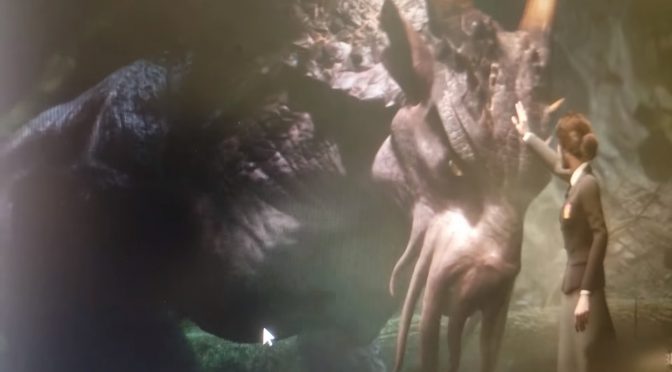 A mysterious video from what appears to be a Harry Potter game has been leaked online. This video shows one minute of gameplay footage and according to its leaked description, the game will be a third-person open-world action RPG that will be set in the 19th Century (1800’s) Wizarding World, and will center around your character with unique abilities who has eared a late acceptance to Hogwarts School of Witchcraft and Wizardry.

Now we don’t know whether this is a real unannounced game from a triple-A studio or just a fan-made project that was created to showcase what an indie team is capable of producing. Still, the character models look great, there are some really cool physics effects, and for the most part it looks like a pretty polished product.

Your player will be a newly arrived 5th year student to Hogwarts that demonstrates a latent gift for magic with a unique ability to track and identify remnants of a potent ancient power.

“Upon arrival, strange events begin to materialize In the Forbidden Forrest and trouble begins to brew within the castle walls. Together with Professor Elezar Fig, you embark on a journey through both familiar and never before seen locations to bring to light the truth behind these mysterious occurrences.

On your quest you will craft potions, master new spells, and discover fantastical beasts. You will battle Dark Wizards, Goblins, and other supernatural enemies and uncover the truth about your destiny – the Fate of the Wizarding World lies in your hands.”

According to reports, this Harry Potter game may be revealed at Microsoft’s X018 event in Mexico City this November, so stay tuned for more!