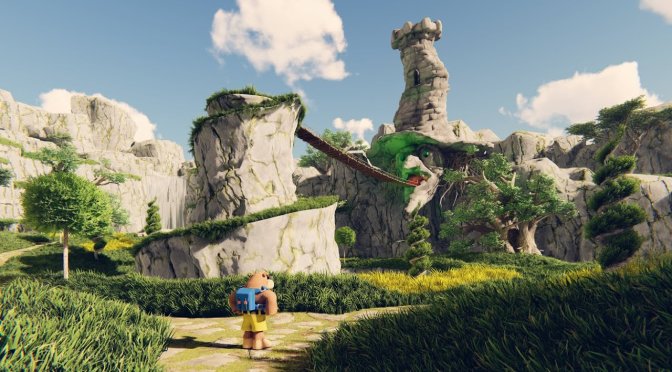 Project Dream has released a pretty cool video, showing what Banjo-Kazooie Remastered could look like in Unreal Engine. This is an amazing fan recreation, and we highly recommend watching it.

Now in case you weren’t aware of, Spiral Mountain is a world featured in every game in the Banjo-Kazooie series to date. The level is Banjo and Kazooie’s homeland, and the former homeland of their nemesis Gruntilda Winkybunion. This is basically the starting area of all games, and functions as a tutorial for new players.

As with the Mario fan remakes, this does not maintain the cartoonish art style of the original game. I know that some do not like this more “CG” style, but I find it cool. Now if only someone could remake Banjo-Kazooie with such overhauled environments and these highly detailed character models.