A few days ago, Square Enix and Crystal Dynamics removed the Denuvo anti-tamper tech from Shadow of the Tomb Raider. As such, and after some reports, we’ve decided to benchmark the game and see how it performs now that Denuvo is no longer available. And, surprisingly enough, the game now runs noticeably faster.

Now while Square Enix rolled back this latest update for the game, you can still access it via the Steam beta builds. For what it’s worth, this latest version ran without issues on our PC system.

As we all know, Denuvo may introduce some additional CPU overhead. As such, we’ve decided to benchmark scenes with settings that would introduce a possible CPU bottleneck. Therefore, we benchmarked the game at 1080p/Highest Settings (without Ray Tracing or DLSS) and 1080p/Lowest Settings.

Square Enix and Crystal Dynamics claimed that this latest update upgrades NVIDIA DLSS to the latest version, brings an improved shadow denoiser for use with ray traced shadows, updates to multiplayer infrastructure to use Epic Online Services and fixes specific compatibility issues with Intel GPU hardware. This is why we did not use DLSS or Ray Tracing. Apart from these improvements, this patch does not pack any CPU or memory improvements/optimizations (at least according to the developers themselves).

At 1080p/Highest Settings, we saw a small performance improvement in the built-in benchmark. The first and third/last benchmark levels/areas performed slightly better. On the other hand, the performance in the more GPU-bound second benchmark level/area remained the same. 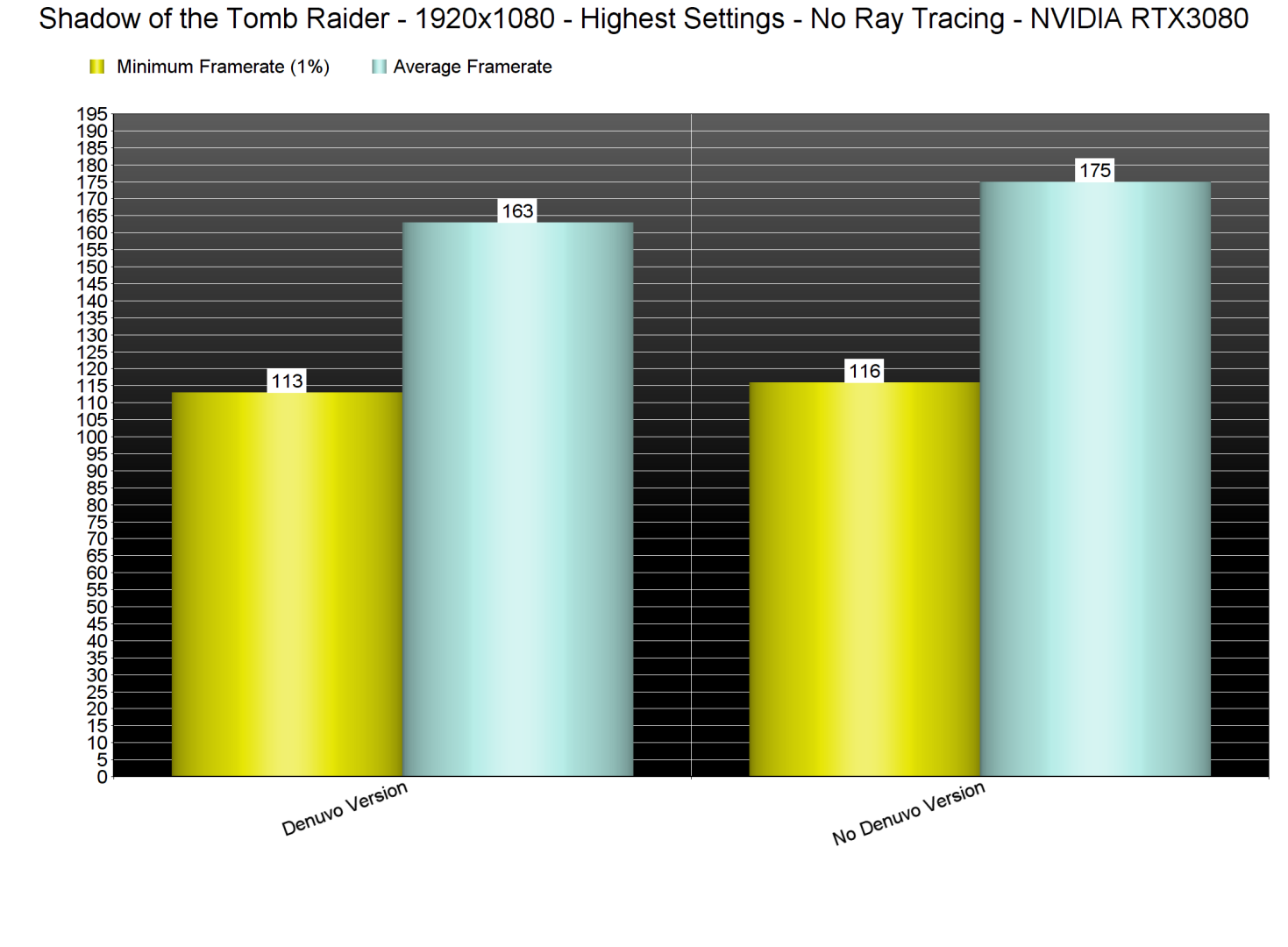 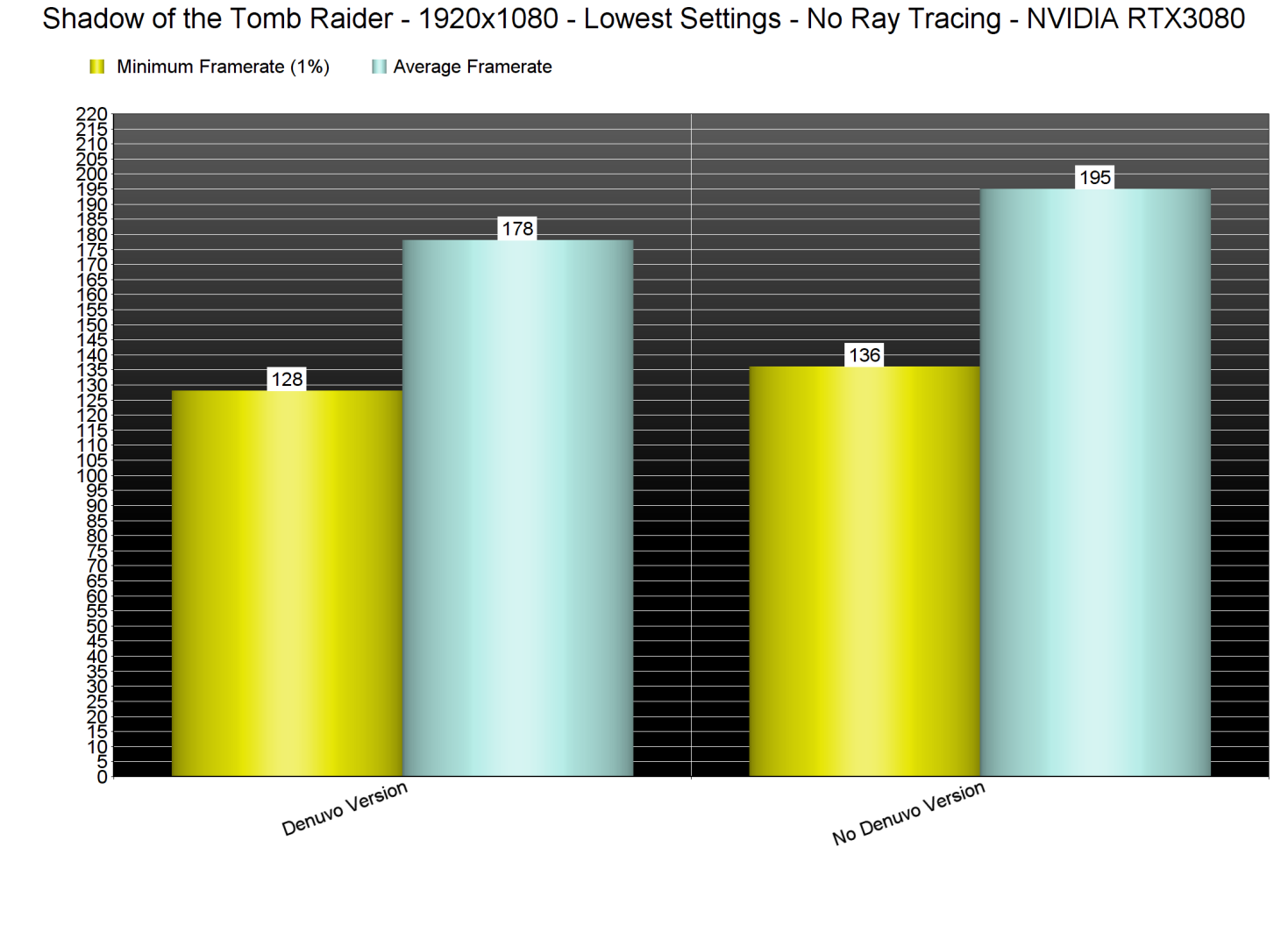 What this ultimately means is that Denuvo did affect performance in this particular game. Again, Crystal Dynamics did not mention any CPU/memory optimizations. Thus, this performance boost is most likely due to the removal of Denuvo. These performance improvements are also more noticeable on older CPUs. So, Shadow of the Tomb Raider is a game that players can use as an example of a game running worse with the Denuvo anti-tamper tech!