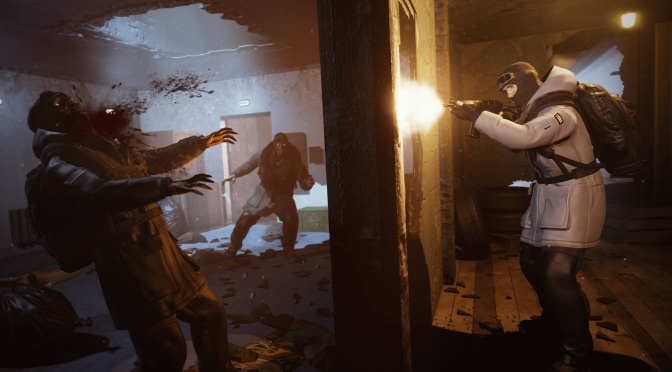 Fntastic has released a video, showing 2 minutes of raw gameplay footage from the alpha version of Dead Dozen. In DEAD DOZEN, eleven players are being chased by a Ghoul and they have to survive by looting, barricading and cooperating. However, once a player is killed, he/she will turn into a Ghoul that their comrades will have to kill.

As we’ve said back in December 2017, when Fntastic released the pre-alpha trailer for it, the game appears to have potential but needs a lot of polish. And this latest gameplay footage is not up to what we are hoping, especially regarding bullet enemy reactions.

Fntastic originally planned to release the game in Early Access on January 18th. The game was delayed though and its Early Access release in now scheduled for a February 9th release. This Early Access version will include the core game loop alongside a lot of the mechanics, 1 map, multiplayer and matchmaking.

Enjoy and kudos to RAMPAGA for informing us!