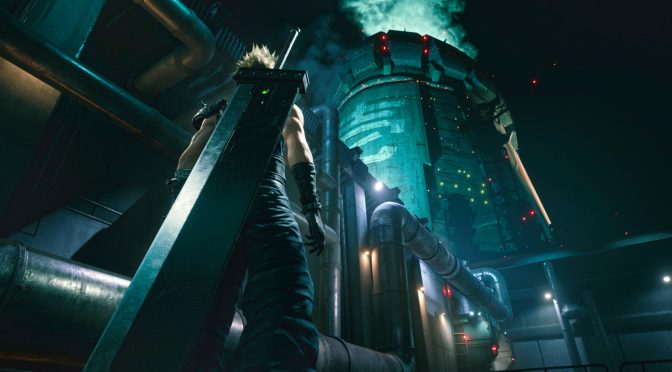 Final FanTV has shared an amazing video, showcasing what Final Fantasy 7 Remake could look like with a classic PSX camera system. This is a proof of concept video, aiming to inspire the modding community to create and release such a mod.

Now while this video does look great, I have to say that playing the game via this camera system may get a bit confusing. Take for example the indoor area at 1:10. In this area, Cloud has to ride an elevator. In order to do so, he must interact with the elevator button, and this seems to be impossible with the classic PSX camera system. Not only that, but if you haven’t already played the game, you won’t know where to go in this room in order to advance the story.

One way to resolve this issue is to also implement some icons in areas of interest. By doing this, players will know where to go. However, I don’t really know whether such a thing is possible to add in FF7R.

Lastly, and speaking of Final Fantasy 7 Remake, I also suggest downloading the following mods. This FOV/Camera Distance Modifier Mod lets you adjust the camera viewpoint to your liking. Dynamic Resolution Disabler is a must-have mod that de-activates DRS (which is enabled by default). Another cool mod unlocks the dev console, allowing you to also unlock the game’s framerate. For those using an Xbox controller, I also suggest downloading this mod that replaces the Playstation prompts. And let’s not forget the in-game character customization mod.