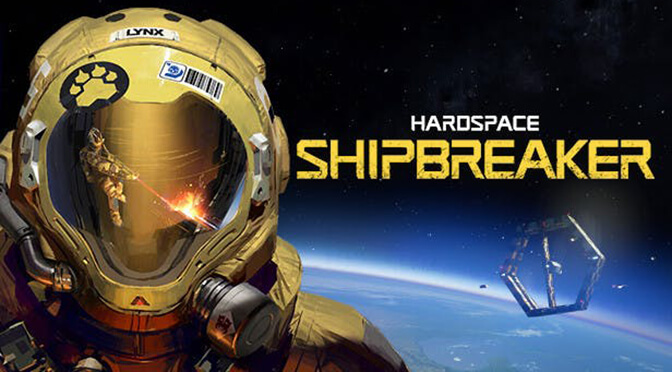 Hardspace: Shipbreaker is space salvage simulator from developer Blackbird Interactive, creator of the Homeworld series. The game is now available through Early Access on Steam for twenty dollars.

Players inherit a massive debt that can only be paid through salvaging space ships and stations. These must be broken through to extract the components within, and later sold for money. This way you can buy upgrades, salvaging rights on more valuable ships, or simply just pay off the debt.

Right now the game offers around fifteen hours of gameplay, and three difficulty levels. There is also a Free Mode in which you can break ships without time limits.

Across your career, you’ll have the privilege of paying your debt to us by purchasing salvaging rights to increasingly large and valuable ships. Cut them open and extract as much value as possible!

You are equipped with the latest in LYNX tech. Carve entry points, salvage valuable materials and components with your cutting tool or slice scrap metal at any angle into a million pieces as you ponder a lonely existence… the possibilities are endless! Be cautious – dying is extremely unprofitable.

We strongly advise upgrading your tools, helmet and suit to take on more lucrative contracts – all you need to worry about is how you’ll pay for it!

You can watch the first 23 minutes of gameplay from Hardspace: Shipbreaker below.