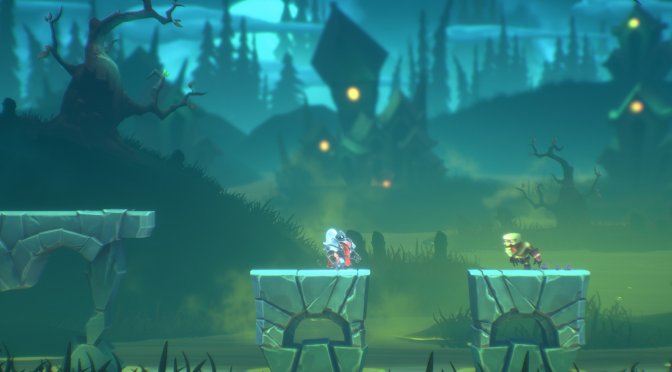 In February 2020, we informed you about an upcoming 2.5D action platformer that will be using Unreal Engine 4, Ghost Knight: A Dark Tale. This game is being developed by one person, and you can find below a brand new gameplay trailer for it.

The game is set in a toon dark fantasy world, where a mad king, in search for immortality, opens portals to a dark dimension. Players must traverse an epic land of undead, demons, witches, and beasts to stop the mad king’s misled quest. Players will be also able to test their reflexes with the dash move and a variety of spectral powers.

From what we can see, this upcoming action platformer has some elements from the classic Ghosts n Goblins. While it’s not an exact copy, you can easily notice its inspirations. Also, keep in mind that this is a project from only one guy.

There is currently no ETA on when Ghost Knight: A Dark Tale will come out. Naturally, though, we’ll be sure to keep you posted.

Enjoy this gameplay trailer and stay tuned for more!