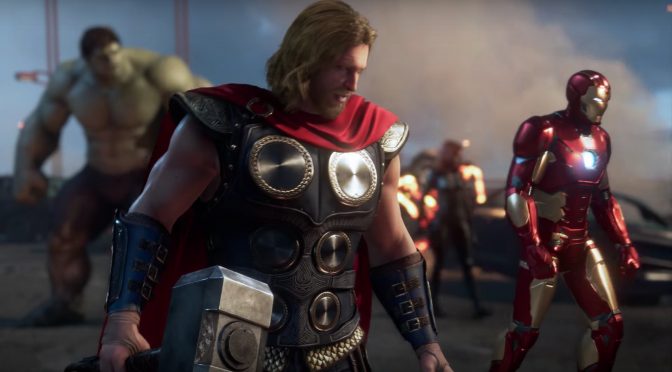 Earlier today, we informed you about the A-Day demo for Marvel’s Avengers that was showcased at San Diego Comic-Con 2019. And, as you may have guessed, a video has surfaced online leaking some gameplay footage from it.

As with the previous gameplay leak, this video was also captured on a mobile phone, meaning that it’s of a really low quality. Still, and contrary to that first leak, you can at least clearly see what is happening on-screen in this new leak.

This leaked video shows Thor fighting some enemies, giving you a small glimpse at the combat mechanics of this new Avengers game. In case you are wondering, this sequence is from the start of the A-Day demo.

As Square Enix stated a few hours ago:

“Thor is the first to arrive at Golden Gate Bridge to help civilians and deal with the masked men wreaking havoc. He performs a variety of heavy and light attacks, both on the ground and in the air.”

Again, you should not expect much from this leak, however I’m pretty sure that a lot of Avengers fans will find it interesting. I also expect Square Enix and Marvel to immediately take down this leaked gameplay video, so go ahead and watch it while you still can.

Square Enix plans to officially release the first gameplay footage for Marvel’s Avengers the week after Gamescom finishes, so stay tuned for more!

Here is another video, showing some more gameplay footage from Marvel’s Avengers SDCC 2019 demo (kudos to our reader ‘Ketikoglou’ for sharing it with us).