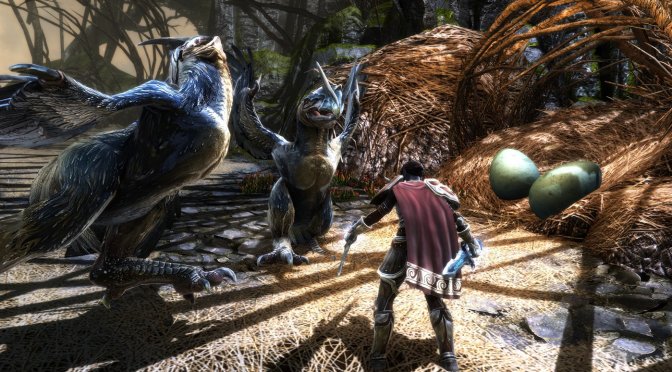 THQ Nordic has released the first gameplay trailer for Kingdoms of Amalur: Re-Reckoning. This trailer will give you a glimpse at the game’s improved graphics, so be sure to watch it.

“Three paths are available to forge your fate. Choosing Finesse will grant you access to the ways of a silent hunter and vicious rogue. With an arsenal of daggers, Fae-Blades, and bows you will deal precise damage to your enemies. Use traps, bombs, poison, or other elements to stay one step ahead of your adversaries. Going for Finesse means going for a nasty playstyle: stay stealthy and hidden and strike with surprise on your side. Deliver critical hits, let your enemies bleed out, or suffer from poison.”

Kingdoms of Amalur: Re-Reckoning is coming to the PC on September 8th. Below you can also find its key features.