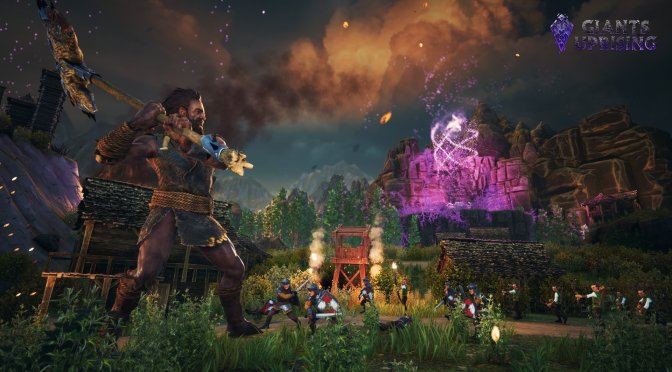 Varsav Game Studios and IGN have released a new gameplay video for Varsav’s reverse tower-defense game, Giants Uprising. In addition, Varsav has released the game’s official Gamescom 2020 trailer that you can also find below.

Giants Uprising is a fantasy hack’n’slash full of giants that promises to have unlimited destruction. Players will take on the role of a powerful Giant who finally releases himself from enslavement to seek revenge on the ruthless human race. Thus, players will crush, destroy, and massacre everything they encounter on their way.

Players will also be able to buy weapons, armor, and amulets with in-game currency, upgrade their equipment, and continually increase their skill level to put an end to the way humanity is exploiting their race once and for all.

As the team has noted, players can use their fists, clubs, hammers, stones, and brass knuckles to crush people. Additionally, they can raze villages, towns, and any other settlements they find to the ground.

Lastly, the game will feature a Smash Mode in which players can terrify and destroy everything in their path.