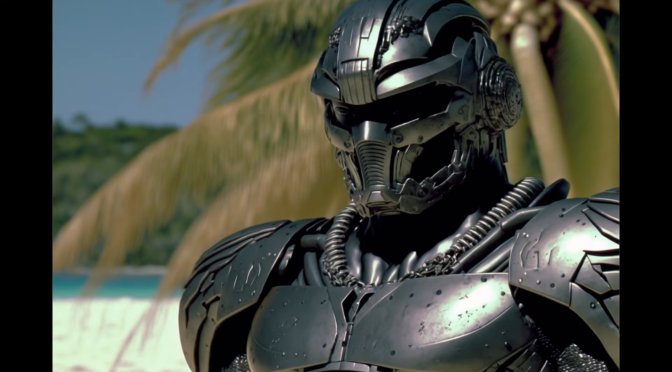 As we’ve already said, these concept images were created by AI. And, to be honest, I’m really fascinated by them. Sure thing, there are limitations. For instance, the AI has a lot of trouble recreating fingers (Nomad in Crysis at 0:08 has seven fingers). Still, this is sooooooo cool.

In case you didn’t know, I’m a huge Crysis fan. Thus, it was really cool witnessing this AI-created video. Truth be told, the nanosuit could have been better and Psycho looks kind of bad. And yes, the protagonist looks identical to Jean-Claude Van Damme. On the other hand, though, the jungle/tanks/explosions/soldiers scenes were truly amazing.

What’s also ironic here is that the Halo video looks more faithful to the game than the official TV series. And contrary to it, in this AI-created concept Master Chief wears his helmet.

As for the Resident Evil 2 and Resident Evil 4 videos, these target a specific B-movie aesthetic. And, funnily enough, the AI has succeeded in offering this. So keep that in mind while watching them.