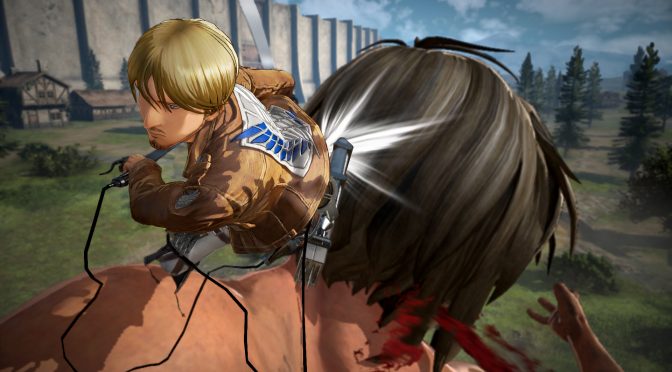 KOEI Tecmo has released a new action trailer for Attack on Titan 2. Attack on Titan 2 targets a March 2018 release and this trailer highlights some of the newer combat mechanics available in it.

Attack on Titan 2 will let fans experience the gripping events of the anime’s second season. The game will feature all new challenges, and a wide selection of playable characters from Attack on Titan, including some new faces from the second season.

In Attack on Titan 2, players will be able to create their own Custom Scout. Players will also be able to play as Eren Jaeger, Mikasa Ackerman, Armin Arlert and Levi. Moreover, Miche Zacharias, Nanaba, Gelgar, Ymir and Christa Lenz will also be playable.

Here is hoping that this new KOEI Tecmo game will feature proper and native mouse controls.