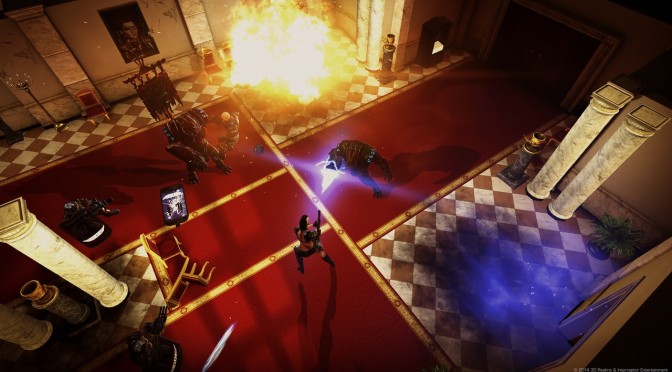 Interceptor Entertainment and 3D Realms have released a new gameplay trailer for Bombshell, an isometric action role-playing game set for release on the PC.

Bombshell blends first-person shooting controls with an isometric perspective, empowering the player to save the world with deadly speed and accuracy.

The game aims to feature fast-paced shooting, role-playing style mechanics and an exciting story that will – hopefully – evoke a level of depth and intensity to the genre.

In case you are not aware of, Bombshell was originally meant to be a Duke Nukem title. However – and after various legal issues – Interceptor and 3D Realms dropped every reference to Duke Nukem and introduced a new character, enemies, and locations.

From this latest trailer, Bombshell looks kind of fun. Truth be told, it looks way too similar to all latest arcade isometric shooters but let’s see whether Interceptor will be able to deliver on its promises.