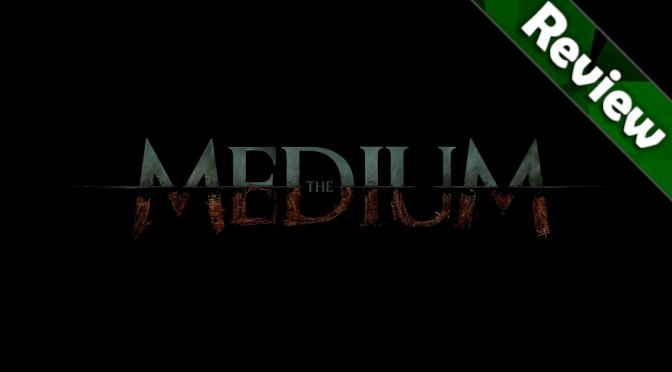 The survival horror genre celebrated a golden age under the PlayStation 2, but it seems as if these games are becoming an endangered species in recent times. A few titles like The Evil Within and recent Resident Evil remakes do a good job at keeping the dream alive, but let’s face it: That classic flavour of horror always becomes diluted with too many jump scares and a stronger focus on action.

While some of the best survival horror franchises sometimes include combat and strong scares, it is ultimately a gripping story, the vulnerability of their protagonists and a carefully-tailored atmosphere that puts them in a different league. These games thrive on a careful balance between these components which makes them very difficult to get right, and notoriously easy to mess up. No wonder studios are hesitant to make games in this genre.

Thankfully we have horror enthusiasts like Bloober Team who obviously have a sharp insight into what makes these games tick, and they have put this into practice with their latest release, The Medium. I had a great play-through with The Medium because this game is very much a modern and cinematic survival horror title, but it consistently stays faithful to the classic building blocks of this genre.

It’s rare to see a medium so well done

Okay, I promise not to use any more steakhouse puns… or maybe I will do just one more. Don’t know, let’s see how it goes.

In The Medium players mostly take on the role of Marianne, a ghost whisperer who can manifest an astral form of herself into a spiritual limbo between life and death. As you can imagine, it is a realm teeming with lost souls who remain trapped due to unfinished business. Marianne uses her supernatural powers to set the lost souls free by fixing their worries in the real world.

The story kicks off when our girl receives a mysterious phone call from a man who calls himself Thomas. This guy, who sounds like he could be Hannibal Lecters’s creepy brother, tells Marianne he can explain not just her supernatural ability to communicate with the dead, but also the true meaning behind her recurring nightmare.

Creepy Thomas further informs Marianne her answers lie in Niwa, an abandoned workers’ family resort located in Poland. This place has a dark, secret history, and she will only understand the true nature of her powers by meeting Thomas here. (The game’s opening prologue doesn’t overtly say whether or not Marianne is Polish herself, but it is safe to assume she probably is.)

So Marianne hires a small team of expert paranormal investigators and the most highly-recommended supernatural mercenaries with specialised phasmaphobic weaponry. She also packs in a small holstered pistol just in case.

Like the world’s most stereotypical horror protagonist, Marianne hops on her motorbike and drives unarmed and completely alone to the forsaken installation in the middle of nowhere. She didn’t even bring along a flashlight! As a surprise to no one, Niwa has been abandoned for decades, and Thomas is nowhere to be found, but our hero decides to take a look around anyway.

Existing in two worlds, and not living in either

While the The Medium’s narrative relies on a painfully obvious cliché to set up, the rest of the game turned out to be thrilling, spooky adventure that shows Bloober Team’s talent for this kind of storytelling. Crucial moments in the plot are told through cut scenes that use good cinematography, and all the main characters are brought to life by a well-chosen ensemble of voice actors.

I particularly appreciated the talent of Kelly Burke, the actress that plays Marianne who avoids allowing her character to crumble into a whiny, whimpering mess during moments of fear or anger. Burke’s more subtle and restrained performance ensured that Marianne always felt relatable and ensured I never yearned for the Skip Cutscene button.

The most palpable inspiration for The Medium’s basic gameplay is obviously the early Silent Hill games as the levels likewise function as maze-like obstacle courses. Since being abandoned, the Niwa resort has fallen into a dilapidated state so the player is on a perpetual hunt to find keys, bolt cutters, and whatever else to find their way around the rubble and ruin.

However, whereas the ‘otherworld’ in Silent Hill could manifest unexpectedly, Blooper Team have taken a somewhat different approach with this game mechanic. In The Medium, Marianne can use mirrors to slip in and out of the spectral realm at will, which adds a sort of meta layer both to how the player engages with the environments and puzzles.

For example, a common objective in the game was to restore power to a switch that would activate a pump station, or open a security door. In these moments a solution might lie in the spiritual realm where the switch’s macabre counterpart could be powered with spiritual energy, and thereby restore its functionality in the real world.

This energy isn’t just lying around, but Marianne can create a fount of spiritual force by helping spirits pass on or by repairing objects with potent spiritual memories. It is also in these otherworldly tasks that the game imparts stories by some of Niwa’s deceased residents which help the player piece together what caused the downfall of this place.

If, like me, you are still having PTSD after that Shakespeare book puzzle from Silent Hill 3, rest assured that The Medium’s brainteasers are based more in practicable problem solving rather than abstract deduction. In this way the game stays focused on telling its story, and time is never wasted on tangential or infuriatingly abstract puzzles.

Bloober Team’s commitment to providing a true survival horror experience also shows in how few enemies and jump scares they built into their game. To be sure, there was one or two moments that scared the utter crap out of me (and sent the cat flying off my lap), but they are far and few between.

That is not to say that Marianne’s trek through Niwa will be a walk in the park, however. An extremely malevolent entity known as The Maw stalks this place, and while the creature isn’t particularly grotesque compared to monsters we have faced in other games, it is easily one of the scariest. This is thanks to a very good combination of sound design and Troy Baker who provides the spine-tingling  voice of this abomination.

In the segments where Marianne encounters the Maw, the player will have to control her breathing and draw on stealth gameplay to slip away unseen. In other sequences it is already too late, and she has to run for her life in thrilling chase sequences with the abomination hot on her heels. It is insanely exciting and terrifying at the same time.

The death of beauty

The Medium looks incredible with some impressive visual tech working underneath the hood, and I have no reservations in calling it an Unreal Engine 4 masterpiece. The game uses sharp, high definition textures to render both the main character and the world around her in excruciating detail, and you can even add ray traced lighting if you GPU is up to the task.

The results are that Niwa feels not just real, but like a place that is imparting its story as I moved through its desolate spaces and claustrophobic corridors. Some areas have been filled with rubble and overgrown with plants. Other rooms, like an abandoned office, are strewn with papers and used cigarette butts. It is all very melancholic, but also extremely immersive at the same time.

I particularly admired how the spirit realm has received an equally detailed visual design, but with a completely different tone. This world draws its inspiration from the haunting work of famed Polish artist Zdzislaw Beksinski, and depicts an aura of death, abandonment and timelessness in stark relief.

These have always been central tropes in Beksinski’s art, and it compliments this game very well indeed. If anything, you could say Bloober Team are paying tribute to their fellow countryman.

The only complaint I have on a visual front is that the lip-syncing in cut scenes seems a little off. Not necessarily a huge problem, but it does make some of the more dramatic moments difficult to take seriously, and even a little funny.

For those interested, my overdue-for-retirement GTX 1070 ran anywhere from 38 to about 55 frames per second on mostly ultra settings. I switched on ray tracing for a laugh causing my GPU to start screaming in pain, and it threatened to leak my Google search history if I didn’t turn it off, so that was the end.

It always start with a girl dying…

While Layers of Fear and Blair Witch were not necessarily bad games, Bloober Team have used constructive criticism to refine their craft from these earlier attempts. It’s not the well-crafted graphics, the interesting story or the terror-laden atmosphere that makes their latest game an engaging survival horror romp: The experience lies in how these elements come together.

The Medium is a rare gem which understands how survival horror evolved the techniques of story-telling in video games, and demonstrates how modern hardware can be a complimentary vessel for this genre. For those who insist that this genre died after Silent Hill 4, let me have the pleasure of telling them that they are finally wrong.