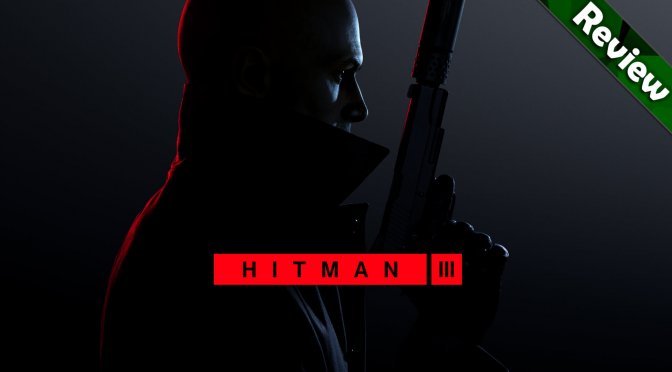 Hitman 3 brings IO Interactive’s “World of Assassination” trilogy (which started with Hitman 2016 and was followed up by Hitman 2) to a close. And, despite some minor issues, it’s a pretty good game.

According to Steam, my playtime sits around 90 hours for both games combined which enough time to get a deeper understanding of what the sandbox assassination games have to offer. So, after spending around 20 hours in Hitman 3, here are my thoughts.

The new entry focuses more on its story. Lengthy cutscenes play out before and after each of the 6 levels, they are fully animated, and they are well voice acted. This is a nice improvement over Hitman 2’s cutscenes which were predominantly stills.

In Hitman 3, the stakes are higher and it’s much more personal for 47.  I’m not going to go into spoiler territory,  but in my opinion, the game brings a satisfying conclusion to the series. While Hitman has never been entirely about story, it does provide some context to your actions, and if you do plan on following the story in this trilogy, it goes without saying that you should play through Hitman and Hitman 2 before starting with Hitman 3.

The levels in the Hitman games are essentially sandbox assassination playgrounds. Hitman 3 does not change the formula or add anything significant besides some new levels. The developers touched up the speed of some of the animations to feel more fluid, added a camera gadget, the need to manually enter codes into keypads, and unlockable shortcuts.

The camera mostly serves to open certain windows, take pictures of clues and open some vents and doors. Disappointingly, though, it does not provide any kind of actual photo mode. Shortcuts are persistent and once unlocked, they will grant access to previously unaccessible routes for any future runs, which is a nice touch.

There are 6 levels available, 5 of which are the traditional style sandbox levels you’d expect to find within this series. All of the above mentioned 5 levels are relatively large with a lot of moving parts, look great, and are pretty varied. There are also numerous ways of getting to your assigned targets, who each follow their own set of routines.

After selecting your equipment, starting location, and your stash, you’re loaded into the level. At this point, it’s up to you to figure out when and how to kill each target, and then leave the area undetected…. or not.

The use of disguises allows you to move through specific areas or perform actions that would otherwise be considered suspicious. Being in a restricted area when not wearing the appropriate attire counts as trespassing and will get you noticed, and subsequently escorted out by security or have the alarm sounded. There are also “Enforcers” scattered around each level (NPCs that will see through disguises). It’s possible to avoid them by blending into crowds or by performing staff actions when these are available.

There are plenty of ways to assassinate each target, ranging from less direct methods like environmental hazards or objects, poison, electrocution to the more traditional methods like explosives, fiberwire, and firearms (to name a few).  In addition, each level also has level-specific executions available.

Of course, if you don’t feel like being a stealth assassin you can just go in guns blazing. While this does work, and can be pretty entertaining, it’s probably not the best approach, especially if you are going for a good score.

Sadly, the final and 6th level is a far more linear, go from point A to B, scenario.  It was enjoyable while it lasted, but since it’s not a sandbox playground like the other levels, which is arguably the strongest and most unique part of the series, it lacks the same degree of replayability.  I was expecting to be funneled into a larger sandbox grand finale which never came, and as a direct result, it felt somewhat anticlimactic.

At any rate, most levels also have a number of different “Mission Stories”, which are guided story arcs that essentially allow you to get close to your targets in some way, and it will take multiple playthroughs to complete them all. Unfortunately, Hitman 3 has far fewer of these “stories” than the previous games (about half or less in some cases, with 2 levels that don’t actually have any at all, including the last level).

Thankfully though, the bulk of the replayability comes from doing the various challenges in each level. These challenges require a good knowledge of each location and the behavior of the targets.  The toughest of these challenges are probably the Silent Assassin ones, which task you with killing the targets without using disguises, without being detected, without having bodies found, without killing non-targets, and doing it all as fast as possible. This forces you to use creative routes to access restricted areas, avoid cameras and hide bodies.  If that’s not enough, you can also increase the difficulty level by one or two notches.

Completing these challenges on each level increases mastery for that level, which in turn unlocks new equipment, new places to stash items (allowing you to get illegal items past frisk points for example), and new starting locations (usually already in disguise). This variety of options allows you to be creative with your approach to a particular run and keeps things fresh and rewarding each time.

There are also “Contracts” (player-created assassinations) you can do, or even create your own for other players to try. And there are plenty of these available.

“Escalations” (assassinations that have 3-5 levels of increasing difficulty), that were present in Hitman 2016 and Hitman 2 seem mostly absent from Hitman 3 with the exception of one on the Dartmoor level. The only other 2 currently available are locked behind the deluxe edition of the game. IO Interactive has released a roadmap for an upcoming content patch at the end of February which contains what looks like two more escalations for standard edition owners, and two more for the deluxe edition owners. So I guess more of these will be added in the future.

Graphically the newer Hitman games have always looked good, but the engine upgrades in Hitman 3 improve the screen space reflections and crowds. As such, the game is shinier than ever. Moreover, there are some other smaller tweaks, including better lighting and a rework of 47’s face. The new screen space reflections are more noticeable in certain locations, but overall it’s a nice improvement. Also, these new reflections are present in all of the Hitman 2016 and Hitman 2 levels.

During my time playing all 3 games, I never had any performance issues, with the exception of the Mendoza stage in Hitman 3. That particular level appears to suffer from optimization problems when looking over the Vineyard from various places. This is the only area where the fps drops well below 60fps. I was able to get it to run at 60fps by setting the world detail setting on Low, but even then it was only just able to maintain 60fps on an RTX 2070 at 1080p. I suspect this is a bug of some kind since there are far more complex scenes with far more NPCs that run perfectly fine. I hope that they sort this out with a future update.

I had two or three instances of NPCs floating or standing in odd locations, a target who would not drink a drink he was supposed to, a section with missing collisions, and a graphics glitch in Chongqing where the washing machines in a laundromat were invisible. Thankfully, I did not experience any crashes or game-breaking issues.

The controls felt a little clumsy at times causing me to sometimes punch an NPC instead of grabbing them. The item selection menu still feels somewhat unwieldy with no way to quick-swap. If I have a pistol in my hand and a rifle on my back, I can’t just switch between them. I have to open the item selection cycle to the rifle and then select it in order to change. The good news is that these were at worst minor annoyances and nothing more.

The AI can also be a little brain dead, but that’s an issue most stealth games suffer from and is not unique to Hitman 3. For the most part, it was fine.

Disconnects occurred occasionally (and always at the worst of times),  causing the game to pause, be unable to save, or important NPC dialogue to be skipped. Disconnects during cut-scenes would drop me back to the menu and I’d have to start it over again. It happened 4 times, and most notably during the final cutscene of the game. In addition, if you are not connected online, none of your progress or challenge completion will count, an issue that would not be present if the game did not require a constant online connection.

On a side note, I also noticed that none of my mission stories completion status has been carried over from Hitman 2016 despite my account progress having been transferred. Not sure about Hitman 2, since I don’t have access to it yet.

Initially, IOI was trying to force PC owners of the previous games on Steam to purchase a content pass in order to access the Hitman 2 content via Hitman 3 on Epic (even though they promised it was going to be free). Needless to say, this did not go down well. There was quite a backlash, so much so that Epic got involved. And now it will be free for PC owners as it should be. I don’t understand why IOI didn’t sort this out with Epic properly in the first place.

The content is still not available at the time of writing this review, but IO assures us it will be available by the end of February 2021.

If you’ve never played a Hitman game, I’d recommend trying the free Hitman location on Steam (unless you picked up Hitman for free on Epic). If you enjoy it, I’d suggest grabbing Hitman 2 Gold Edition along with the Legacy pack (it’s frequently on sale, even at full price it’s cheaper than the Hitman 2 Gold Access Pass via Epic). That will give you all the content outside of Hitman 3. By the time you’ve made your way through all that, Hitman 3 may well be on a discount.

However, if you already own Hitman and Hitman 2, Hitman 3 is a worthy successor and conclusion to the trilogy. Better yet, you’ll have access to all 20 levels under one roof, with all the graphical and gameplay updates, and a smaller install size to boot, which is awesome.

Despite the missing escalations, fewer mission stories, always-online requirements, and Epic store exclusivity (I’m not a fan of exclusives or the feature limited Epic store), I still highly recommend the game. It’s a good Hitman game, and there’s plenty of content to keep you busy for countless hours.