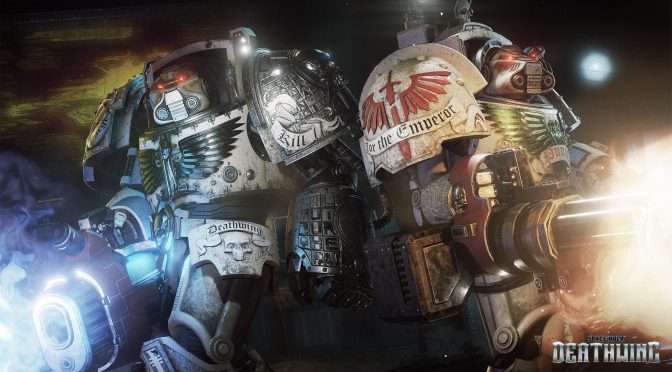 Focus Home Interactive has released a new set of screenshots for Space Hulk: Deathwing, showcasing an elite Terminator squad of the Deathwing as they cleanse a gigantic Space Hulk of the Xeno threat.

Space Hulk: Deathwing is a tactical first-person shooter that will be powered by Unreal Engine 4 and will be playable cooperatively as well as in single player.

Players can join forces as up to four friends, with each of them playing a tactical role in Space Hulk: Deathwing.

“As the Librarian, you can take up arms with the infamous Storm Bolter and harness psychic powers to unleash destruction on the enemy. The heavy weapon support can mow down Genestealers with his assault cannon, while theApothecary is tasked with keeping the squad alive. The melee-oriented assault class can shred foes with brutal assault claws, or barge through the front line with shield and power mace. Finally, a tactician specialistcan support the team with a passive buff as well as other abilities, which is useful for controlling the swarms of Genestealers.” 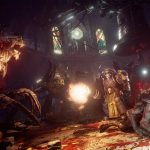 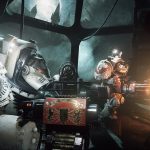 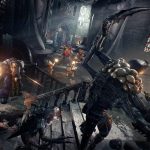 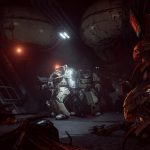 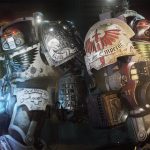