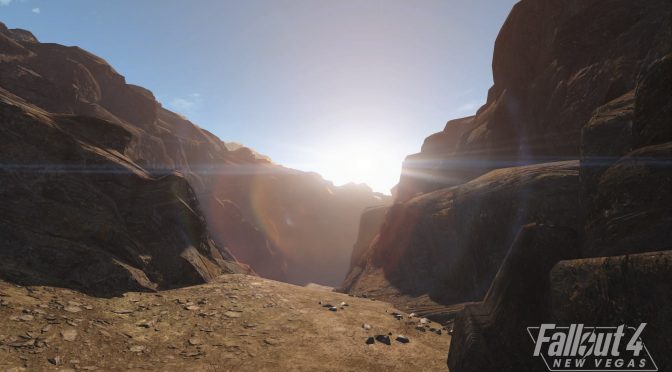 The team behind the Fallout New Vegas mod for Fallout 4 has released some brand new screenshots, showcasing the Crescent Canyon. Crescent Canyon was reworked and redesigned by its Level Design Lead Spacetimebender and aside from being a beautiful and deadly region in Fallout: New Vegas, it also marks the southernmost point of the Mojave Wasteland that can be visited by the player.

Fallout 4: New Vegas is a total conversion mod that aims to recreate Obsidian Entertainment’s Fallout: New Vegas in Fallout 4’s Creation Engine. The mod will feature all of the original quests, story and content, as well as additional gameplay elements and systems from the new and improved engine.

As we’ve already reported, and contrary to the Fallout 3 remake in Fallout 4, the Fallout 4 New Vegas total conversion mod will be released. 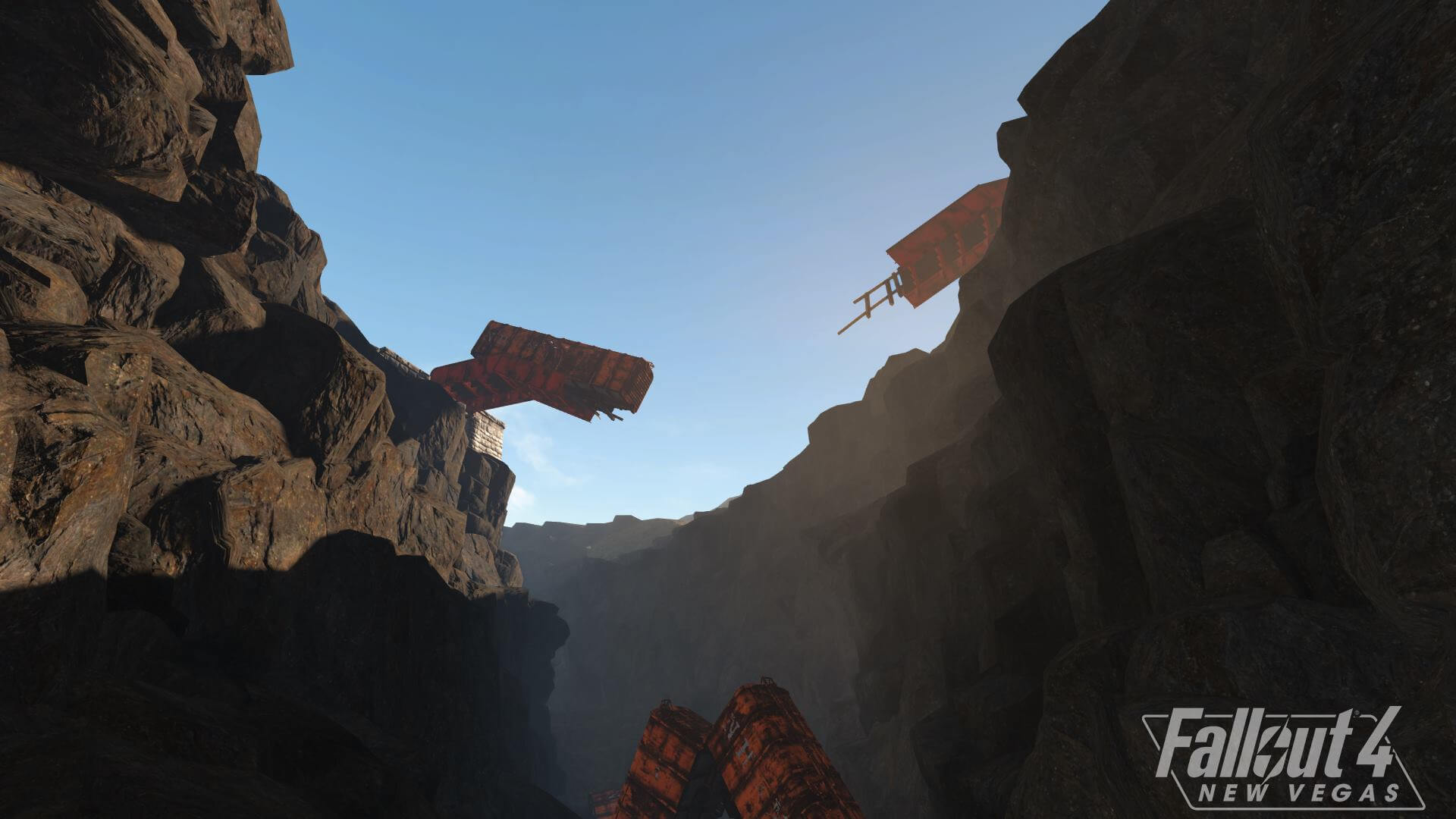 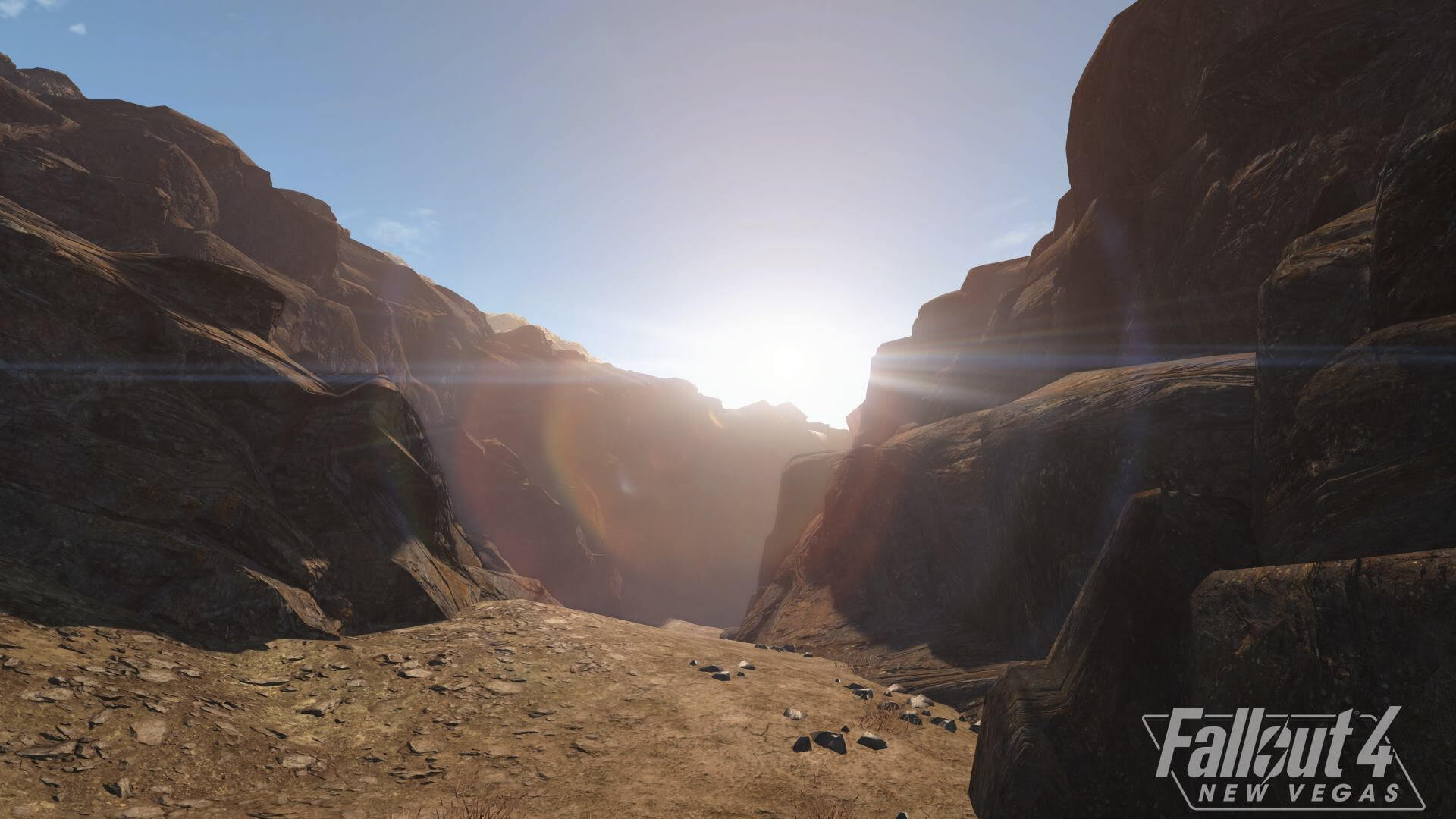