One of the biggest issues of all Gamebryo and Creation Engine games (from Oblivion and Skyrim to Fallout New Vegas and Fallout 4) is their mediocre LOD. Due to the way these engines work, the horizon in the aforementioned games is full of blurry textures and lacks many details/objects. Thankfully, modder ‘pilamin’ released a mod that noticeably improves it in Fallout New Vegas.

According to its description, the ‘Much Needed LOD’ mod for Fallout New Vegas adds new distant level-of-detail to many world objects; from vehicles, roads, barricades, and lots of rocks. The modder tried to create low poly impostors for almost every single rock that dots the landscape and the end result is really cool.

Those interested can download the mod from here. Do note though that it requires the FNVLODGen Utility to generate your landscape LOD. The modder also suggests using the Texture Pack from NeilMc_NMC.

In order to showcase the changes, pilamin released some before/after comparison screenshots (all of them were taken with FNVLODGen Resources and LOD Additions). 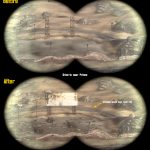 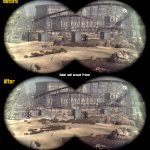 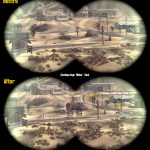 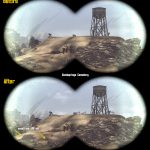 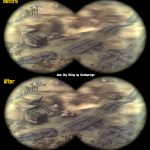 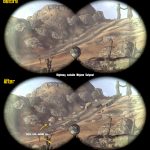