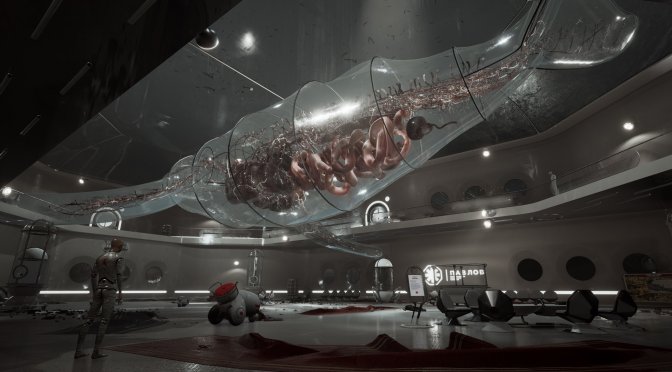 Mundfish has released some new screenshots from its upcoming Unreal Engine 4-powered FPS, Atomic Heart. These screenshots showcase some of the game’s beautiful environments that gamers will explore.

Atomic Heart is an immersive sim with shooter and fighting mechanics. The game will allow players to level up their weapons and abilities, and there will be both crafting and looting systems. Moreover, the game will have some puzzles that players will have to solve.

The game will also support real-time ray tracing effects. Now while there is no ETA yet on when Atomic Heart will come out, PC gamers can download an RTX tech demo.

It’s also worth noting that Mundfish released the latest gameplay trailer for Atomic Heart back in February 2020. Thus, and in case you didn’t have a chance to watch it, we suggest watching it now.