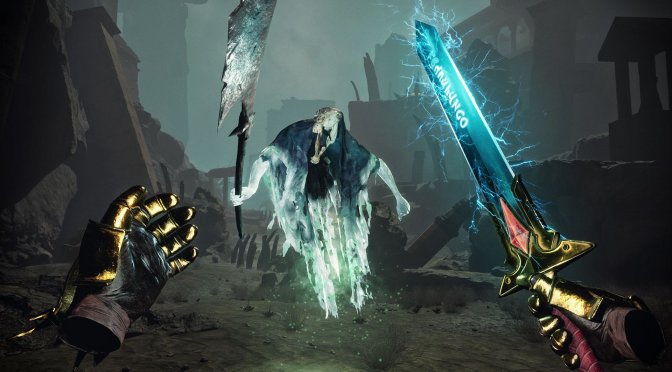 Carbon Studio has released the first in-game screenshots for its upcoming Warhammer VR game, Warhammer Age of Sigmar: Tempestfall. These screenshots will give you an idea of what you can expect from this new Warhammer game.

Warhammer Age of Sigmar: Tempestfall promises to feature a combat system that incorporates both challenging melee combat and immersive gesture-based spellcasting using the iconic weapons of a Lord-Arcanum.

Players will need to retrieve pieces of living metal called Sigmarite, along with forgotten technology schematics. Sigmarite and the schematics will be vital in the process of enhancing their weapons’ combat abilities.

Warhammer Age of Sigmar: Tempestfall will release on PC VR and Oculus Quest platforms in Summer 2021.