Back in May, we shared a comparison between COD2 and COD: WWII. For Call of Duty: WWII, we used a pre-release screenshot that some users thought to be a pre-rendered image. Well, and since we have Call of Duty: WWII on our hands, we can say that the final build comes really close to those visuals.

As we can see, the only thing that has been changed is the lighting system (and the TOD). Truth be told, the lighting seems to have taken a small hit. However, and contrary to other titles, the differences are not that big. 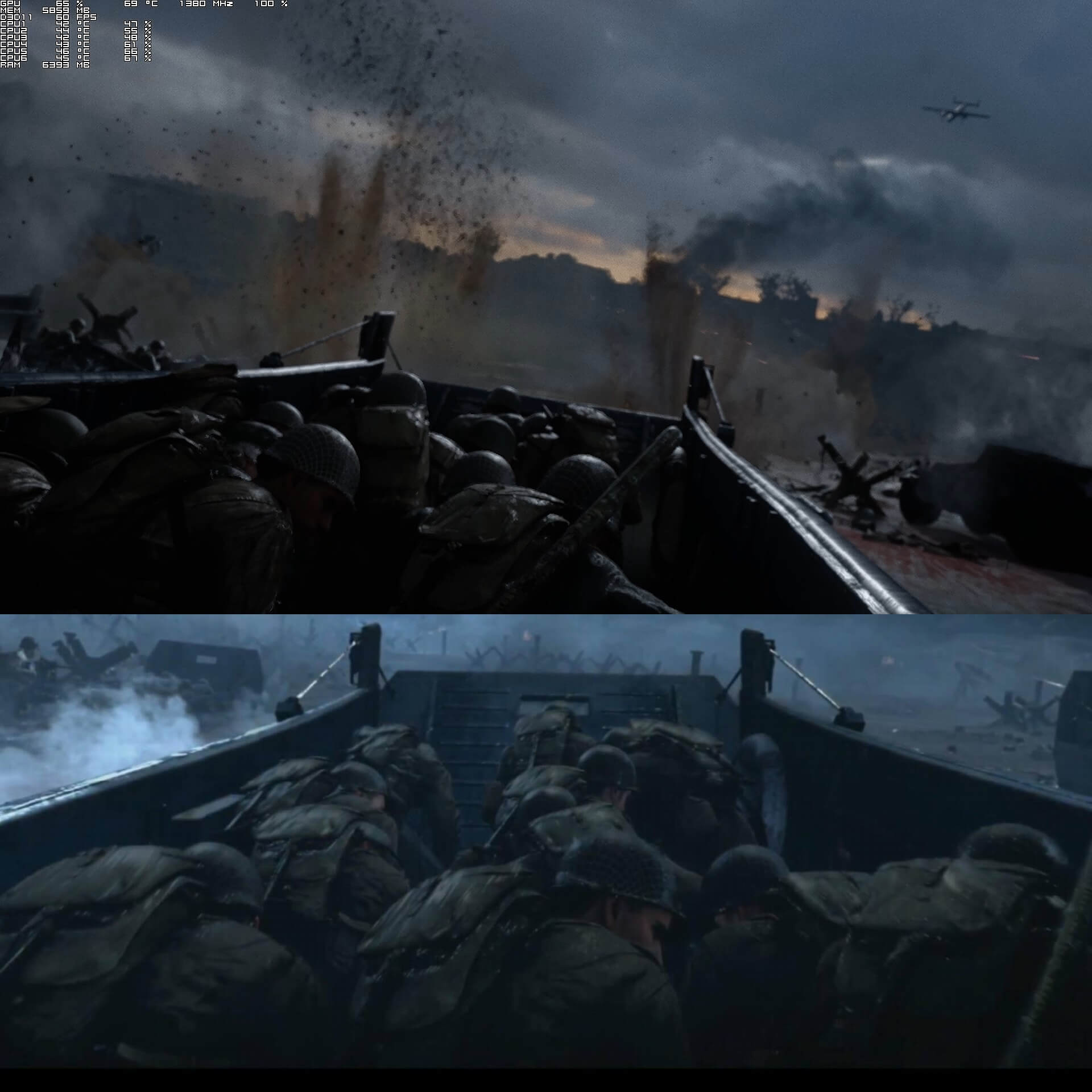 For the most part, Sledgehammer Games has managed to retain the same level of detail. Below we can see a scene from the Normandy mission that looks almost exactly the same on both PC (max settings) and the reveal trailer. Again, the only difference here is the lighting system.

In other levels, the lighting has been changed. As we can see below, the reveal had a better and ‘cleaner’ lighting system. Now while this can be described as an artistic change, we can’t help but also notice the piss filter that was used in the final build.

There are also some artistic differences between the reveal trailer and the final build. For instance, soldiers look too clean at the end of the first mission compared the reveal trailer. However, this does not mean that there is no dirt on soldiers in the entire campaign. For some reason, Sledgehammer decided to make them look clean, which makes no sense. Here is a comparison from YouTube’s ‘Cycu1’. Cycu1 used the PS4Pro, however this artistic change is also present on the PC version.

All in all, it appears that the lighting system of Call of Duty: WWII took a hit. Still, and to Sledgehammer’s credits, the character models and environments remain as detailed as those shown in the reveal trailer. So while the lighting differences are obvious, the game still looks absolutely gorgeous, and came really close to what Sledgehammer showcased back in April.