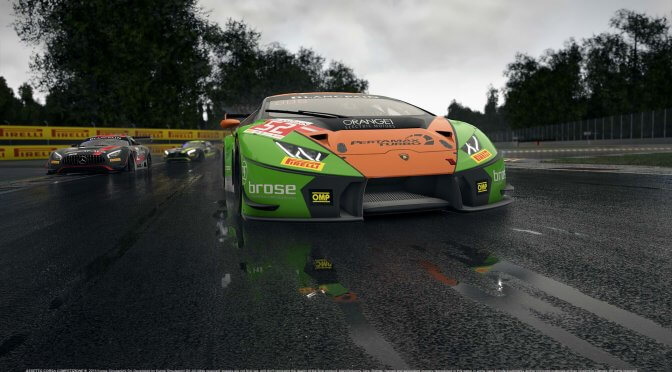 The Early Access phase for Assetto Corsa Competizione has been launched and 505 Games has provided with a key for this new sim racing game. As such, we’ve decided to capture some 4K screenshots from it on Epic settings.

Assetto Corsa Competizione will be one of the first PC games that will support real-time ray tracing. However, and since NVIDIA’s RTX 20XX series have not been officially released yet, KUNOS Simulazioni has not implemented these effects in the game. As such, we’ll take another look at it once RTX has become available.

In order to capture these screenshots, we used our AMD Radeon RX Vega 64. We’ve also included the MSI Afterburner in order to show how this current build runs on this particular graphics card and as you will see, Assetto Corsa Competizione is a really demanding title.

I believe this is the first time I’ve seen the AMD Radeon RX Vega 64 dropping to 10fps and 16fps. Yeap, during a quick race in stormy weather conditions the game is completely unplayable in 4K. Still, this is an Early Access game so performance may increase, however I don’t expect any ground-breaking performance boosts on Epic settings.

Graphics wise, Assetto Corsa Competizione is absolutely stunning and looks as good as the latest triple-A racing games such as Project CARS 2 and the Forza Motorsport and Horizon series. There are numerous of cool effects, the lighting system appears to be great, there are – as you’d expect – screen space reflections (that will be replaced with ray-tracing reflections) and the available cars are highly detailed. Yes, Assetto Corsa Competizione seems to be a demanding title but it at least looks awesome.

It will be interesting to see how this game performs on the NVIDIA GeForce RTX 2080Ti. The game currently uses the DX11 API so we can expect DX12 support alongside the RTX effects.