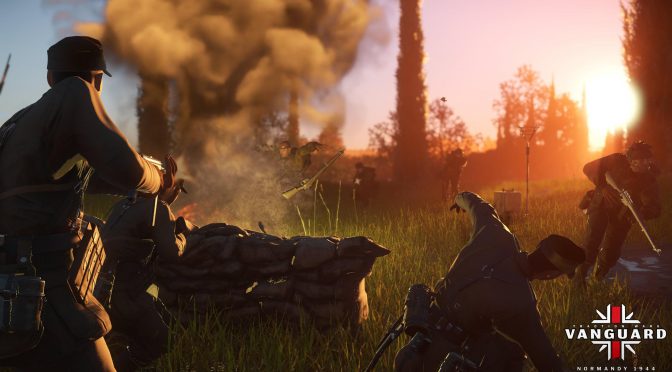 Vanguard: Normandy 1944 promises to deliver infantry combat gameplay where a single bullet can kill and a careless mistake can cost the player and their squad everything. Gamers are given the freedom to complete objectives how they see fit as they take on missions where every life matters and survival is critical to success. Gamers can choose to storm the Normandy coast as the revered British Commandos, take and hold crucial objectives as the elite 6th Airborne, or hold the line as the German Wehrmacht.

According to the press release, Pathfinder Games has developed Vanguard: Normandy 1944 in conjunction with historians who have advised on everything from locations to weapons and uniforms. Players will take on some of the same challenges that were faced during D-Day in an authentic experience which honors, rather than glorifies, the events of World War II.