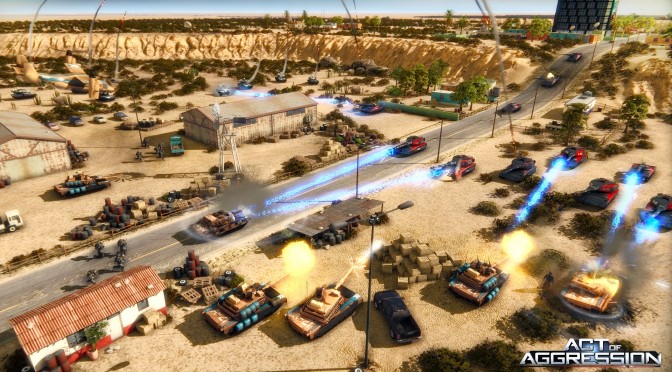 Focus Home Interactive has released some new screenshots for Eugen’s upcoming strategy title, Act of Aggression. Act of Aggression vows to bring about a return to the 90’s Golden Era of real time strategy games, delivering all of the core mechanics sorely missed by many RTS fans: base building, resources management, unit production and dynamic, immersive battles will meet high fidelity production values and intelligent modernization.

“In a world where international crisis and financial ones are set in a seemingly unending loop, the shadowy organization known as “The Cartel” attempt to complete a secret agenda with high-tech technology, stolen prototypes and stealthy operatives. Against this looming threat stands the Chimere, a UNO funded, classified military organization specialized in fast strikes, which attempts to maintain global peace and order. Finally, somewhere between the two stands the US Army, worn out by two decades of being kept on a war footing with too few replacements, but still fielding a great deal of battle-hardened veterans. “

Act of Aggression will include two separate single player campaigns, featuring traditional RTS storytelling and game mechanics: gathering resources, building a base, producing units, as well as supplies to keep the war machine rolling. Technological upgrade, resource storage and base defenses will also be of the order.

Players will be able to extend their base, defend their structures, and create new bases to control key strategic areas on the map. An upgrade system will let players unlock new skills and abilities, and thay will also be able to develop new technologies by unlocking new buildings, units and ultimate weapons. 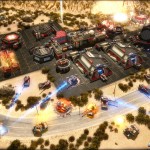 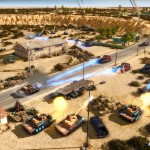 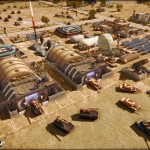 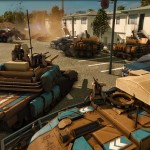