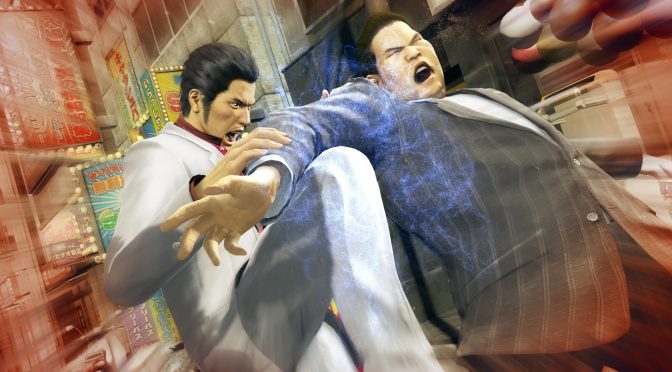 Yakuza Kiwami is a game that a lot of PC gamers were looking forward to, especially after Yakuza 0. SEGA has tried to fix some issues that were present in the previous Yakuza game so it’s time now to benchmark the game and see how it performs on the PC platform. 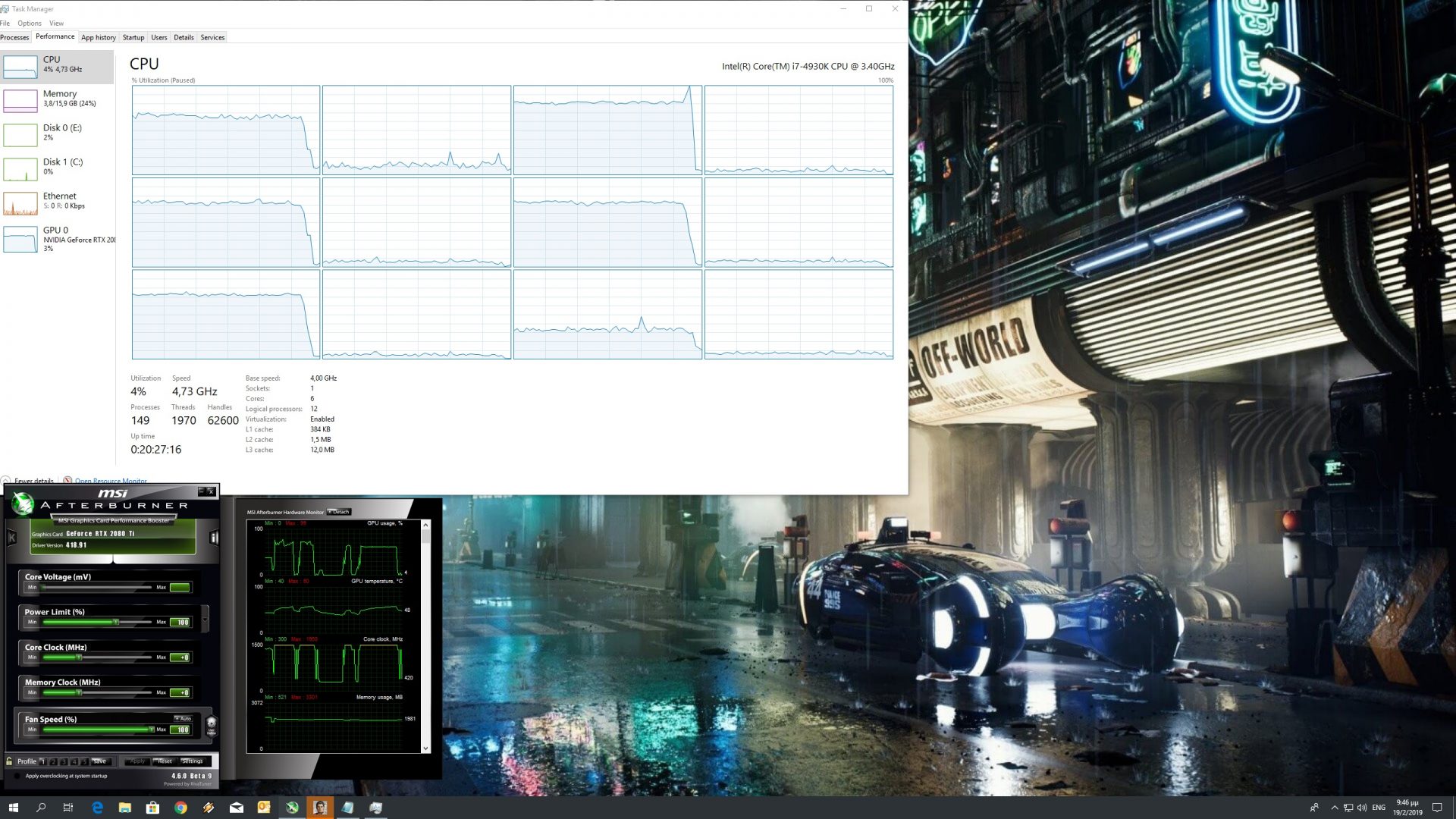 SEGA has implemented a few graphics settings to tweak. PC gamers can adjust the quality of FXAA, Texture Filtering, Shadow, Geometry and SSAA (Super Sampling Anti-Aliasing). There is also a Field of View slider, an option to enable Full Frame Rate Cutscenes, as well as a Render Scale option.

Yakuza Kiwami is a remaster of a Playstation 3 game and does not require a high-end CPU. In order to find out how the game scales on multiple CPUs, we’ve simulated a dual-core and a quad-core system, and we are happy to report that even our dual-core system was able to run the game with constant 60fps at 1920×1080 on Ultra settings (with 4X SSAA). 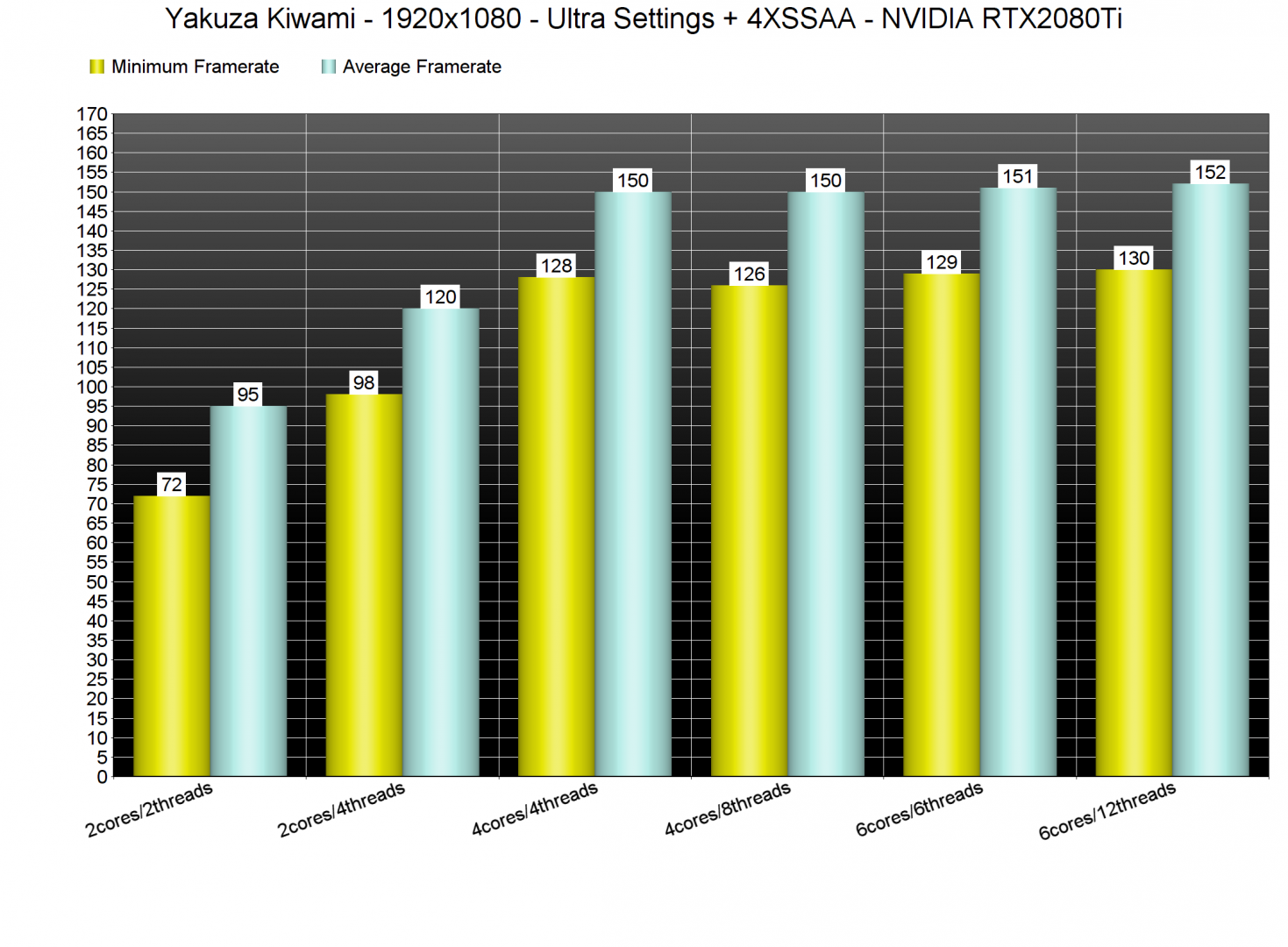 Yakuza Kiwami also does not require a high-end GPU in order to be enjoyed. At 1920×1080 on Ultra settings with 4X SSAA, our AMD Radeon RX580, AMD Radeon RX Vega 64, NVIDIA GTX980Ti and NVIDIA RTX2080Ti were able to run the game with constant 60fps. 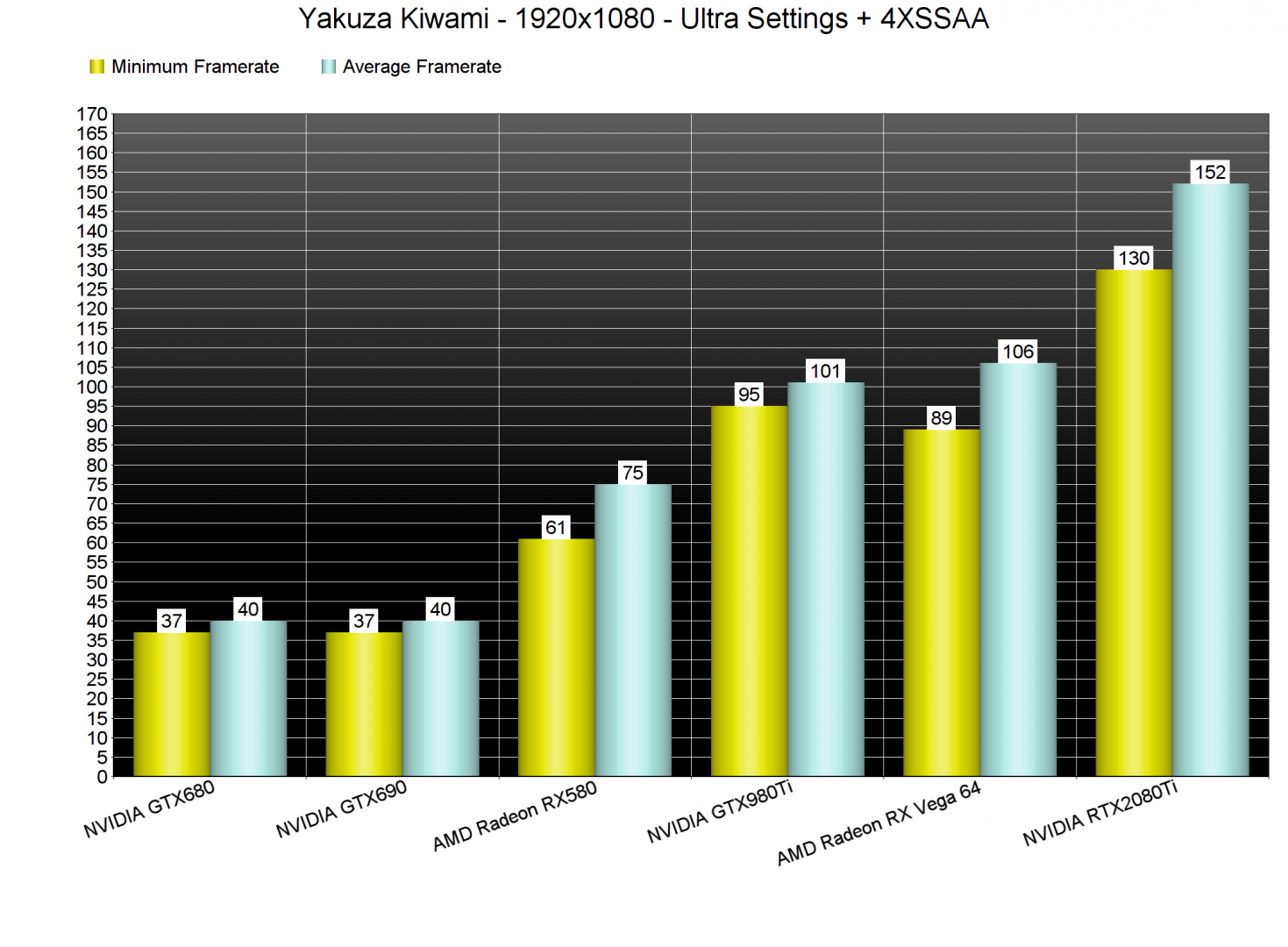 At 2560×1440, our top three GPUs were also able to provide a 60fps experience. As for 4K, only our RTX2080Ti was able to provide a smooth gaming experience. Do note that we are using 4X SSAA, meaning that those with weaker GPUs can improve performance by dropping this setting to 2X SSAA or by completely disabling it. As such, by completely disabling SSAA, the AMD Radeon RX Vega 64 is able to run the game with 60fps in 4K on Ultra settings. 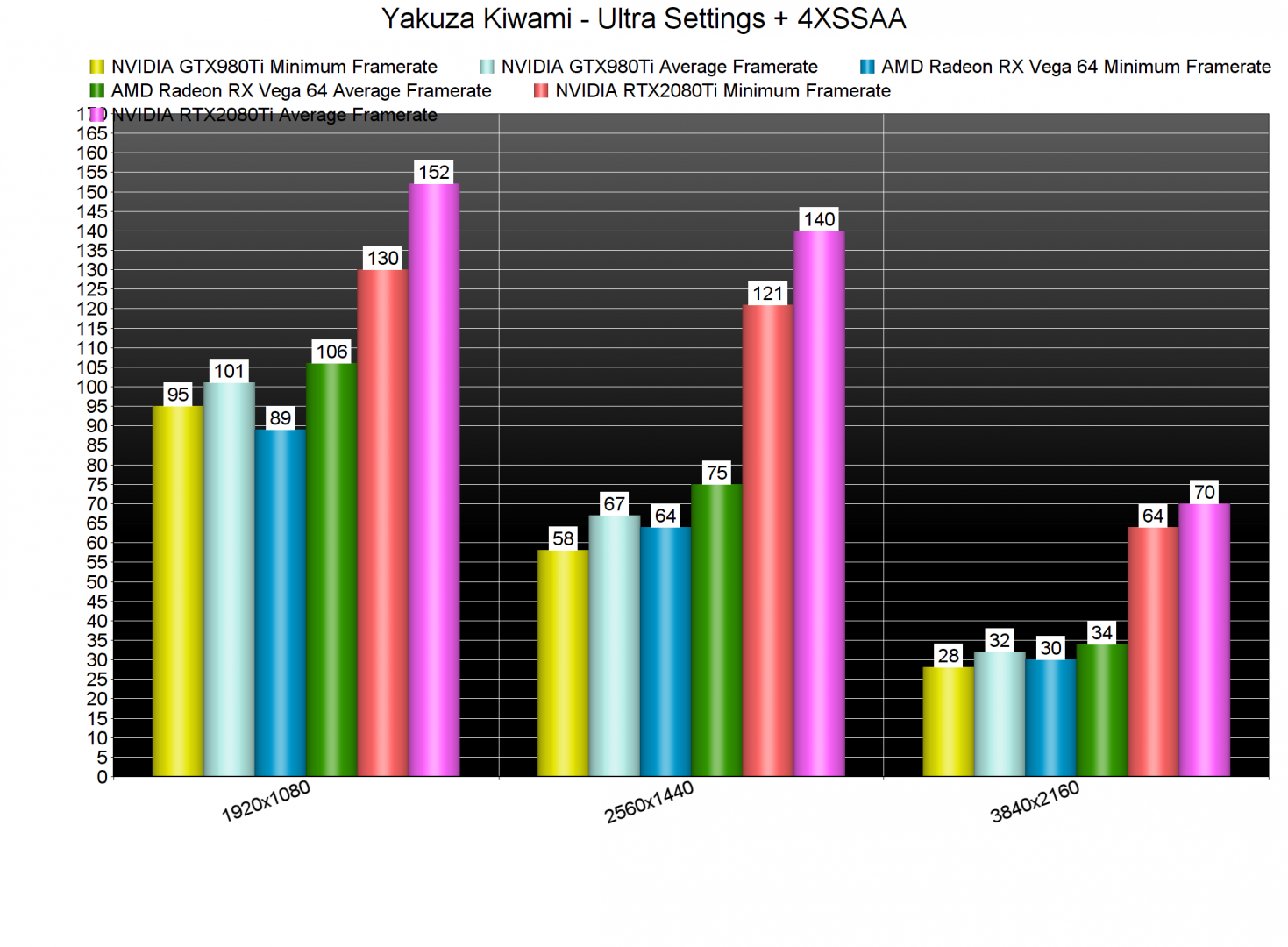 Graphics wise, Yakuza Kiwami looks slightly better than Yakuza 0. What’s really funny here is that this remaster of an old-gen title looks artistically better than Crackdown 3; a game that was developed primarily for current-gen platforms (Xbox One X and PC). There are some shortcomings here and there, however the main character models look great, most textures are of high-resolution, and there is support for some modern-day effects like screen space reflections.

Unfortunately, the game suffers from some issues (that were also introduced to Yakuza 0 via its latest beta patch). We experienced some audio/sound issues while playing the game (during some cutscenes and fights, a lot of sound effects were muted for no apparent reason), and the mouse movement is still bad. In order to get a playable experience, we had to both increase the in-game mouse sensitivity and our DPI mouse settings. The camera also auto-centers while exploring the environments, thus making the game feel a bit weird (this is obviously a side effect from the console version and there should be an option to completely disable it).

All in all, Yakuza Kiwami looks a bit better than Yakuza 0 but runs similarly to it. The game does not require a high-end CPU or GPU, and we can confirm that it does not use the Denuvo anti-tamper tech. Unfortunately, the game suffers from some annoying sound and mouse issues, so here is hoping that SEGA will further improve them (as these issues also affect Yakuza 0).