SEGA has just released Yakuza 6: The Song of Life on the PC. Powered by the Dragon Engine, it’s now time to benchmark this game and see how it performs on the PC platform. 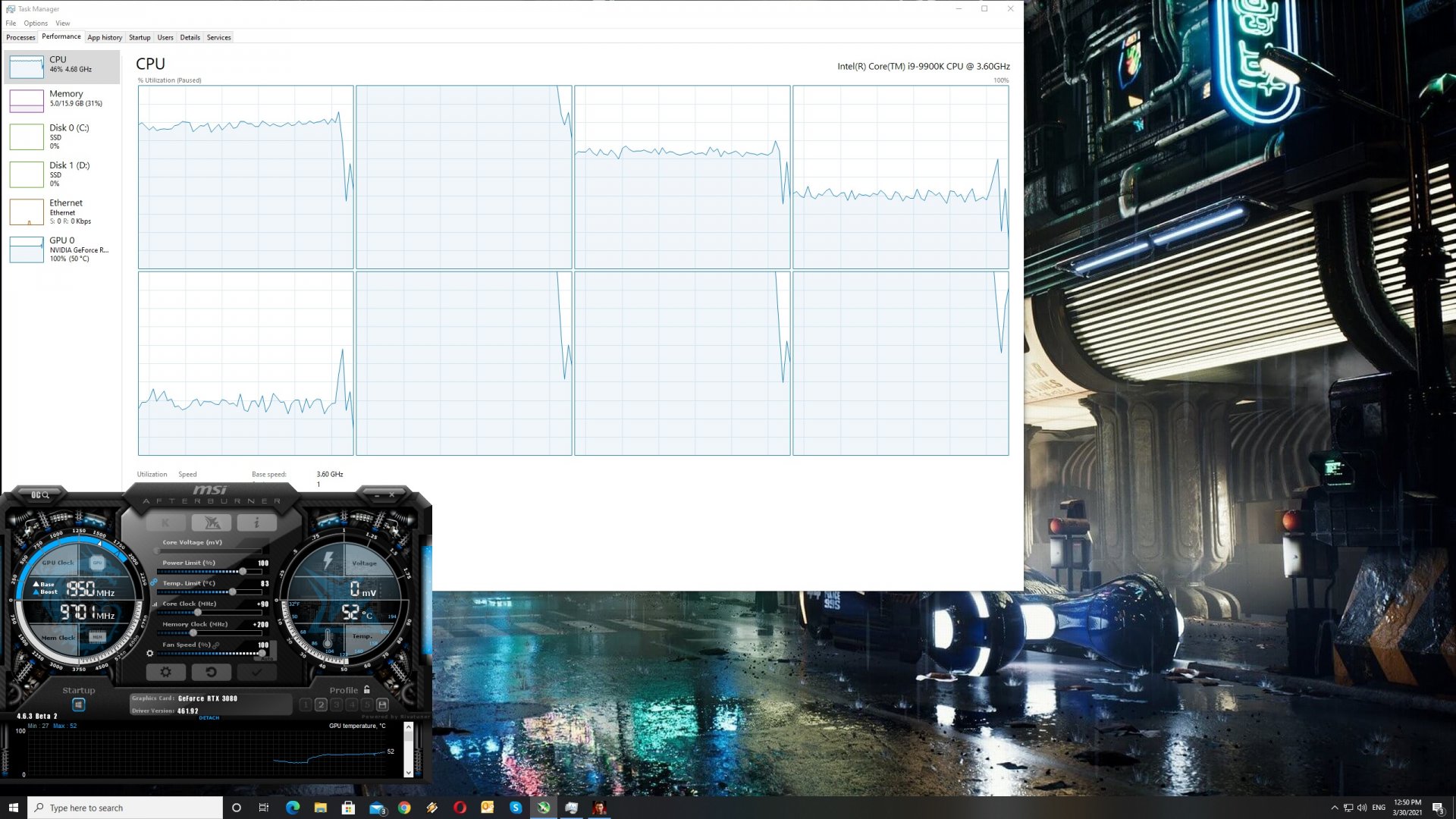 QLOC has implemented a few graphics settings to tweak. PC gamers can adjust the quality of Textures, Shadows, Geometry, Anti-Aliasing and Texture Filtering. There are also settings for Realtime Reflections, Motion Blur, SSAO, and DOF. QLOC has also added a Resolution Scaler, and there are four framerate settings (30fps, 60fps, 120fps and Unlimited).

In order to find out how the game scales on multiple CPU threads, we simulated a dual-core, a quad-core and a hexa-core CPU. And, from the looks of it, PC gamers won’t need a high-end CPU in order to run this game. With Hyper-Threading enabled, our simulated dual-core system was able to run our custom benchmark sequence with a minimum of 87fps and an average of 103fps at 1080p/Max Settings. 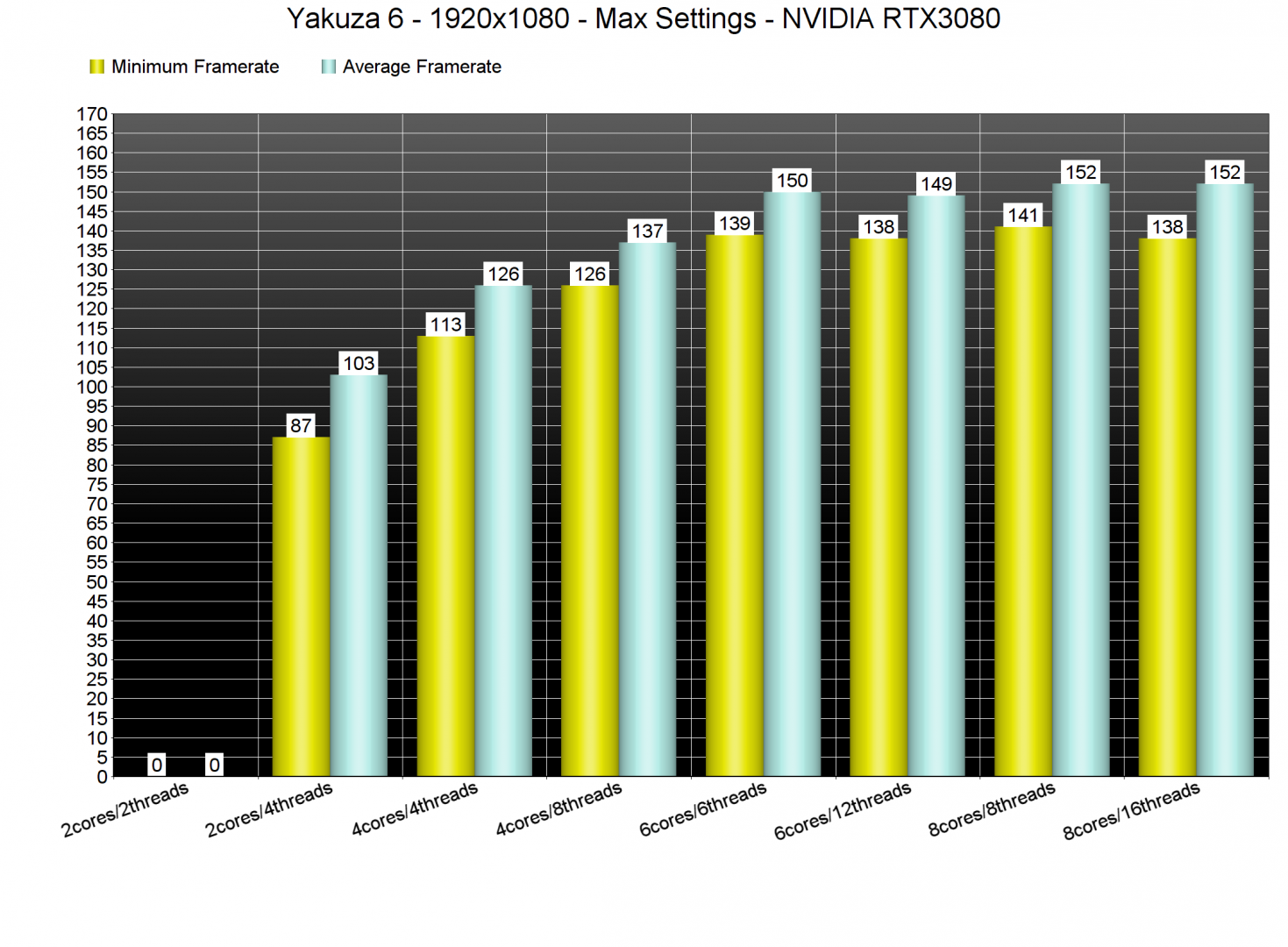 Now while the game does not require a high-end CPU, it does require a somehow powerful GPU. At 1080p/Max Settings, our AMD Radeon RX580 was unable to offer a constant 60fps gaming experience. 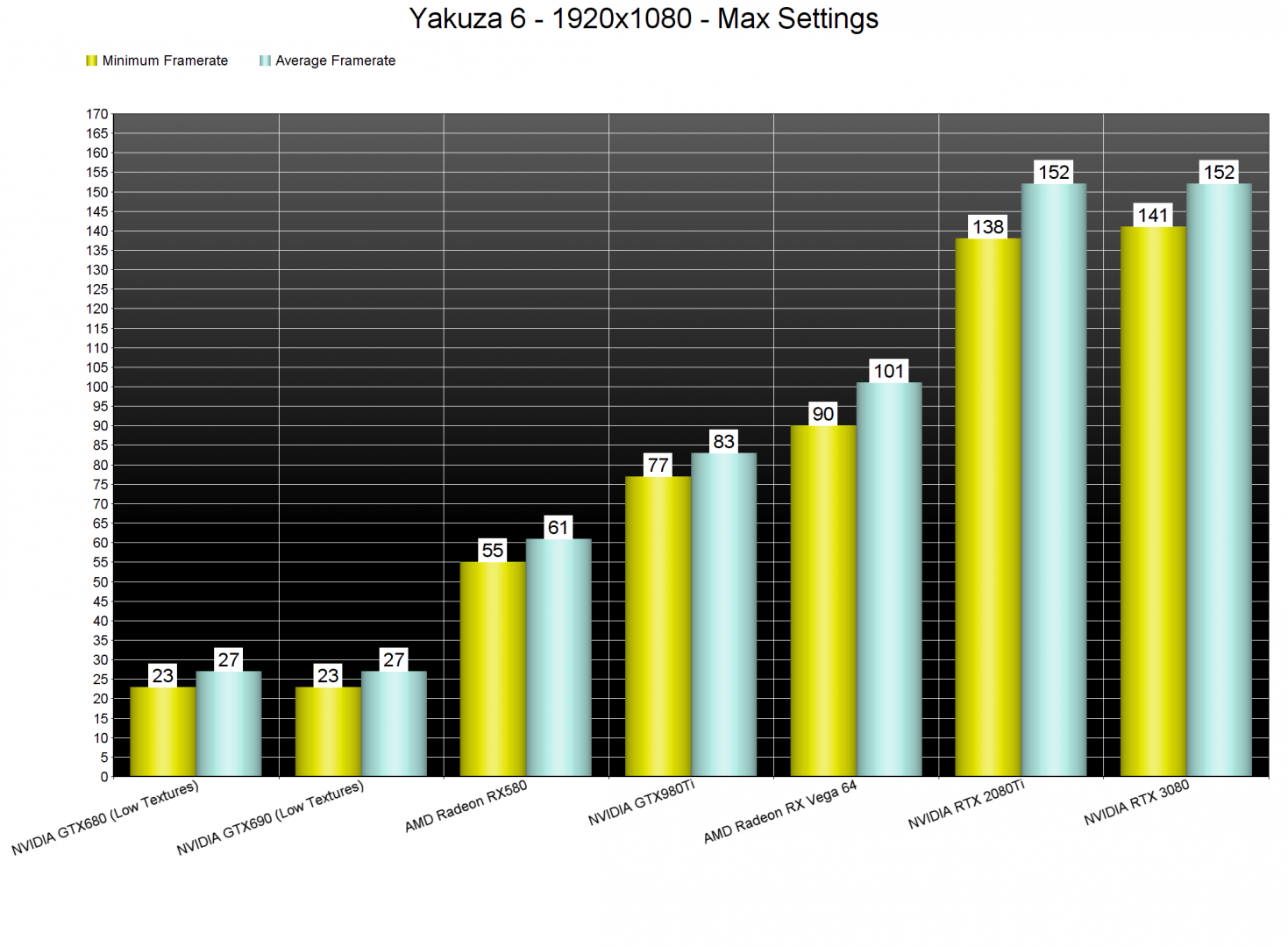 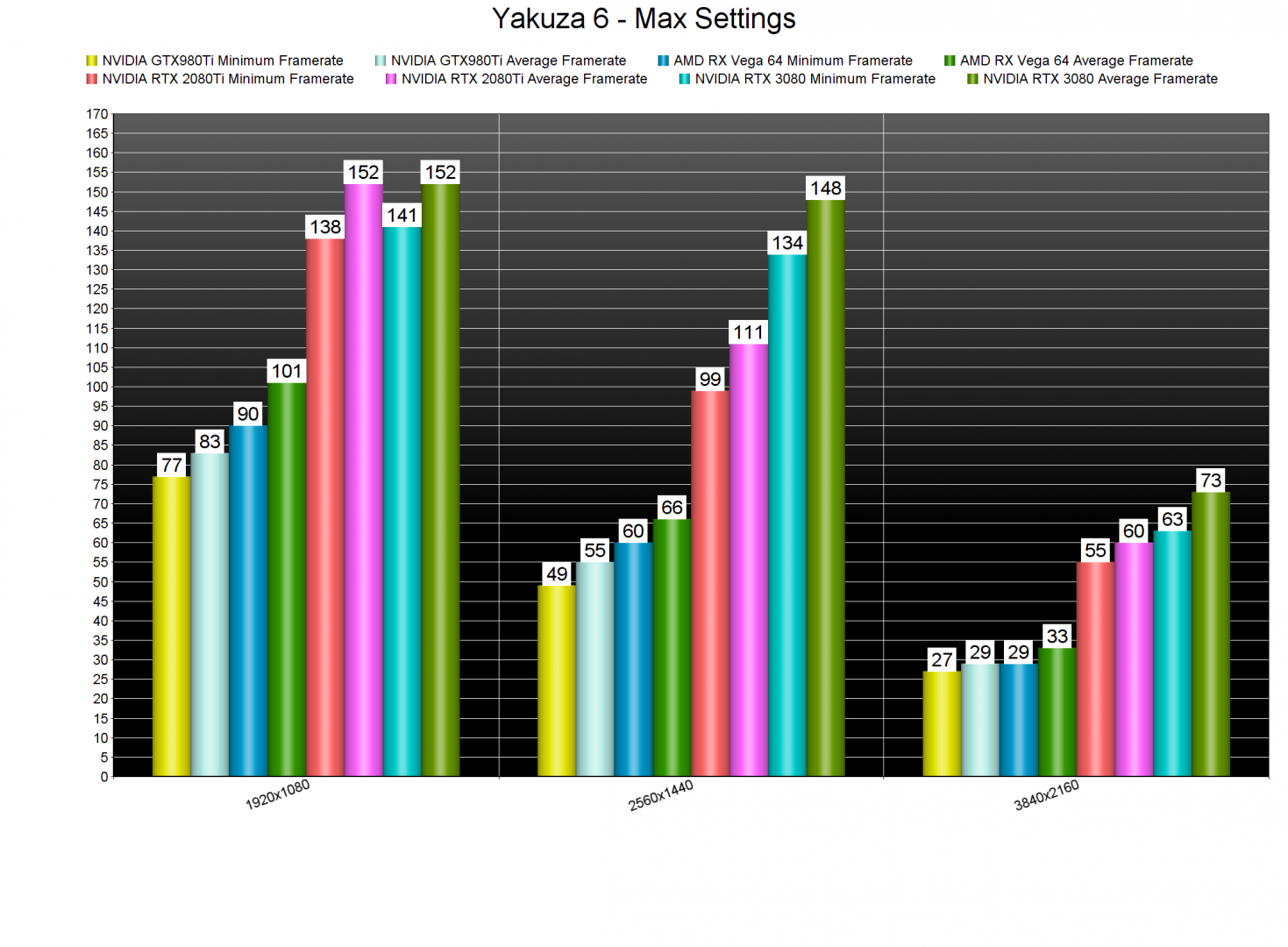 Graphics-wise, Yakuza 6 looks worse than Yakuza: Like A Dragon. For instance, the 3D models are not as detailed as those in Like A Dragon. Kamurocho also feels a bit worse, and the lighting system is not that great. The game also suffers from major aliasing issues, even in 4K. Still, this is to be expected as Yakuza 6 is a remaster of a 2016 PS4 game. Thankfully, though, the game also performs better than Like A Dragon, especially on AMD’s hardware. This is a nice surprise, so kudos to QLOC and AMD.

All in all, Yakuza 6 is almost as demanding as Yakuza: Like A Dragon. Thus, if you were able to run that game, you’ll also be able to run this one. The game displays proper on-screen keyboard and mouse prompts, and the camera movement is great with the mouse. Contrary to other Yakuza games, Yakuza 6 also features a “save anywhere” system. It also looks way better than the Yakuza HD Remastered Collection.