Wasteland 3 releases tomorrow and inXile Entertainment has lifted its review embargo. As such, we can now share our PC performance impressions of it, and share some 4K/Ultra screenshots. 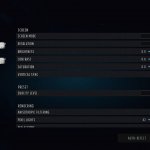 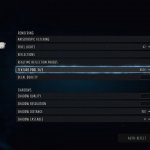 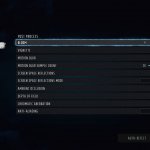 Wasteland 3 uses the Unity Engine and can run with constant 60fps on Max settings in 4K on our NVIDIA RTX2080Ti. We’ve also tested our AMD Radeon RX580 and we are happy to report that we could get a constant 60fps experience at 2560×1440 on Max settings. As such, this latest turn-based strategy game will run well on a wide range of PC configurations.

Wasteland 3 features proper on-screen K&M indicators. Moreover, you can control your camera with both the mouse or the keyboard. However, I noticed some latency/lag issues when moving the camera. Most of the strategy games I played in the past allowed you to move the camera the moment you pressed a button. In Wasteland 3, it takes almost a second from the time you press a key to see the camera moving. I don’t know why this is happening, however, it felt a bit weird. After a while, you’ll get used to it, however, I’d personally prefer a more “immediate” camera response.

We’ve also experienced some annoying stuttering issues while playing the game. These stutters were occurring whenever the game was loading a new area or some conversations. It’s also worth noting that we’ve installed the game on a Samsung SSD 970Pro NVMe, so no; a fast SSD will not minimize or eliminate these stutters.

Graphics-wise, I wasn’t really impressed by Wasteland 3. For the most part, inXile has used high-resolution textures. However, the game’s lighting system is not that advanced. The shading effects for all characters, for instance, are really old-gen-ish. It would have been awesome if the game supported ray traced Global Illumination and ray traced Ambient Occlusion. These two features would significantly improve the game’s graphics. However, and from what we know so far, inXile does not plan to add Ray Tracing support.

In conclusion, Wasteland 3 suffers from some minor issues. The camera movement is something that some of you may not notice. However, the stuttering issues is something that most of you will immediately experience. Thus, let’s hope that inXile will try to eliminate them via some post-launch patches.