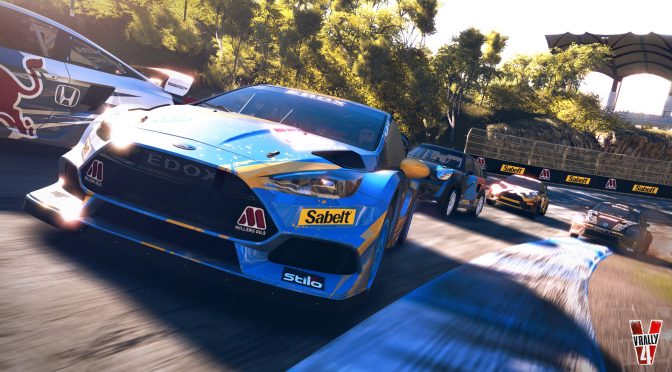 V-Rally is a rally racing series that debuted in the 32-bit days of the first Playstation and its previous part, V-Rally 3, came out almost 16 years ago on Xbox, Gamecube and the PC. Kylotonn Games and Bigben have decided to resurrect this series though and here we are today with V-Rally 4. So, time now to benchmark it and see how it performs on the PC platform. 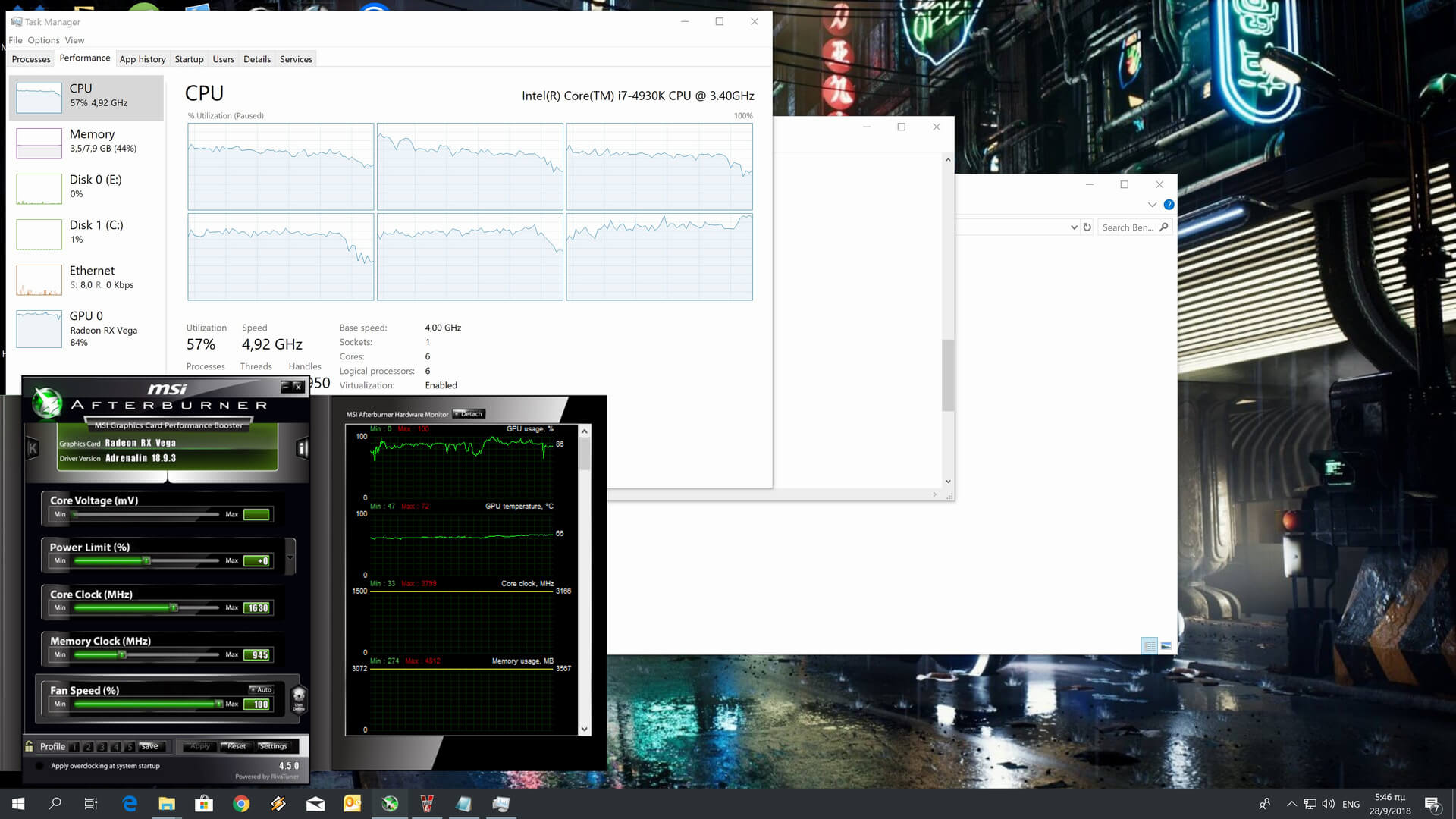 In order to find out how the game performs on a variety of CPUs, we simulated a dual-core and a quad-core CPU. And to be honest, we were really surprised by the V-Rally 4’s CPU scaling. Before continuing, we should note that we lowered our resolution to 1024×768 in order to avoid any possible GPU limitations and put all the stress to the CPU (but kept its Very High settings as some of them have an impact on the CPU too). The game requires a modern-day dual-core with Hyper Threading in order to be enjoyed with constant 60fps. Furthermore, the game can also take advantage of more than four CPU threads. 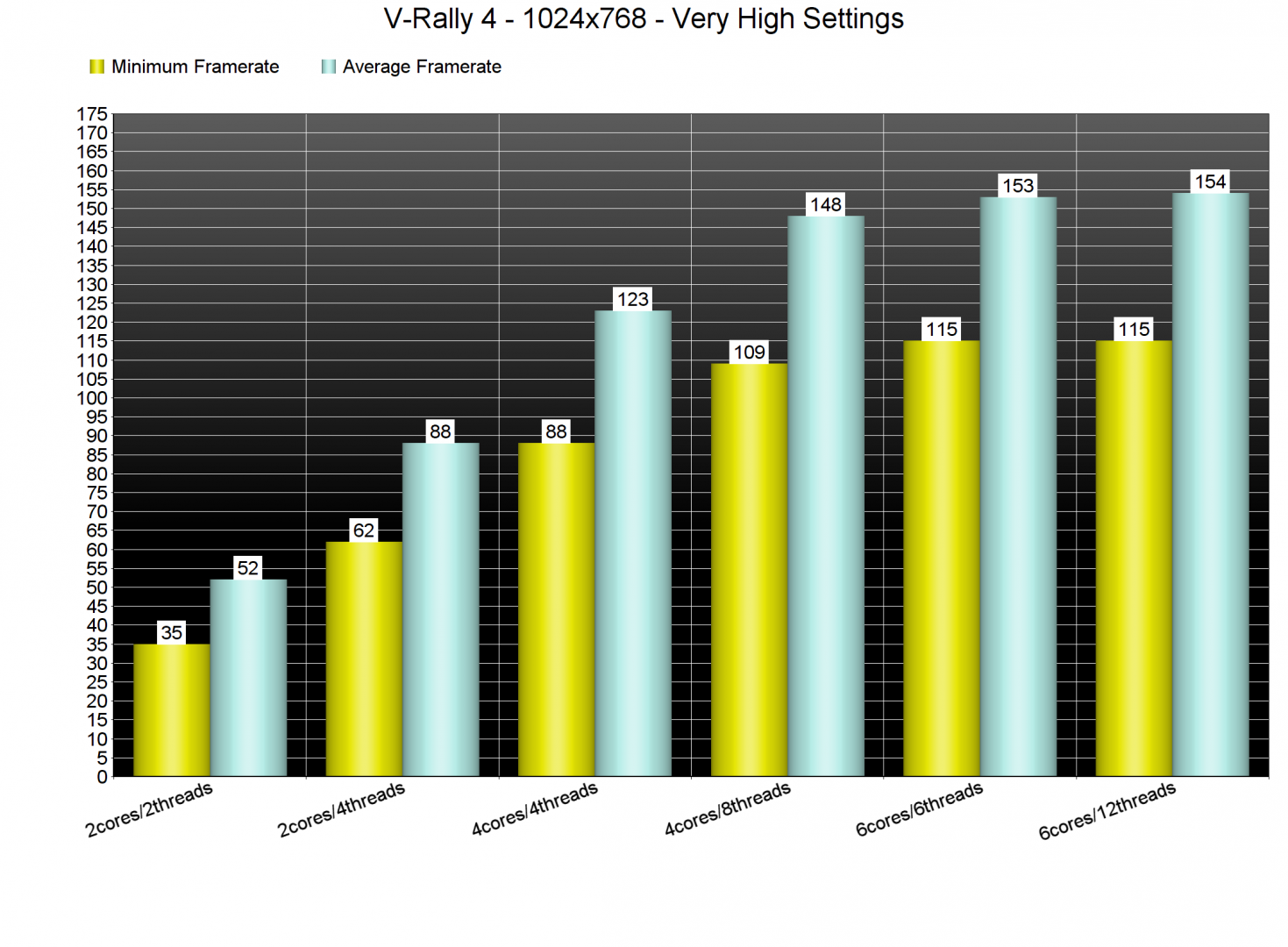 V-Rally 4 can be easily considered a GPU-bound title as our GTX980Ti was sometimes used to 98% even at 1280×720. For gaming at 1080p on Very High settings, PC gamers will need an AMD Radeon RX580 or an equivalent graphics card (though we did notice some rare drops below 55fps). 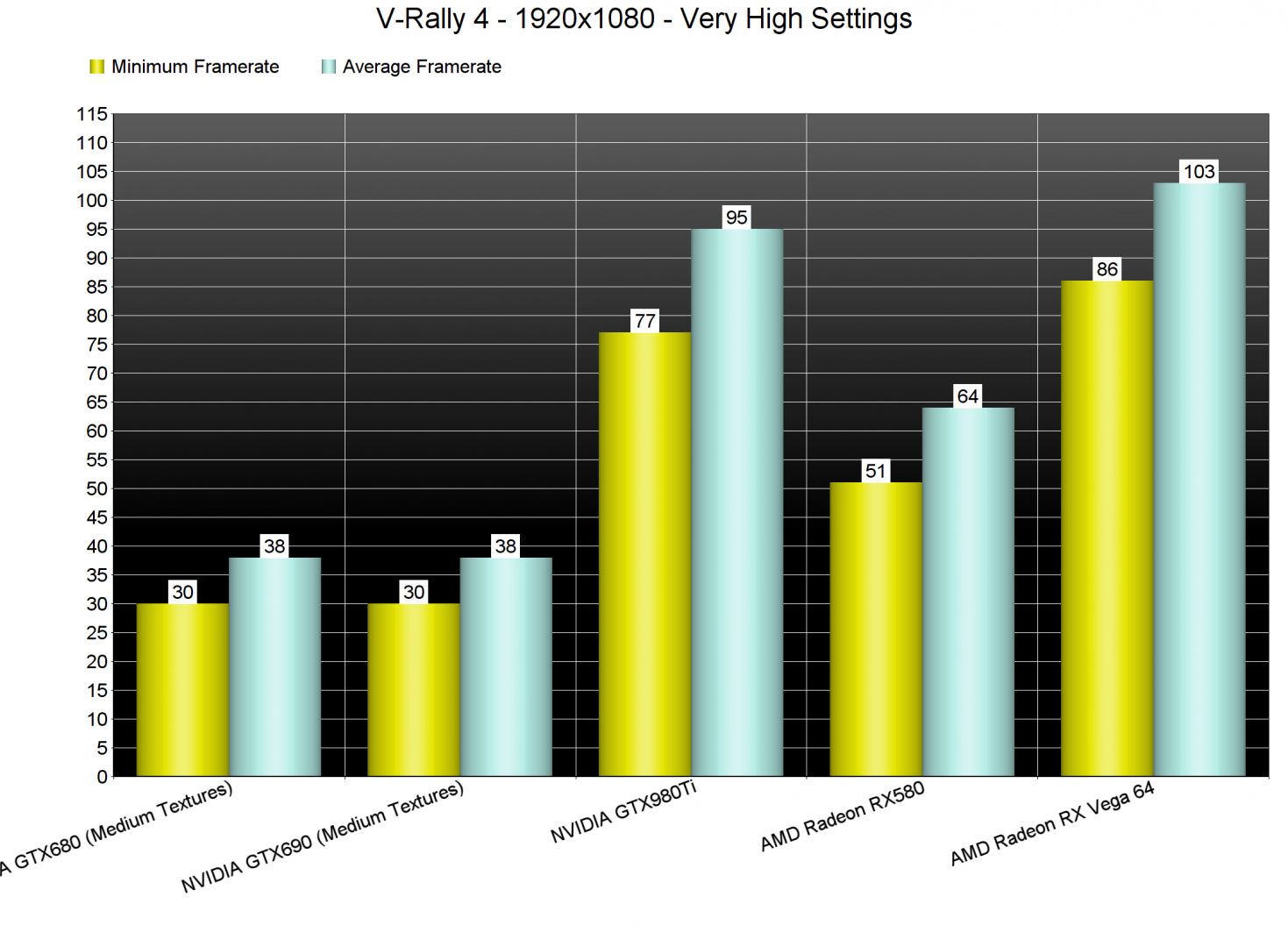 Our GTX980Ti and RX Vega 64 had no trouble at all running the game at 1080p, however at 1440p our GTX980Ti was simply unable to offer a constant 60fps experience. Our AMD Radeon RX Vega 64 came really close to it as our minimum framerate was 56fps and our average framerate was 70fps. In 4K, both of these graphics cards were able to offer a 30fps “console” experience. 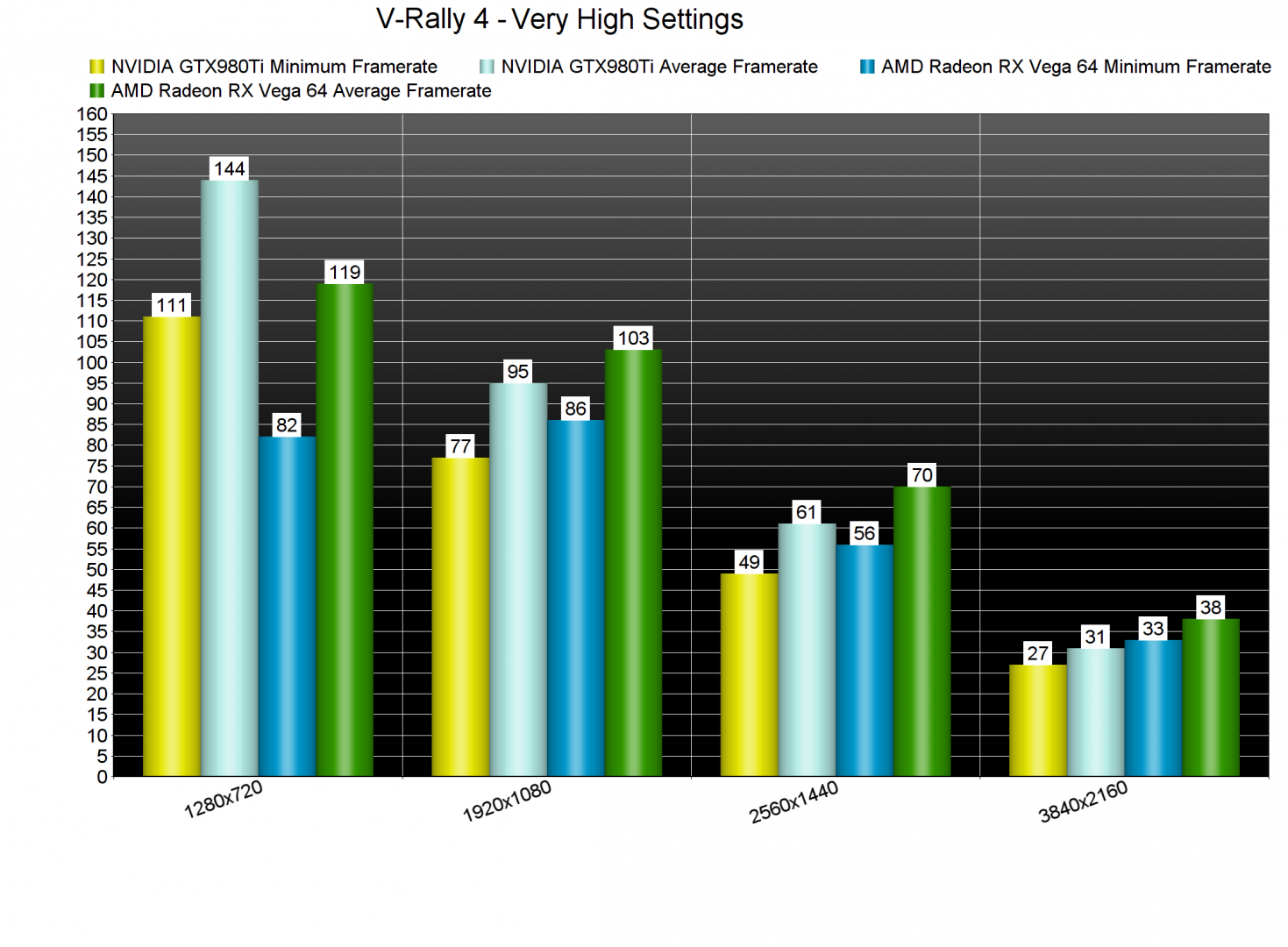 Graphics wise, V-Rally 4 is actually a good looking game. Though it’s not as visually impressive as Forza Horizon 4 (and does not run as silky smooth as Playground’s latest open-world racing game), it’s way better than we’d expected from a small studio. Players can destroy with their cars a number of environmental objects (though trees are – as always – indestructible) there are some cool wind effects that affect a number of trees, you can bend small bushes while passing through them, and there is a cool deformation system for all vehicles. The night stages are really beautiful and your cars get dirtier during your races. Again, V-Rally 4 does not come close to Forza Horizon 4, however it’s way better – visually – than DiRT Rally or other racing games.

All in all, V-Rally 4 really surprised us with its solid PC version. Despite the fact that it is a DX11-only title, the game can take advantage of more than four CPU threads. Not only that, but it appears to be running smoothly on a variety of PC configurations, and there are a lot of graphics settings to tweak. We did not experience any crashes, stutters or graphical glitches, and the game displays proper keyboard prompts (in case you are using a keyboard to control your vehicles)!