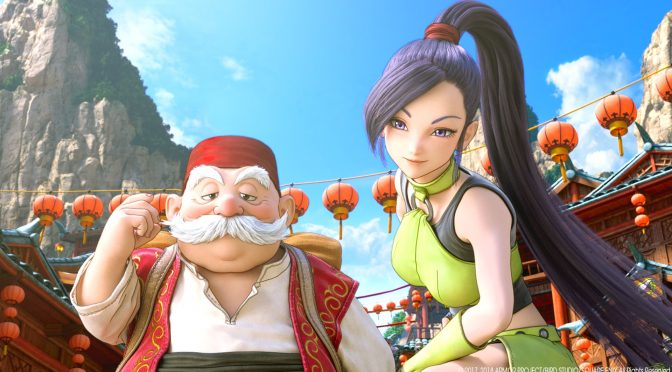 It appears that the first nude mods for Dragon Quest XI: Echoes of an Elusive Age have just been released. Now before jumping around like crazy little rabbits, know that these are not full nudity mods. Still though, they will make Serena and Jade “naughtier” than before.

The first mod was created by “Illuminate78” and changes Serena’s Dancer Costume to include a Peekaboo Bra. The second mod is a better and more clever one. Created by “black34” it adds see-through bits to Jade’s basic outfit, with a simple Lotus theme to match the elegance provided by the new black lace parts. Thanks to this see-through outfit, and depending on the scene/lighting, her “private parts” can be either fully or barely visible.

In my opinion, Jade’s nude mod is perhaps one of the best I’ve seen in a game thus far and that’s because it somehow stays close to the game’s default art style. It’s naughtier and sexier than the original outfit, no doubt about that, however it does not completely remove her clothes to make her feel really out of place while playing the game.

Do note that both of these mods require  Kaldaien’s Special K mod for Dragon Quest XI, otherwise they won’t work. All you have to do in order to install them is install first the Special K mod and then unpack the texture mods to SteamApps\common\Dragon Quest XI\Game\Binaries\Win64.

As always we will not be sharing any direct links to the mods or screenshots from them, though you can easily find them by visiting Dragon Quest XI’s Nexusmods page.