Bloober Team has released the full Ray Tracing PC system requirements for The Medium. As the team noted, these PC specs target 30fps. However, the game will support uncapped framerates (so don’t worry, this game won’t be locked at 30fps).

In July 2020, Bloober Team listed an RTX2080 as the recommended GPU for The Medium. As we can see, though, these recommended specs are for gaming at 1440p on High settings/Ray Tracing with 30fps.

For gaming at 4K/30fps with High settings/Ray Tracing, Bloober Team recommends using an RTX3080. The team also lists the AMD Radeon RX 6800XT alongside the RTX3080. My guess is that Bloober Team included this AMD GPU as that’s the main competitor of the RTX3080. 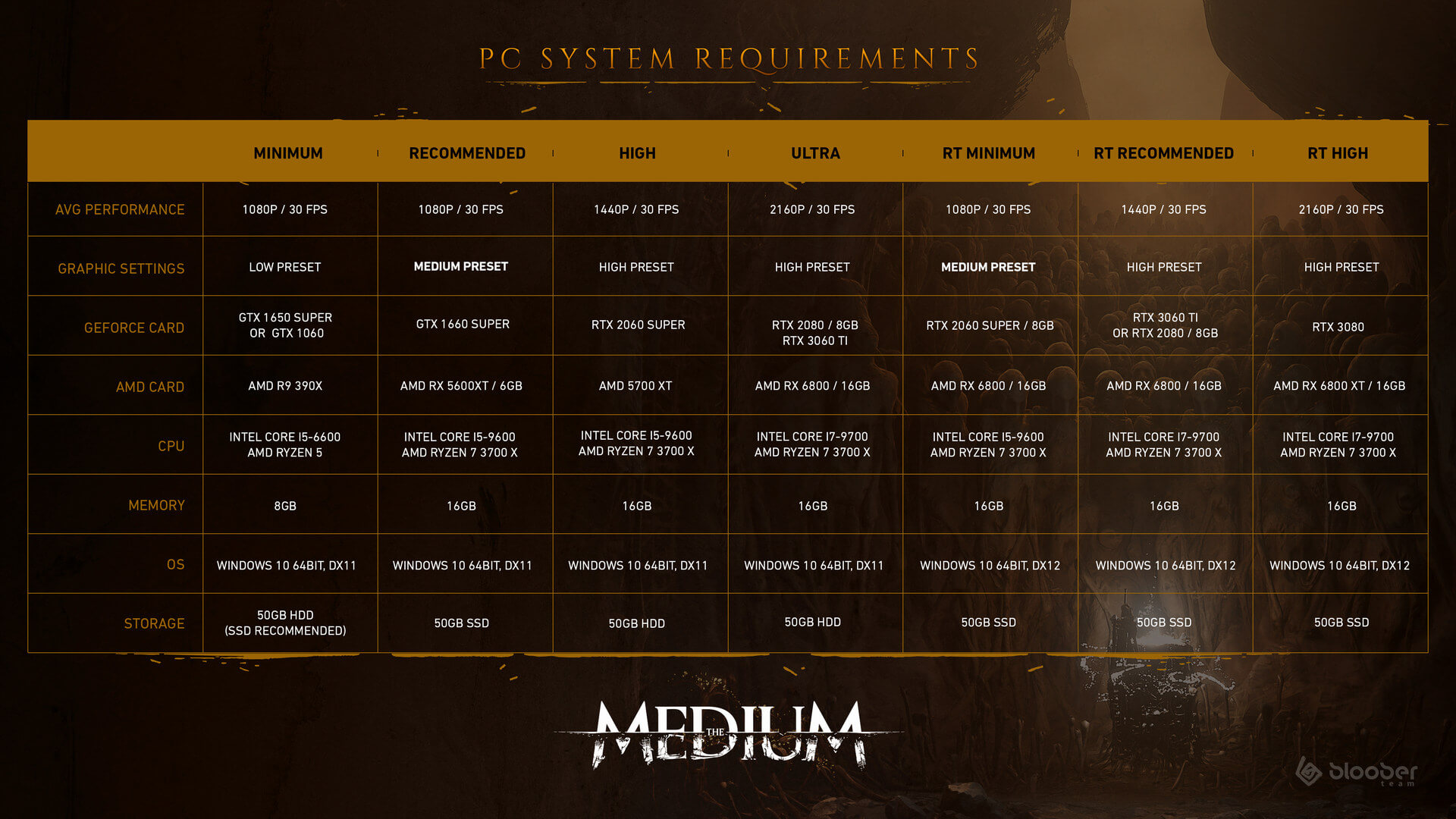 It’s also worth noting that Bloober Team has detailed the game’s Ray Tracing effects. As we wrote in that article.

“The Medium will offer two Ray Tracing modes on PC; Performance Mode and Quality Mode. In Performance Mode, the game will feature ray-traced reflections and Ambient Occlusion in all performant location. On the other hand, in Quality Mode, it will feature reflections, RTAO, hybrid translucent, and some RT shadows. Quality Mode will be also using DLSS and some other Nvidia improvements. However, Bloober Team claims that this particular mode will be demanding, and will only target high-end GPUs.”

The Medium releases on January 28th!

The Medium - What Does a Medium Do?