The Evil Within is a game most of us were really looking forward to. Developed by the mastermind behind the original Resident Evil, Shinji Mikami returns with yet another survival horror game. And since there was a lot of buzz about this game’s PC requirements, it’s time to see how this new title performs on the PC platform.

As always, we used an Intel i7 4930K with 8GB RAM, NVIDIA’s GTX690, Windows 8.1 64-bit and the latest version of the GeForce drivers. The Evil Within is powered by id Tech 5, meaning that PC gamers should not expect any SLI profile any time soon. While Tango Gameworks claimed that it would love to support multi-GPU systems at launch, we all know deep inside us that there won’t be any at all.

Back in September, Bethesda shocked everyone when it announced the game’s official PC recommended requirements. The big publisher recommended an Intel i7 with GPUs that packed 4GBs of VRAM (like GTX670). Well, we are happy to report that those requirements were exaggerated. 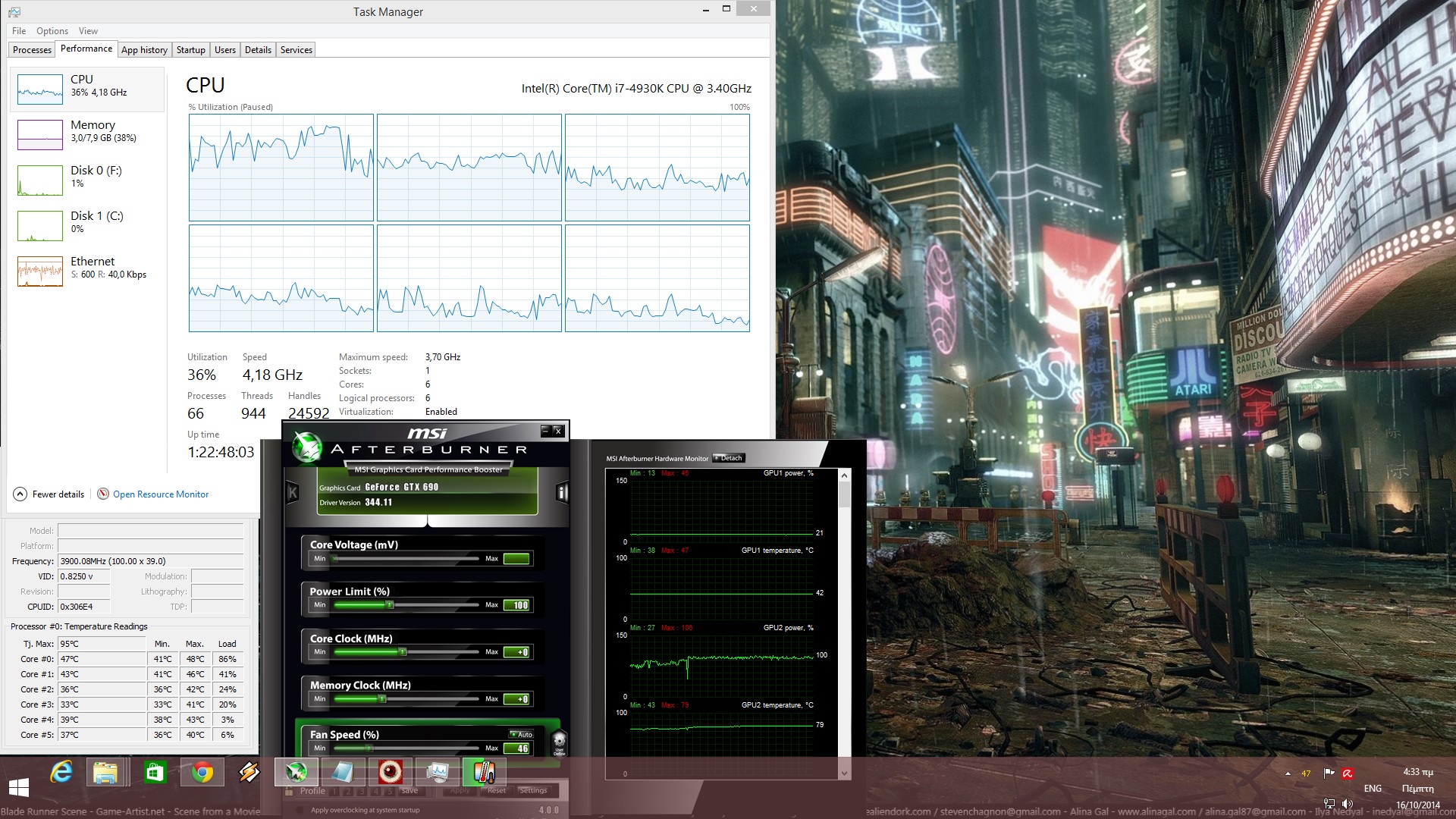 Similarly to pretty much all latest current-gen games, The Evil Within is easy on its CPU requirements. While Bethesda recommended an Intel i7, The Evil Within was perfectly playable on our simulated dual-core system. Without Hyper Threading, we were experiencing various stuttering issues but when we enabled Hyper Threading, all of them went away.

While The Evil Within scales well on more than three CPU cores, we do have to note that the game relies heavily on one CPU core. This means that those with CPUs that are weak on single-threaded scenarios may encounter performance issues.

On the other hand, and contrary to its CPU requirements, The Evil Within requires a high-end GPU in order to shine. Now despite Bethesda recommending GPUs with 4GB of VRAM, The Evil Within uses 1.6GB of VRAM at 1080p with all its bells and whistles enabled. Bethesda clearly exaggerated when it came to the game’s VRAM requirements.

However, and despite the fact that the game did not fill more than 1.6GB of VRAM, The Evil Within requires a really powerful GPU, especially if you want to enjoy the game with 60fps. Since there is no SLI profile, our GTX690 performed similarly to a GTX680. A GTX680 – or any equivalent card – is simply unable to maintain constant 50fps, let alone constant 60fps. There were a lot of drops to mid-40s with all graphical options enabled, and there weren’t any options to lower in order to achieve constant 60fps at our native 1080p resolution. 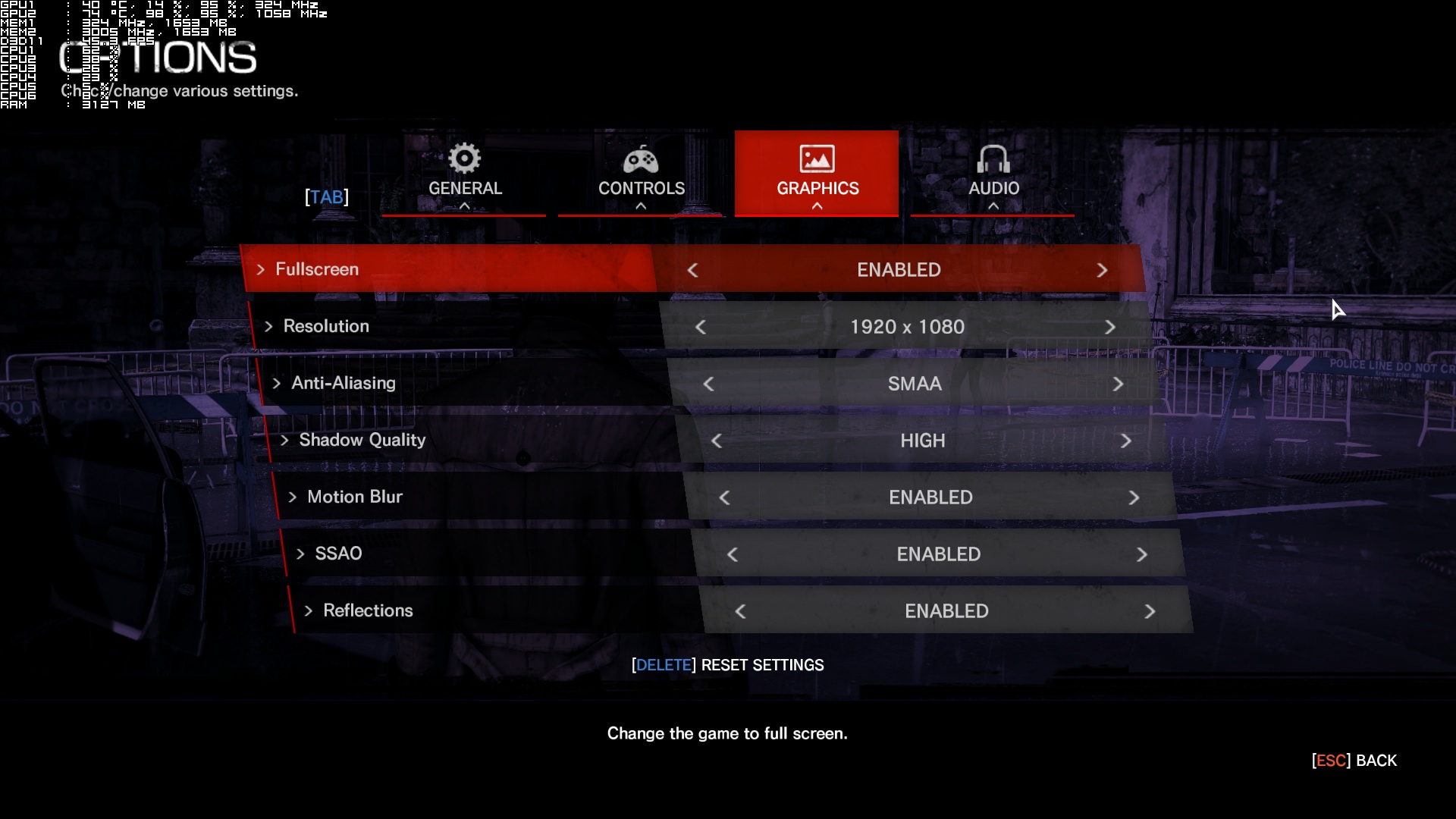 Speaking of graphical options, we were really disappointed by the ones that Tango Gameworks included. PC gamers can only enable or disable Fullscreen mode, Motion Blur, SSAO and Reflections. In addition, they can adjust the quality of shadows and choose between three modes of Anti-Aliasing (FXAA, MLAA and SMAA). And that’s it. No Geometry Detail options, no LOD options, no Characters Detail option, nothing.

To its credit, The Evil Within looks great. Almost all light sources cast shadows and the game’s dynamic lighting system is a beauty to behold. Tango Gameworks has also used color-grading effects cleverly enough in order to emphasize the game’s various scenes, and most of the in-game models are highly detailed (though we were kind of disappointed with Kidman’s hair as it felt so old-gen). Reflections are quite impressive in The Evil Within and Tango Gameworks has used high quality specular and diffuse maps in order to dress up its shiny surfaces.

Unfortunately though, The Evil Within suffers from some shortcomings. There are a lot of noticeable low-res textures (not as many as in RAGE or Wolfenstein: The New Order), shadow quality could have been better, and there is noticeable pop-in for both environmental objects and shadows. Moreover, interactivity is limited and all objects and environments seem indestructible (hell, you can’t even bend vegetation while in game. Ironically enough, the game’s in-engine cut-scenes show mind-blowing environmental destruction).

All in all, The Evil Within performs quite well on the PC. There are proper keyboard on screen indicators, and there is no mouse acceleration while in game (though there is while navigating the game’s menu). The game does not require a top of the line CPU, meaning that even those with i5 CPUs will be able to run it (provided they are not GPU limited). When it comes to its GPU requirements, a GTX680 is simply not enough to run it with constant 60fps and  full settings at 1080p. PC gamers will need a Titan card (or a 780Ti) in order to enjoy a 60fps experience. On the other hand, those with GPUs equivalent to GTX670 or GTX680 that pack 2GB of VRAM won’t encounter any VRAM issues, and will enjoy a better gaming experience than the one found on current-gen consoles (both the PS4 and the Xbox One versions have severe framerate drops). Before closing, we should also note that the game’s visuals do not justify its GPU requirements. While there is a fully dynamic lighting system and all lights cast shadows, The Evil Within performs and looks worse than other triple-A games. Take for example the above blurry shot. What exactly is stressing a GTX680 in that particular scene? It’s obvious that Tango Gameworks encountered major optimization and performance issues. This also explains the really narrow aspect ratio that the game uses (forget those ‘cinematic’ excuses). Even though Bethesda revealed a console command to increase it, this will bring an additional performance hit making The Evil Within even more demanding than it currently is.

The Evil Within or Alien: Isolation. Which one will be nominated as the best survival horror game? 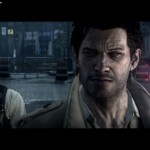 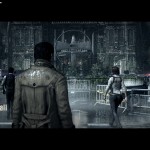 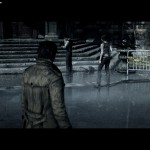 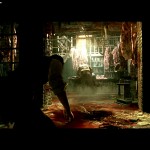 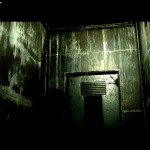 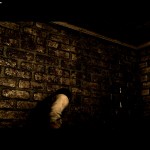 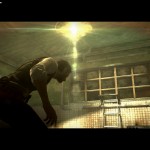 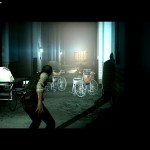 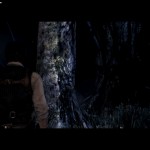 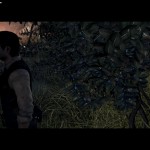 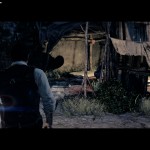 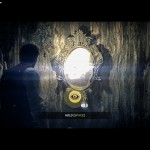