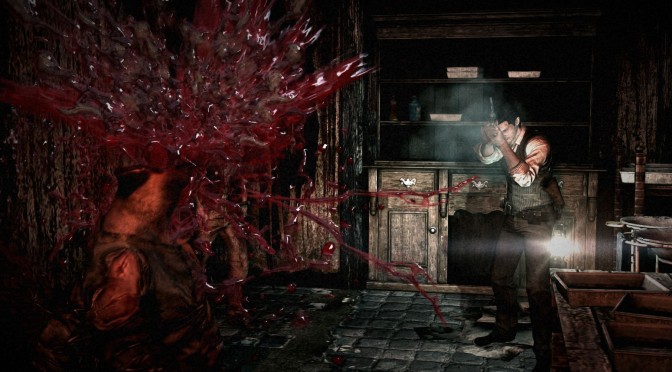 Even though Bethesda has revealed a command console via which players can force The Evil Within running at full-screen mode (without black bars), this particular tweak comes with a really messed up FOV. In all honesty, the default fix feels ‘cheap’ as it – more or less – places the camera closer to the main protagonist. But thankfully, the game’s PC community is to the rescue with a proper “FOV & black bars” fix.

There are currently two mods that can fix the incorrect FOV when letterboxes are disabled. The first one comes from K-Putt, while the second one is still under development by Hayden, creator of Flawless Widescreen.

For the time being, we suggest using K-Putt’s fix. All you have to do is follow this guide (provided by NeoGAF’s member ‘ctw0e‘. Do note that you will need both Cheat Engine and K-Putt’s table for The Evil Within.

-Download and install Cheat Engine.
-Start the game up and alt-tab.
-Start the Cheat Engine-table you downloaded from here.
-Click the flashing computer icon in the top left, choose EvilWithin.exe and then click Yes.
-Check “Enable Gameplay FOV”
-Go back to the game, use + and – on your numpad to adjust the FOV. The default is 65 I think. Press + key 10 times to achieve 90 (one step is +/- 2.5). Some people prefer 85 because you will be blinded by the lantern with 90. You can see the current FOV-value in Cheat Engine.

Kudos to our reader ‘Unreal’ who was the first one to inform us about them.