Let us say that we love indie developers and especially Bohemia Interactive. The ArmA series is one of the best military simulation series ever, although its graphics engine is a bit problematic and rough around its edges. So when we heard about Take on Helicopters, we were skeptical. You see, instead of using the brand-new  ArmA 3 engine, Take on Helicopters uses ArmA 2’s engine. And believe us, we tried. We really tried to enjoy Take on Helicopters but the game is currently plagued with performance issues and a – possibly – broken SLI profile. Therefore, if you own an SLI system, stay away from Take on Helicopters, for the time being. Why? Keep reading to find out.

Take On Helicopter has some pretty hefty requirements. According to Bohemia, the game needs an Intel Core i5 or AMD Athlon Phenom X4 or faster to run properly, as well as 4GB of RAM. In addition, Bohemia recommends a Nvidia Geforce GTX 260 or ATI Radeon HD 5770 with Shader Model 3 and 896 MB VRAM. Those are some pretty high requirements, so we were eager to test our Q9650 – that is overclocked at 4.2Ghz – with our GTX295. And our results were quite disappointing.

First of all, the game was running with only 25fps at 1080p and with high or custom settings. What caught our attention in our tests though was the low GPU usage. Our GPU cores were used at around 50-60%, a behavior that hints to a CPU limitation. Could we be limited by our Q9650? We tried to monitor our CPU usage and noticed that the game scaled well to our quad system. However, the engine seems unable to take full advantage of the quad-cores, since two of our cores were used at only 40-50%. Furthermore, when we simulated a dual-core system, we didn’t notice any performance hit at all. Take on Helicopters ran the same on our dual-core simulated system with the same GPU usage. This clearly shows that Take on Helicopters’ engine is not properly optimized for quad-core systems, unless there is a driver issue with Nvidia’s SLI profile. For your interest, we were using the latest ForceWare drivers.

Naturally, we ran the game in Single GPU mode to avoid any SLI incompatibility. Although there is a better GPU usage in our single GPU core with the aforementioned settings, there are scenes in where a GTX275 is simply not enough. To avoid any GPU limitation and witness how a single card behaves, we lowered our settings to normal and disabled VSync. The reason we disabled VSync was to see whether or not our single GPU core could be fully used at all times. After doing those changes, we went ahead and chose the Lift Off training mission. Everything seemed well – albeit with a somewhat lower framerate – until the moment we decided to lift off from inside the city. 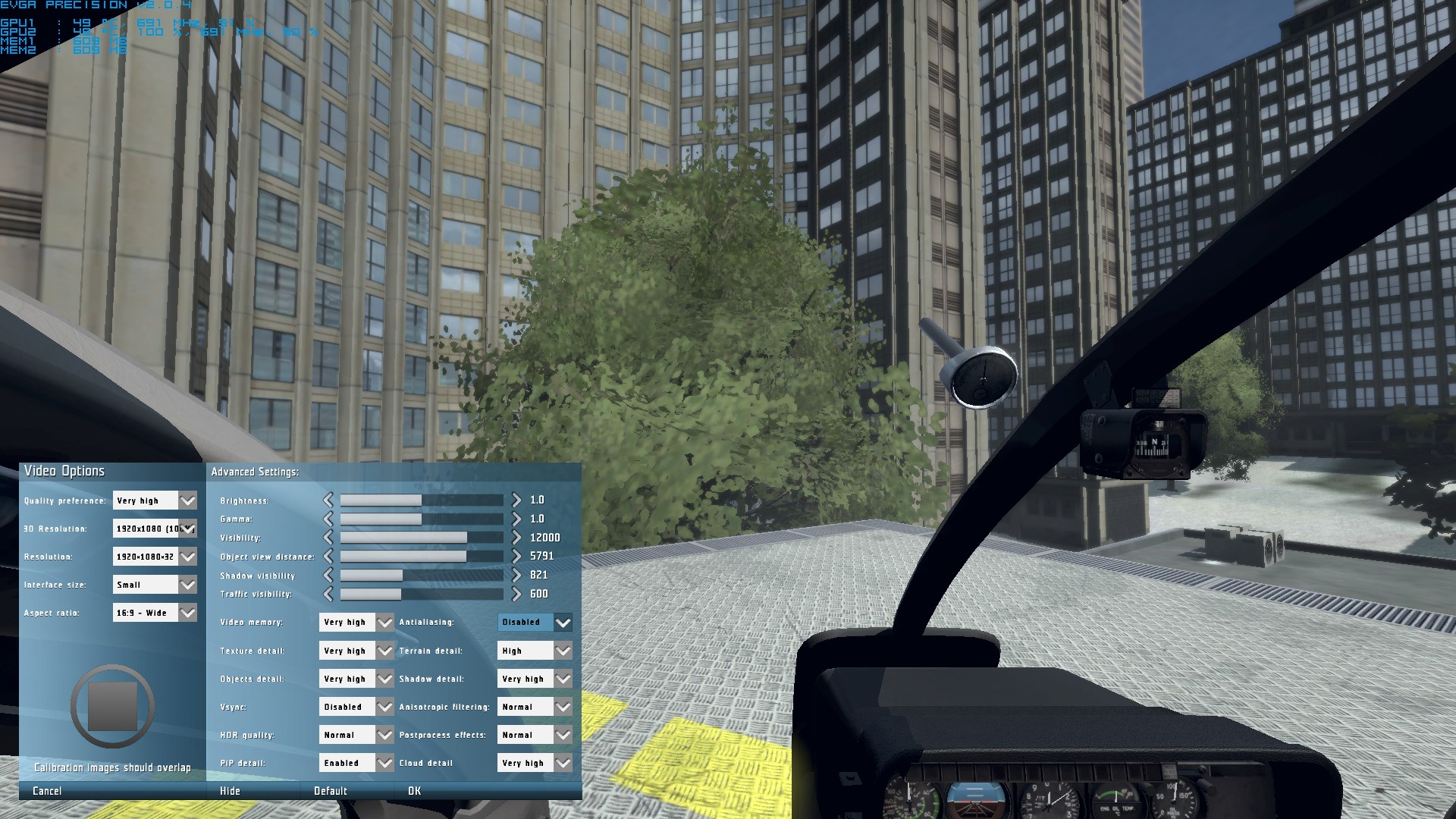 And that’s because when we were placed inside the city, our GPU usage dropped to 60%. To see whether there was any CPU limitation inside the city, we went ahead and simulated – again – a dual-core system. Sadly, performance remained the same. Moreover, there were major texture streaming issues and even when we selected the highest texture settings, our in-game textures were low-res and blurry. As you can also see, our vRAM was not maxed out so there shouldn’t be any issue, unless the engine or the game was bugged. And that’s our biggest guess, since ArmA 2 was running fine in SLI, without any major or awkward performance issues. We also tried renaming the game’s executable file to ‘arma2.exe’ but we didn’t notice any change.

It’s quite obvious now that Take On Helicopters suffers from optimization issues, even in its 1.02 version. There is something really wrong with it, and we’ll definitely contact both Bohemia and Nvidia. There might be a broken SLI profile but that’s precisely why we ran the game in Single GPU mode; to see whether or not it would perform ideally with a single card. Sadly, Take On Helicopters performed in a similar way. There are no performance gains when moving from a dual-core to a quad-core system, and we seriously can’t believe the game’s current state. At this point, we simply can’t recommend Bohemia’s Take On Helicopters, especially to those with a similar system to ours. The good thing here is that Take On Helicopters doesn’t require a high framerate as it was quite playable with 25-30fps. However, it would be great to run this bad boy with a higher framerate and let’s not forget those texture-streaming issues, that literally destroy the game’s immersion.

Here is hoping that Bohemia will be able to sort out all those issues as soon as possible!