There comes a time when you realize that a specific game will flop. You see, while the gameplay trailers of Star Trek: The Video Game were quite good (thanks to clever editing), we always felt that something was ‘off’. Unfortunately, it seems that we were right as the actual gameplay mechanics of this new Star Trek game are awful. Since this is a Performance Analysis, we don’t want to focus on them but think of this title as a failed mashup of Mass Effect 3 (cover and combat mechanics) with Batman: Arkham Asylum (scanning abilities) that is accompanied by some truly bad and ‘robotic’ animation transitions.

As always, we used an overclocked Q9650 at 4.2Ghz with 4GB RAM, an Nvidia GTX690, the latest version of the GeForce ForceWare drivers and Windows 7-64Bit. Nvidia has already included an SLI profile for Digital Extremes’ title, therefore you won’t have to mess around with Nvidia’s Inspector Tool.

Star Trek: The Video Game is a not a demanding title at all. The game is powered by the Evolution Engine, an engine that was first used in Dark Sector, and has been behind all Digital Extremes’ titles. Ironically, this same engine was used in The Darkness II and while that title looked great (especially from an artistic point of view), this new Star Trek game feels outdated from the get-go. 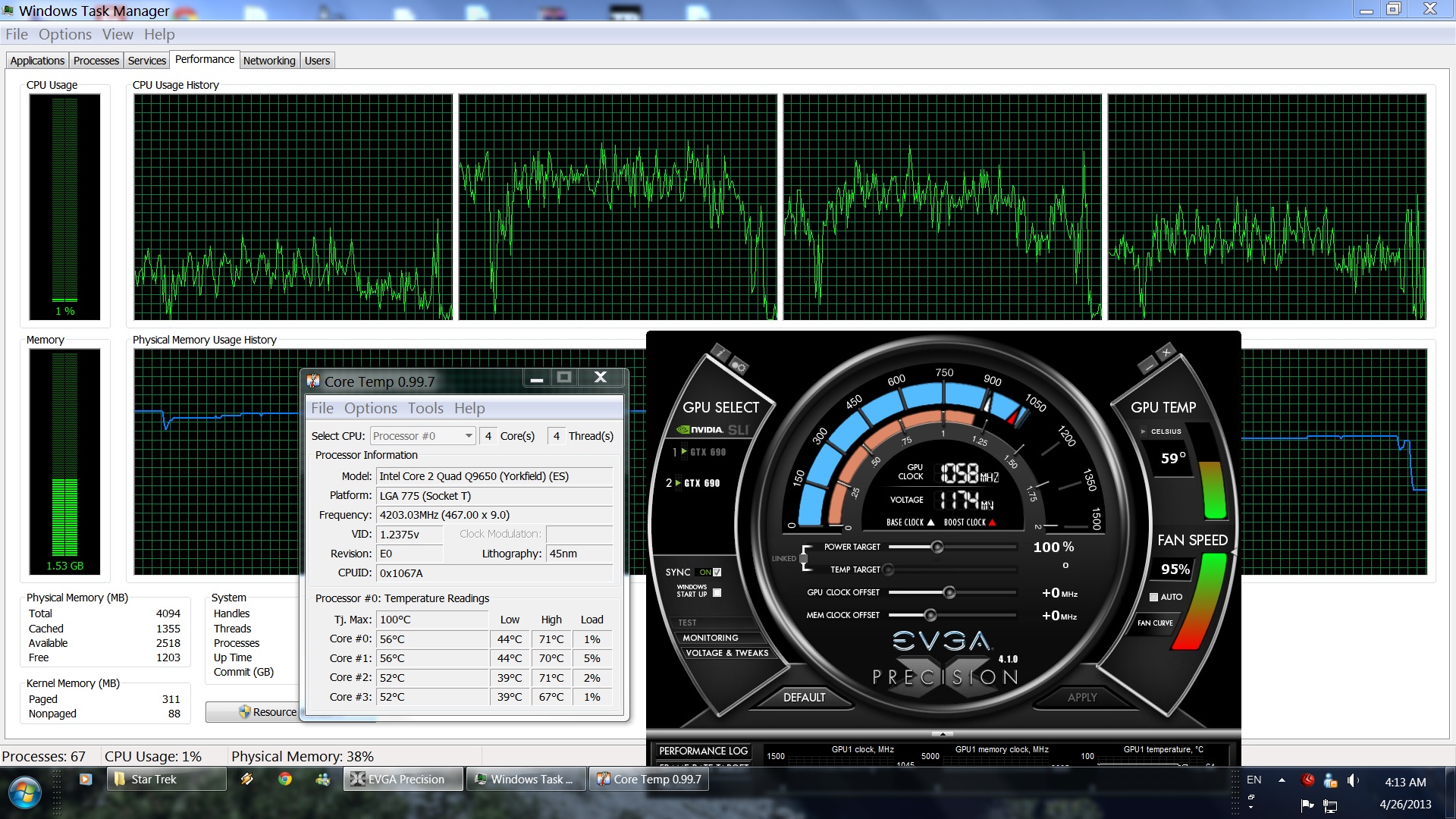 As we can clearly see, our quad-core was not stressed at all. Star Trek: The Video Game scales well on all four cores, though it also ran incredibly well even when we simulated a dual-core CPU. And to be honest, there is nothing that would justify higher CPU requirements. There are some set-pieces that take advantage of Nvidia’s PhysX physics (no hardware mode via GPUs, meaning that both Nvidia and AMD users are running those physics calculations via the CPU) and look cool, however there is nothing ground-breaking here. Moreover, the AI of your enemies is mediocre, interactivity and real-time destructibility is limited, and levels are not as ‘wide open’ as you’d expect from a new title.

Similarly to our CPU, our GPU was running this title with ease. A single GTX680 is enough for 100fps at 1080p with all settings maxed out. And before continuing, let us tell you that Star Trek: The Video Game features some of the most extensive graphical options we’ve ever seen, surpassing even those present in Serious Sam 3. Hold on to your butts PC gamers as you can choose the texture and shadow quality, the in-game resolution, whether you want to enable or disable Vsync and the game’s aspect ratio. And that’s it. How awesome is that, right? We’re seriously talking about a huge variety of graphical options that put to shame even those present in triple-A PC exclusive titles. Digital Extremes delivered. Rejoice. 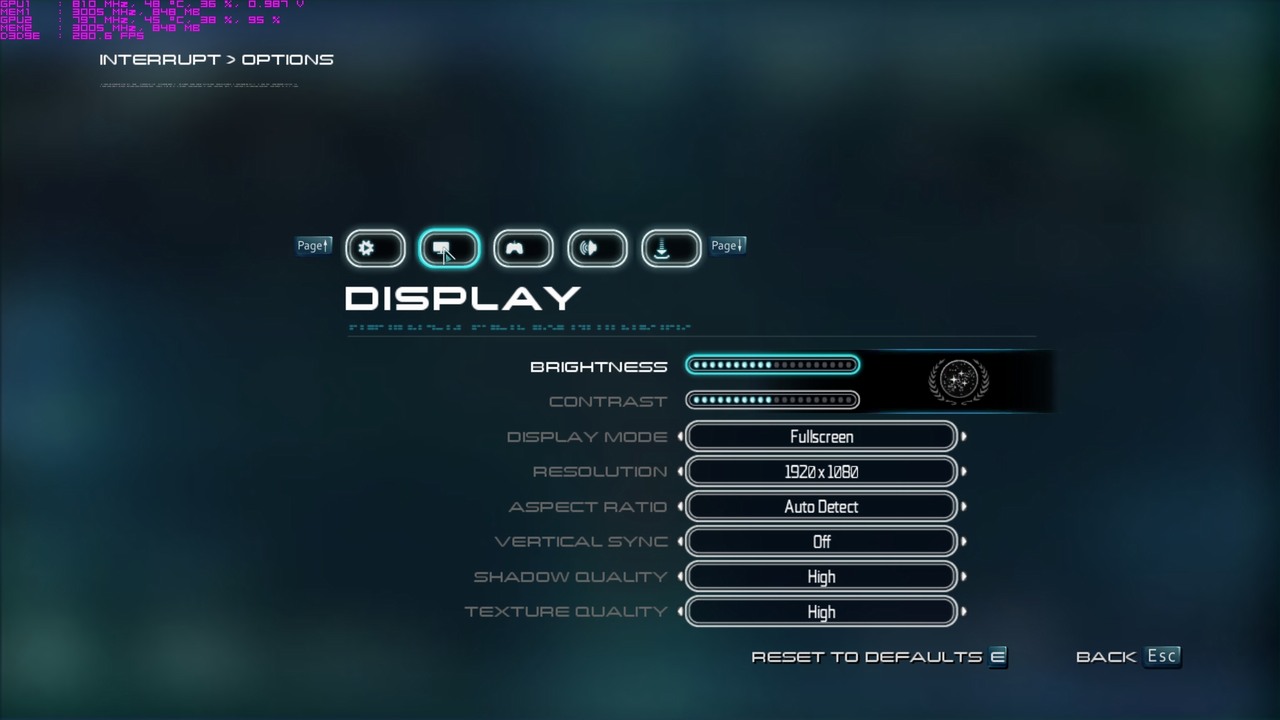 All jokes aside, Digital Extremes did a terrible job and this port screams of that-word-that-console-gamers-hate-but-PC-elitists-use-constantly. Thankfully, it’s not demanding, meaning that even those with low-end systems will be able to run it. In order to push our GPU a little bit, we tried running this game at really high resolutions, and we are happy to report that a GTX690 can run this puppy at 3840×2160 with 90-180fps. And since there aren’t any in-game AA settings, we strongly suggest those with high-end GPUs to downsample the hell out of it.

Graphics wise, everything looks so old-gen. Self-shadows are almost non-existent. Environmental textures are blurry and low-res (though the grass textures look really great, so kudos to Digital Extremes for offering better grass textures than Crytek did). On the other hand, the textures of both Kirk’s and Spock’s suits are of high-res, making them standing out. Characters are casting – most of the times – shadows, though everything feels so ‘bland’, ‘flat’ and ‘empty’. Digital Extremes has used ambient occlusion to good effect, though that feature alone cannot save the day. And despite some good reflections on a number of surfaces, the overall lighting system seems very simplistic. Add to this the average skin shaders and you got yourself a title that looks similar to those that were released a couple of years ago (actually, some older games are looking way better than Star Trek: The Video Game, but let’s go into this).

All in all, Star Trek: The Video Game is a let down. Yes, Digital Extremes’ third person shooter runs incredibly well on a variety of PC systems, it’s not as demanding as other titles, and there are proper on-screen keyboard indications. Normally, we’d salute something like that. However, the game sports average visuals and there is nothing noteworthy to write about. Star Trek: The Video Game’s visuals are underwhelming, and look similar to those of games that were released two or three years ago. Not only that, but the available graphical options are a far cry from what PC gamers expect, even from multiplatform titles. And that’s a bad, bad, baaad thing. 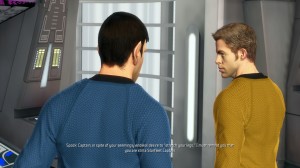 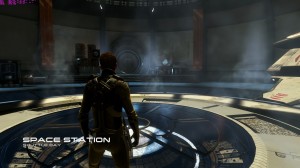 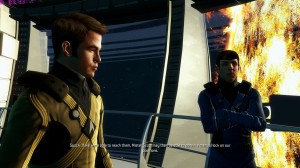 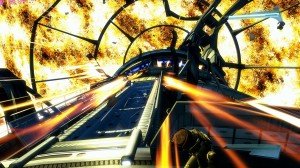 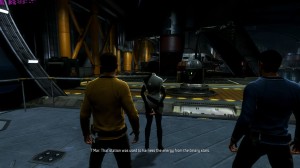 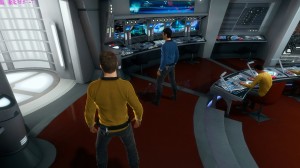 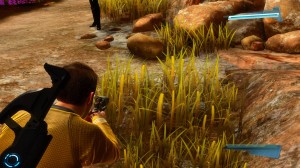 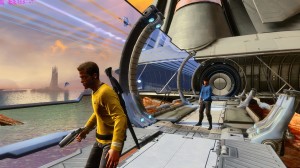 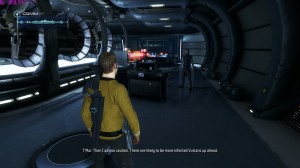 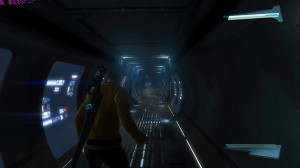 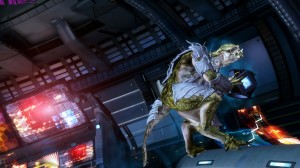 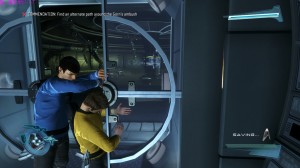 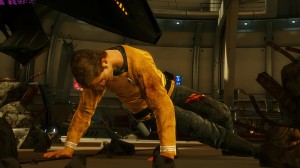 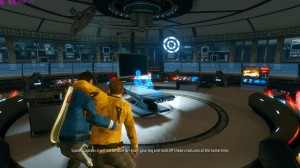