You know what? I seriously don’t understand game developers. No seriously, I don’t. What’s the point of creating a PC game when it cannot take advantage of more than three CPU cores? Hell, I would understand that if a game did not stress the CPU. What happens though when a graphics option hits the CPU hard, causing low performance that could have been easily avoided with proper multi-core support (or you know, by letting the GPU actually handle that setting)? But let’s take things from the beginning. Hello and welcome to yet another Performance Analysis. Today we have the pleasure to take a closer look at Shadow Warrior’s remake; a game created by Flying Wild Hog, the company that brought us Hard Reset.

As always, we used an overclocked Q9650 (4Ghz) with 4GB of RAM, an Nvidia GTX690, the latest version of the GeForce ForceWare drivers and Windows 7-64Bit. The green team has not provided any SLI profile for this title as of yet, however PC gamers can easily enable it by using their trusty third party tool, Nvidia Inspector Tool. All you have to do is search for the “SW” profile (this profile is included in the 326.80 Beta drivers), and add the following SLI compatibility bit: “0x02C00005”. In addition, you’ll have to make the following adjustments in order to enable the game’s SLI support.

If you’ve followed the guide, congratulations, SLI should be working fine now. Special thanks to NFOHUMP’s member “Sabin” for figuring it out. Before continuing, know this; Shadow Warrior is a really demanding game at its max settings. Even though our SLI scaling was great, the game ran mostly with 60fps, and was dropping sometimes to 55fps (we should note that ‘Mirrors’ were disabled). Make no mistake, a simple GTX 680 is not enough for this game as it was hovering around 30-40fps in some scenes (when we ran the game in Single GPU mode). By completely disabling AA, owners of GTX680s will be able to enjoy constant 60fps (at Ultra settings, provided Mirrors are disabled). When we enabled SLI, our framerate sky-rocketed and – in some cases – doubled. The only downside of this custom SLI workaround is that it introduces a minor micro-stuttering effect, something that might bother some gamers. It’s not as bad as let’s say the one in Bioshock: Infinite, but it can be easily noticed while moving around. 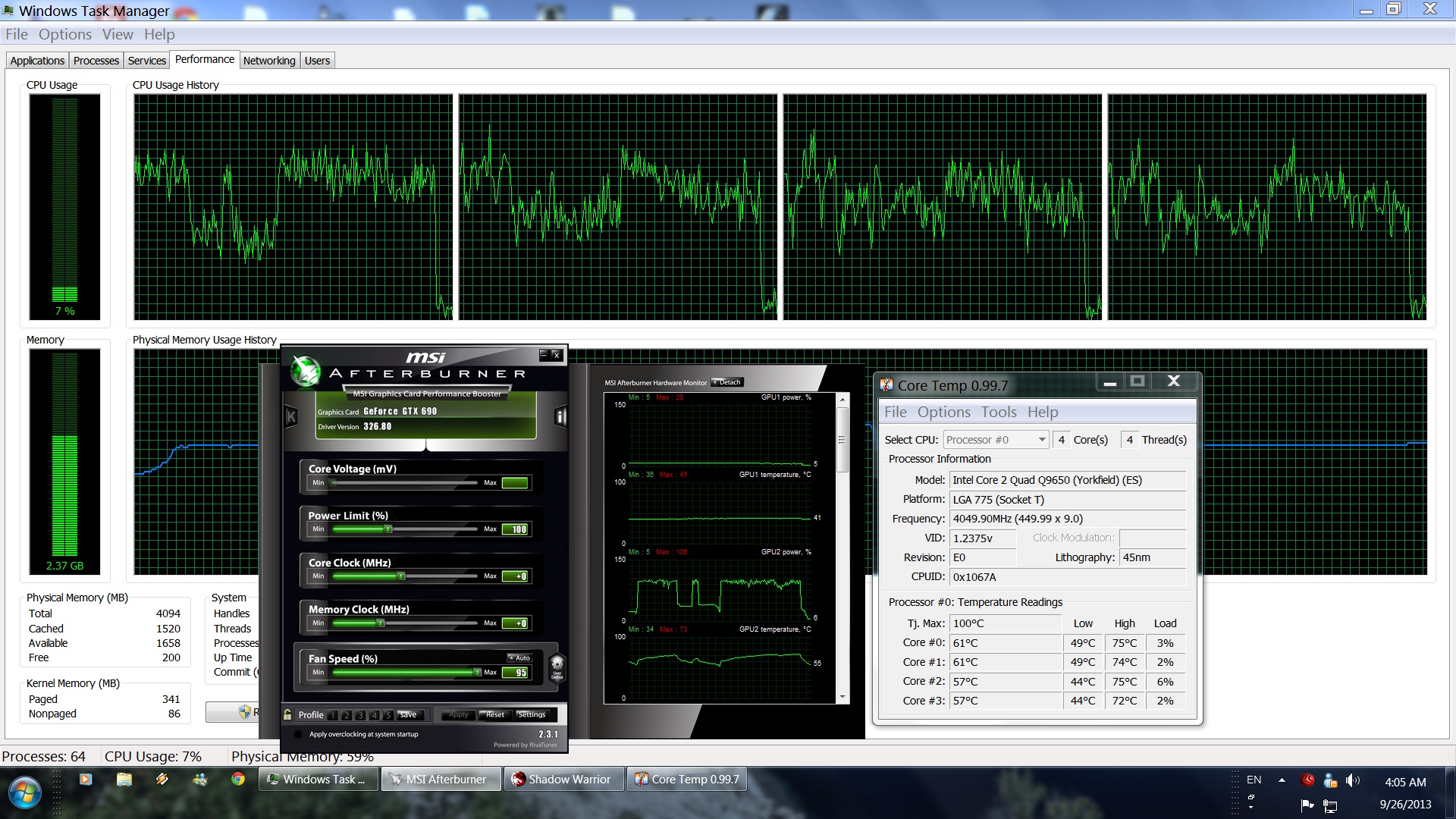 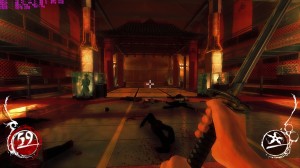 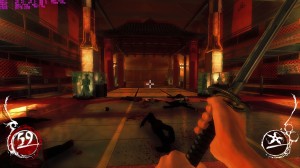 Not only that, but the Mirrors setting is hitting the CPU hard for no apparent reason. We are really puzzled here as to why Flying Wild Hog decided to let the CPU handle this graphic setting. Ironically, most players would not experience any performance issues at all, provided the game was utilizing more than three CPU cores. Seriously now, think about it. A CPU core, running at 4Ghz or even more, is just sitting there doing nothing. In terms of console specs, that is around two CPU cores of PS4 or Xbox One. Yes, PC gamers with newer CPUs – that offer better performance per core – will be able to overcome this limitation. However, this does not mean that the game is ‘optimized’ or that there is no room for improvements. And before people start yelling, the purpose of our analyses is not to brag about the game running without slowdowns but to see what the heck is happening with a game, and whether it has been optimized (whether that covers proper keyboard indications, multi-core CPU or GPU support, FOV sliders, or whatever you can think of). 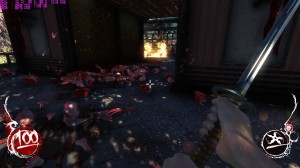 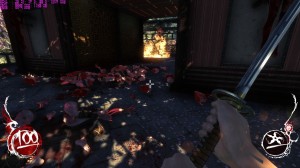 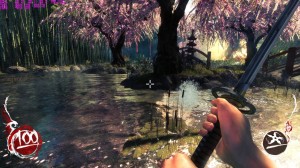 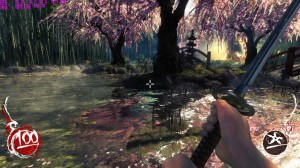 Shadow Warrior also suffers from various un-optimized scenes. As we’ve already shown, in the following scene we were averaging around 55fps with low GPU usage. When we moved a little bit forward, our framerate increased and was around mid-80s (GPU usage also increased to 90%). What was that? You think that the fallen enemies and their gibs were the cause of that low performance. Well, they were not. While facing them from a different angle, our framerate dropped at only 75fps. Moreover, that room did not have anything to stress the CPU. It was just a room. In fact, while facing the fallen enemies from the complete opposite side (meaning that the GPU was rendering an identical scene, albeit what was outside of that room) we were averaging at 78fps. And it’s not this room the only one that shows this abnormal behavior. There are also other scenes in the first two Chapters that show similar behavior. In our opinion, this could be due to some memory leaks, as those scenes were running better once we exited and re-launched the game. 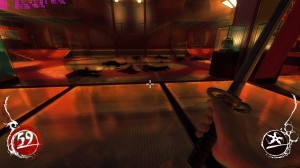 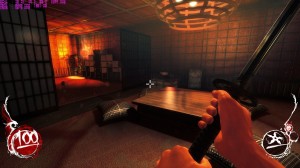 It’s pretty obvious by now that Shadow Warrior is plagued with performance and optimization issues that have not been ironed. But what about its visual fidelity? Graphics wise, Shadow Warrior is a great looker. It’s no stretch to say that at max settings (with Mirrors disabled and AA set at FSAAX4), Shadow Warrior is among the best looking FPS titles to date. Yes, it may not feature the massive environments of Skyrim modded. Yes, its destruction level may feel limited to those who enjoyed Crysis (or even Battlefield 3, despite the fact that most of its destructibility was scripted). However, its overall fidelity is really top notch. Flying Wild Hog has used high resolution textures, and this is the first time we feel that SweetFX is simply not needed. Players can cut and dismember opponents, and we are happy to admit that sometimes we felt like Kung Lao from Mortal Kombat II. Shadow Warrior also uses most known graphical techniques such as POM, SSAO, anamorphic lens flares, camera dirty lens, etc. Not only that, but the game is colorful, which is a nice change from all those brown-ish or blue-ish FPS titles that have flooded the market. 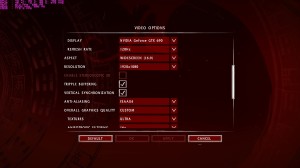 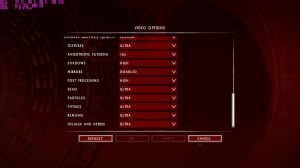 Flying Wild Hog has also provided PC gamers with a lot of options. You will be able to adjust a lot of graphics settings (there is a triple buffering setting too) so most of you will be able to find a combo that offers great visuals with good performance. Just make sure to disable Mirrors, especially if you are using a dual-core processor. As most of you would expect, there is also a FOV slider. Furthermore, we did not notice any mouse acceleration side effects (by default mouse smoothing is disabled, but you can enable if you want to), something that is crucial for a fast paced game like Shadow Warrior. You will also be able to choose the melee weapon steering scheme for your katana, adjust your crosshair, as well as enable or disable various options such as blur, autopicking, auto weapon change and blinking.

All in all, Shadow Warrior is a mixed bag. On one hand, the game suffers from various optimization and performance issues. On the other hand, it offers one hell of options to tweak, looks gorgeous, and – as a game – is highly enjoyable. Since there are lots of graphics options, PC gamers will be able to adjust the game to their likings. It’s just sad that Flying Wild Hog did not take advantage of more than three CPU cores. And it’s sad because most of its performance issues could have been avoided by simply putting the fourth (or the fifth, or the sixth, or the seventh) CPU core into good use. Bummer. 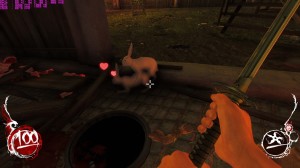 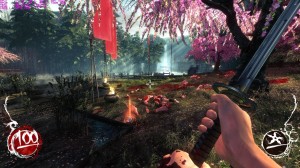 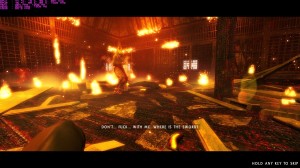 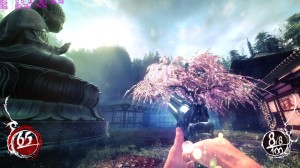 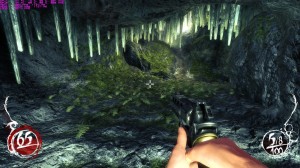 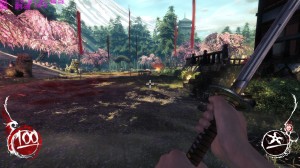 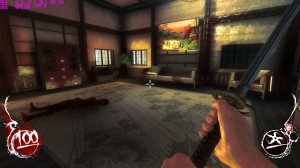 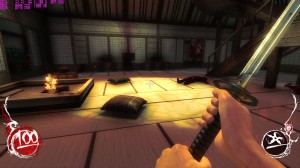 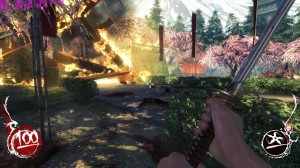 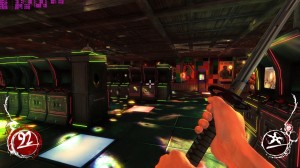 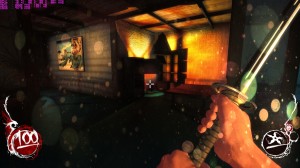