After five whole years, Ebb Software released its H.R. Giger-inspired game, SCORN, on PC. Powered by Unreal Engine 4, it’s time now to benchmark it and see how it performs on our platform. 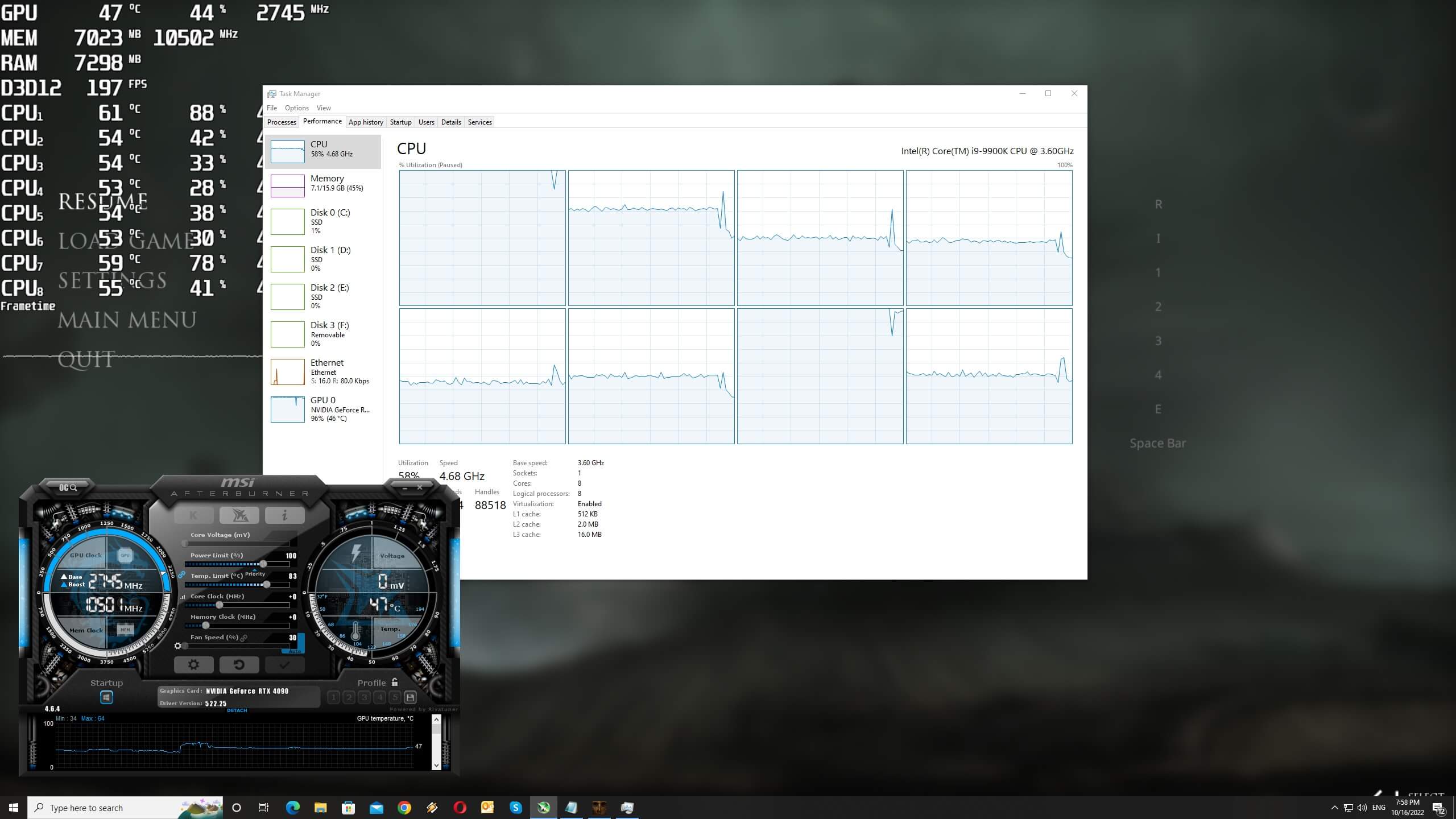 Ebb Software has added a few graphics settings to tweak. PC gamers can adjust the quality of Visual Effects, Post-Process, Textures, Shadows and Anti-Aliasing. There is also a sharpening slider, and the game supports uncapped framerates. Additionally, the game supports AMD FSR 2.0.

SCORN does not feature any built-in benchmark tool. Therefore, for both our GPU and CPU benchmarks, we used the main big area you visit at the beginning of the game.

In order to find out how the game scales on multiple CPU threads, we simulated a dual-core, a quad-core and a hexa-core CPU. And, surprisingly enough, our simulated dual-core system was able to provide more than 60fps, even without Hyper-Threading. Also, those targeting framerates higher than 100fps will have to at least own a modern-day quad-core CPU. 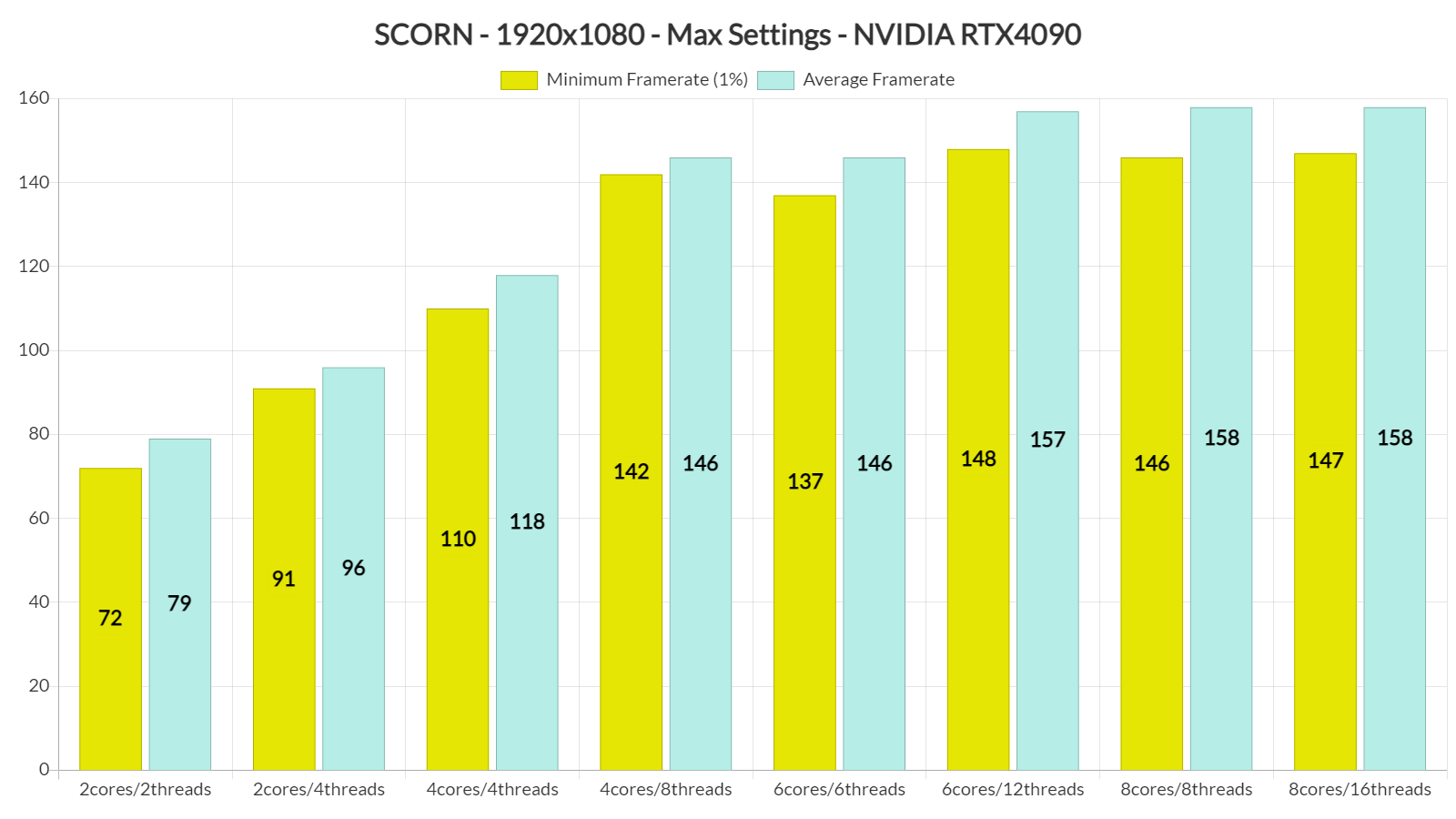 SCORN does not also require a high-end GPU in order to be enjoyed with 60fps at 1080p/Max Settings. In fact, all of our graphics cards were able to provide a constant 60fps experience, which is a welcome surprise. 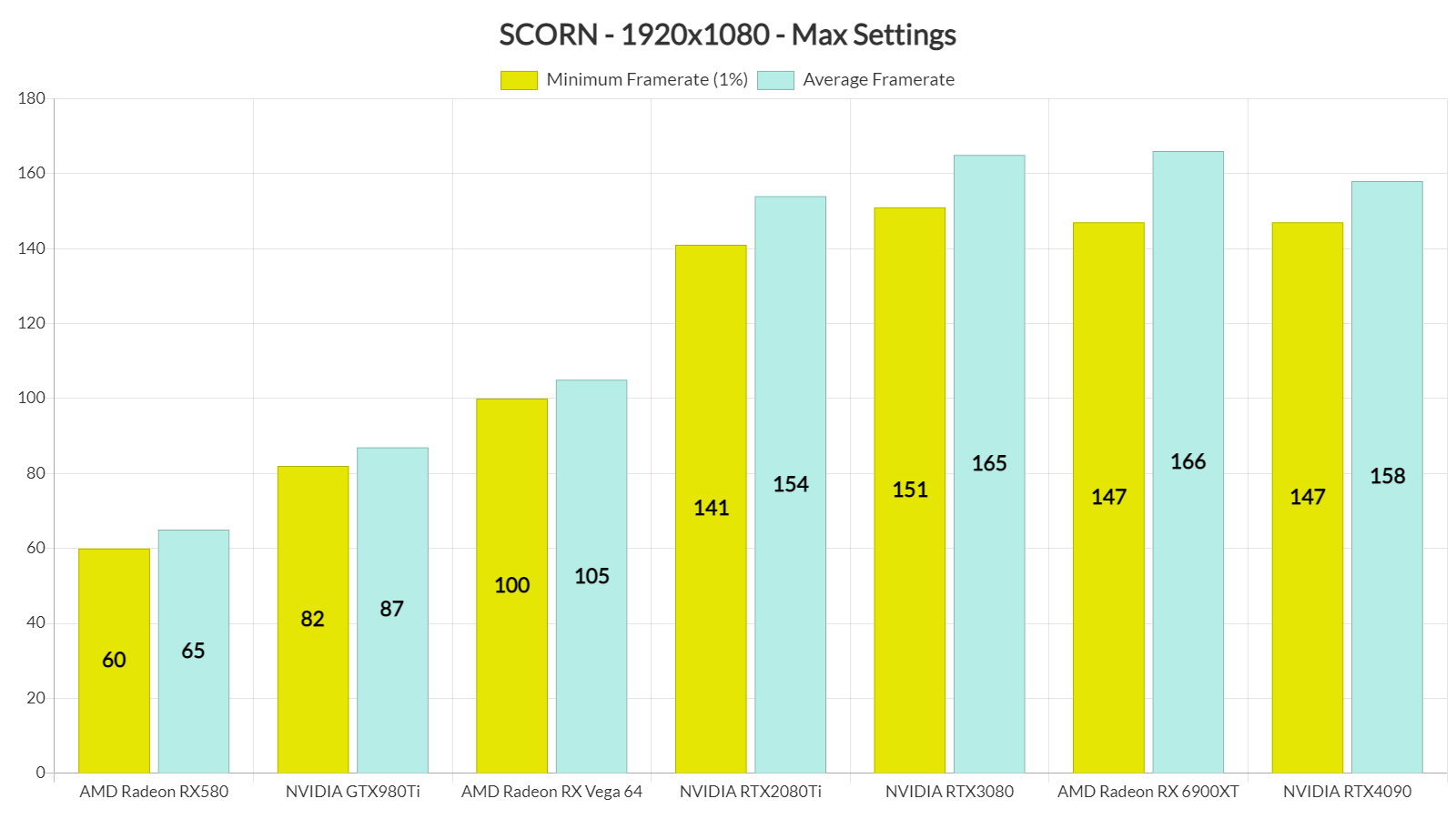 As you can see, our NVIDIA RTX 4090 performed worse than the RTX 3080 or the AMD Radeon RX 6900XT at 1080p. My guess is that this is due to the drivers not being properly optimized yet for the Ada Lovelace architecture. We are also investigating other DX12 rasterized games in order to see whether NVIDIA’s latest GPU underperforms in those too. 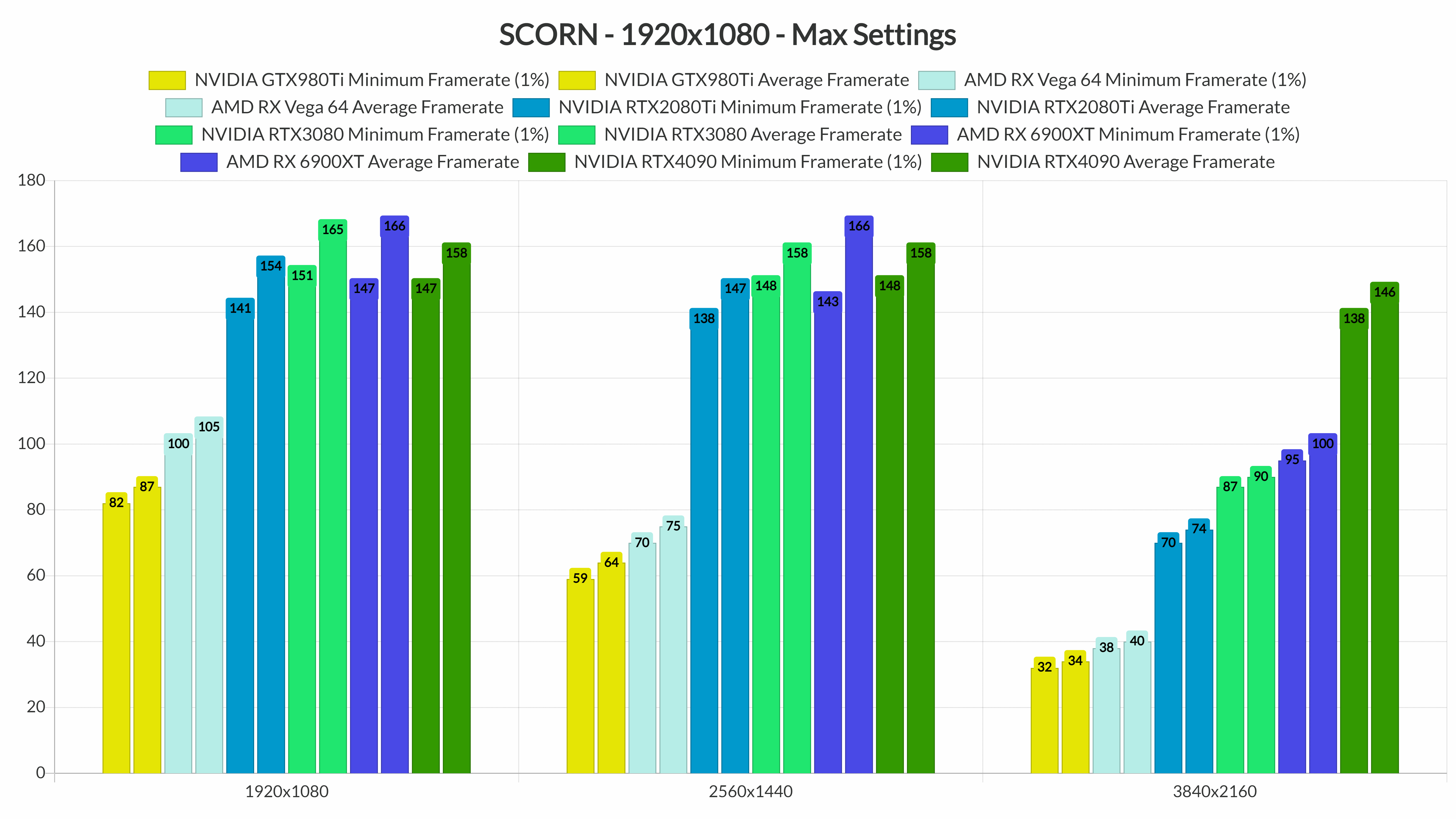 Graphics-wise, SCORN is a beauty to behold. While it took Ebb Software five years to release its title, the game’s environments are as atmospheric as they can get. In fact, the environments will immediately remind you of the sets from the first two Alien movies. Everything looks of high quality here, so kudos to the team for offering such a visually striking game.

Unfortunately, though, SCORN suffers from major stutters. The game appears to have both texture streaming and traversal stutters. These stutters will definitely annoy a number of PC gamers, especially when gaming at high framerates. Ebb Software used DirectStorage on Xbox Series X, so I don’t know whether this would minimize the stutters on the PC. I also don’t believe the team plans to update the PC version with support for it, so I guess we’ll never find out.

All in all, SCORN does not require a high-end PC system. Mid-tier systems can offer more than 60fps at 1080p/Max Settings. The game also displays proper on-screen K&M indicators. However, the game also suffers from stuttering issues. So yeah, keep that in mind before purchasing this game. Lastly, you can find below a video, showcasing the game in native 8K!