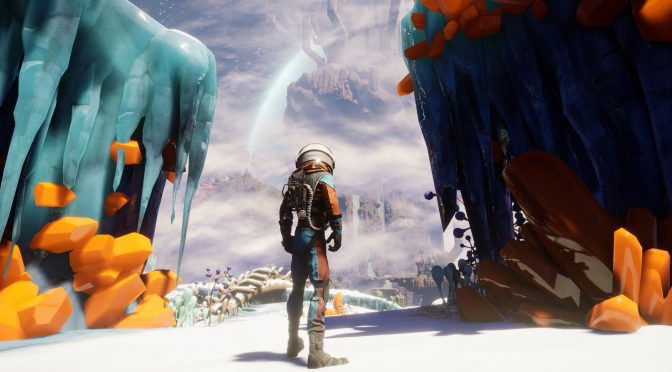 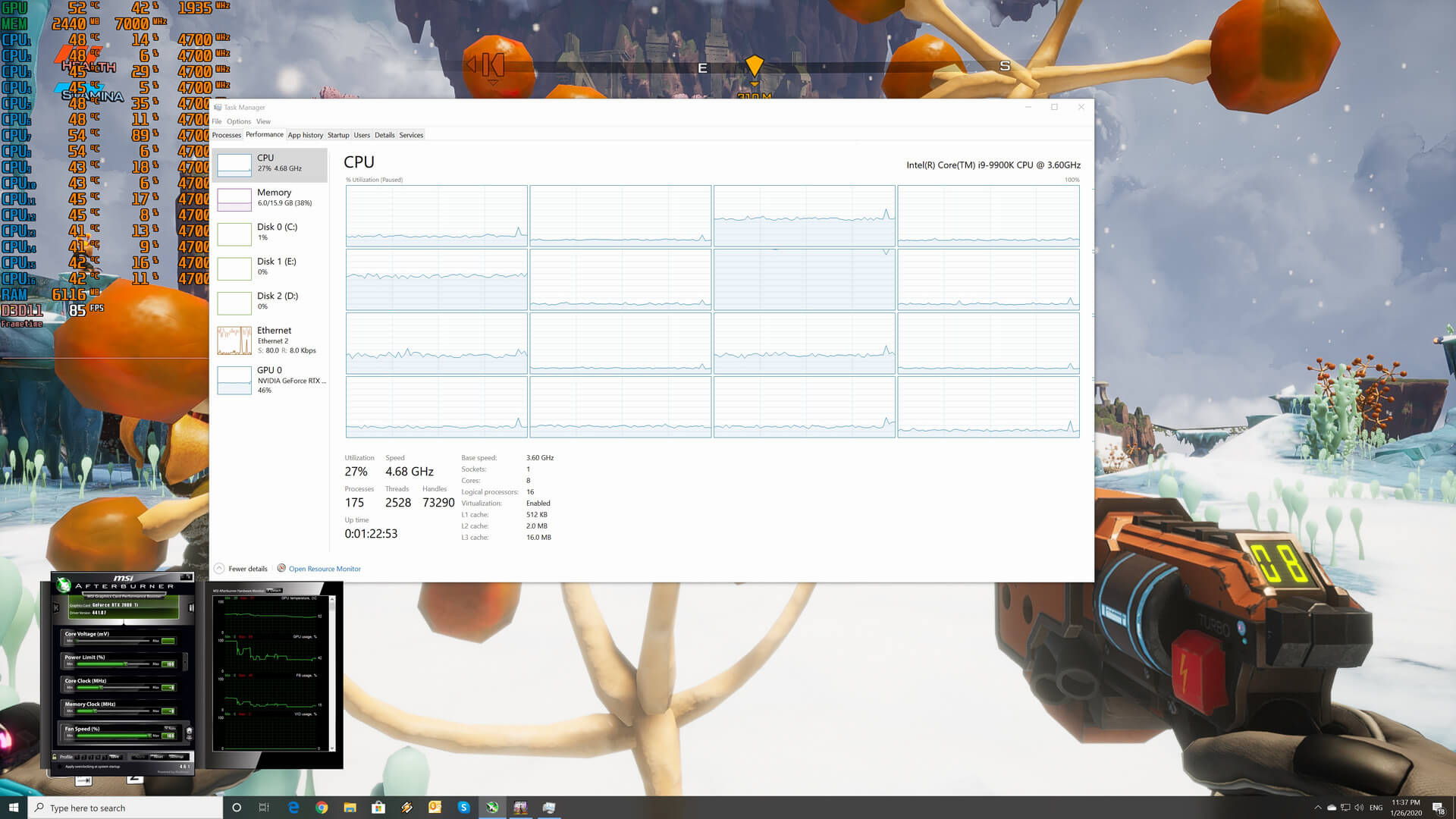 Typhoon Studios has added a few graphics settings to tweak. PC gamers can adjust the quality of Anti-Aliasing, Post Process, View Distance and Shadows. There are also options for Textures, Effects and Foliage.

Journey to the Savage Planet is using the DirectX 11 API and is mostly using one CPU core/thread. So, in order to find out how the game scales on multiple CPU threads, we simulated a dual-core, a quad-core and a hexa-core CPU. Without Hyper Threading, our simulated dual-core system was able to run the game with a minimum of 55fps and an average of 72fps at 1080p on Epic Settings. However, we experienced noticeable stuttering issues on this system. These stutters were eliminated the moment we enabled Hyper Threading. Furthermore, our minimum framerate increased to 73fps and our average to 91fps. On the other hand, the performance on our eight-core and simulated quad-core and six-core systems was identical. 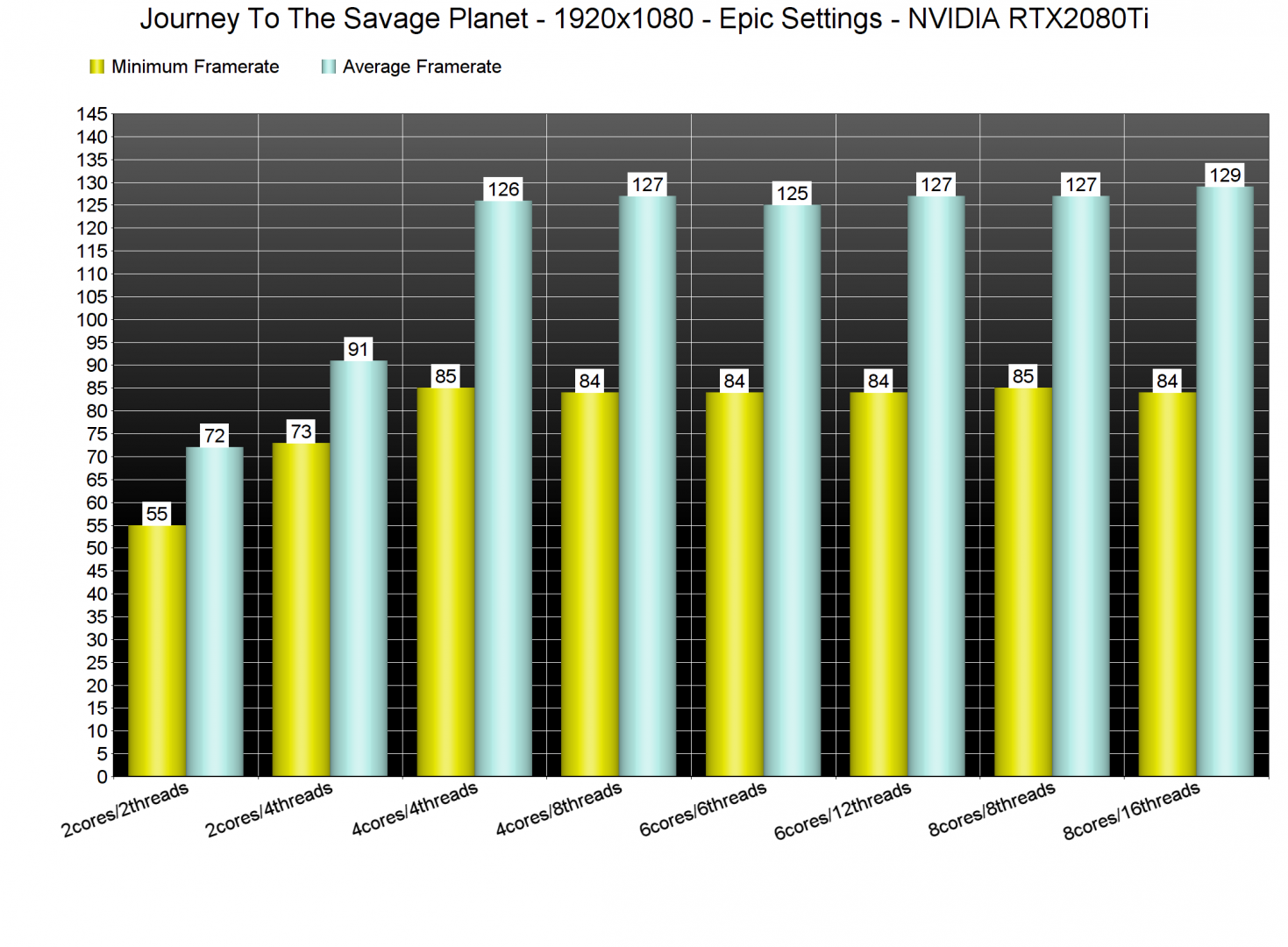 Due to its single-threaded nature, Journey to the Savage Planet had performance issues on our Intel i7 4930K. This particular CPU was unable to offer a constant 60fps experience as there were drops below 55fps. Therefore, owners of older CPU systems may encounter performance issues with this title. 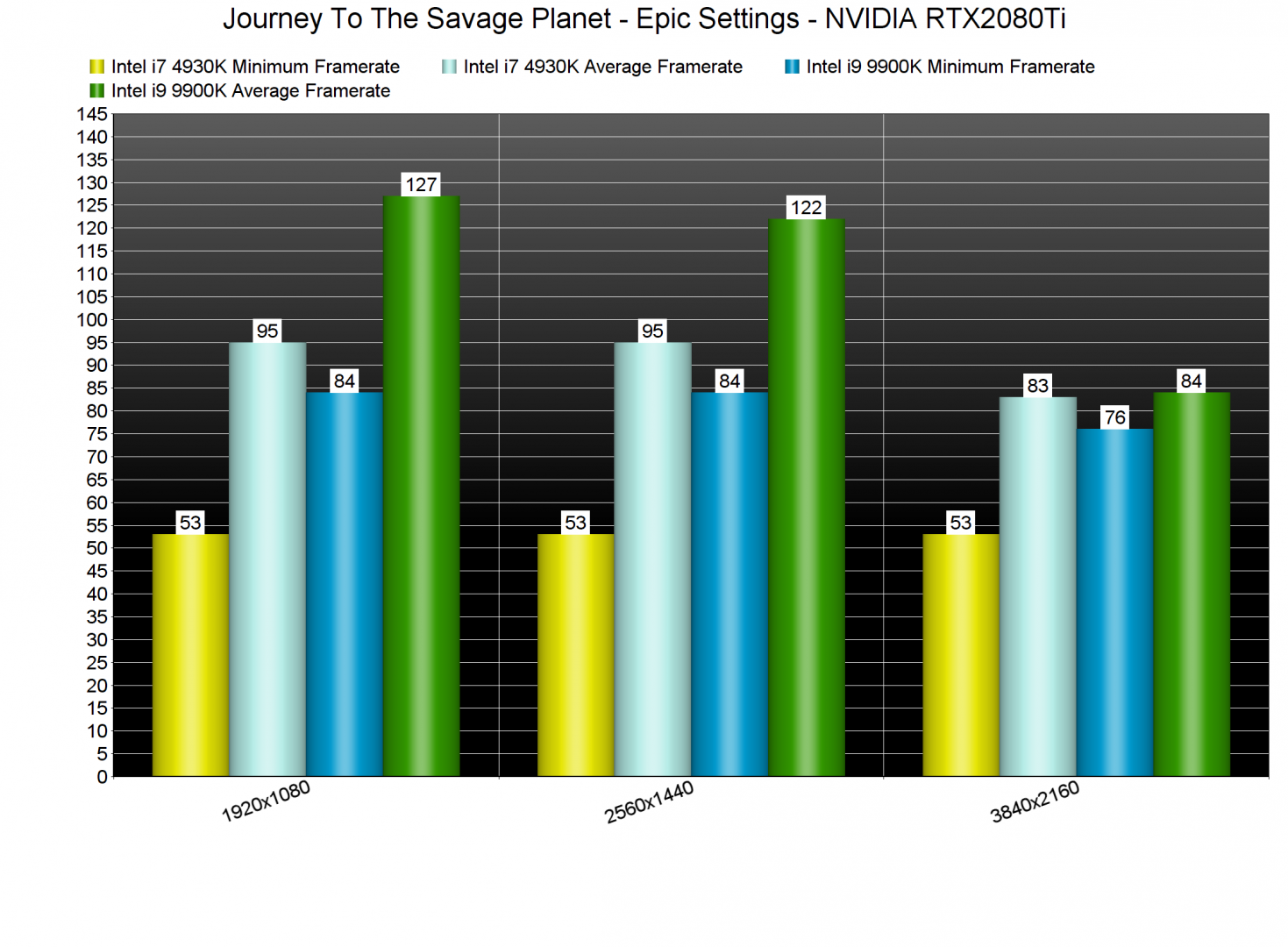 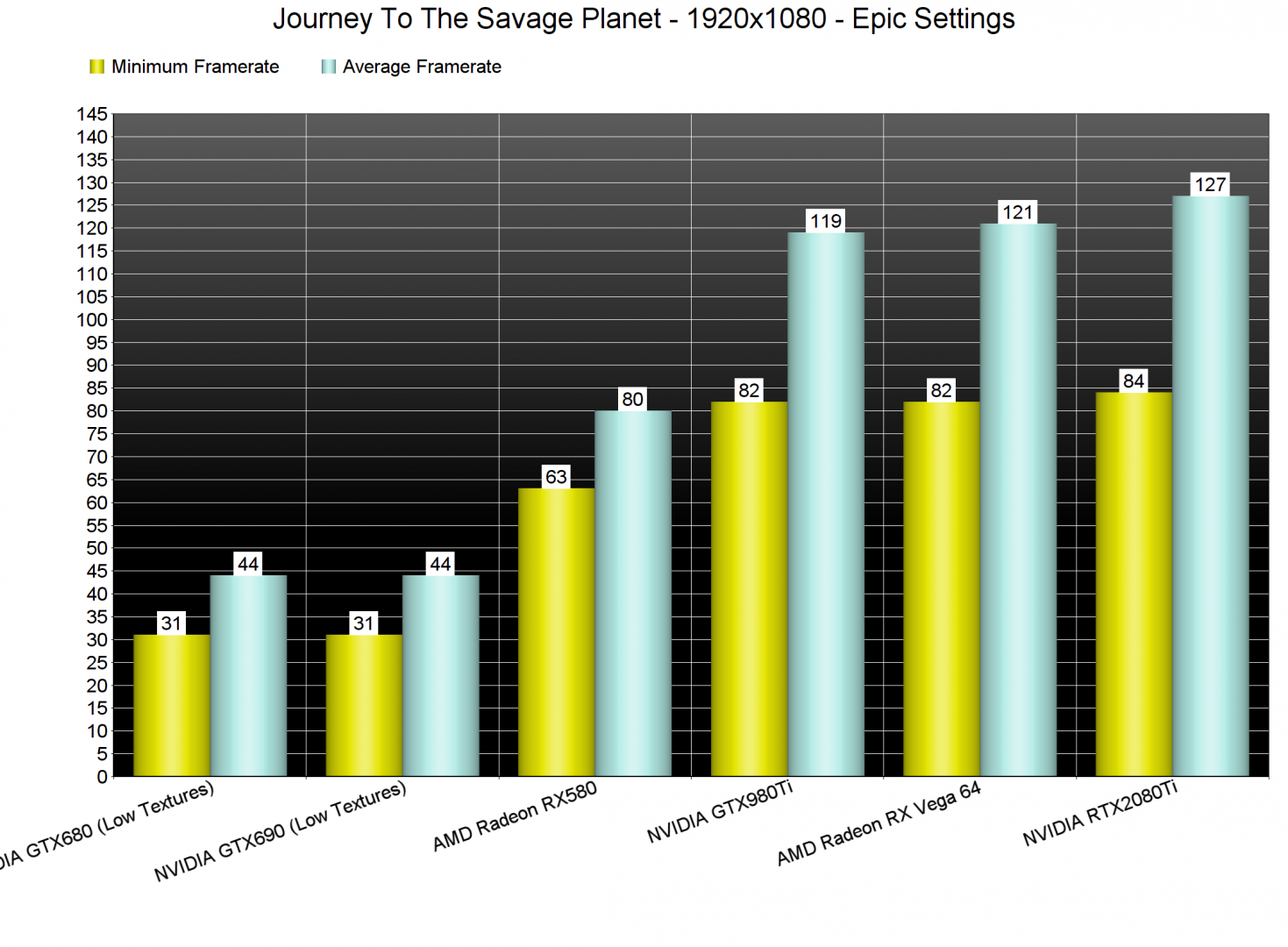 Graphics wise, Journey to the Savage Planet looks quite good, mainly due to its art style. However, the game suffers from major pop-in issues, even on Epic settings. Not only that, but there are a lot of “polygonal” objects. Overall interactivity and environmental destructibility is also limited.

All in all, Journey to the Savage Planet suffers from some optimization issues. While the game does not require a high-end GPU, it does require a CPU with high IPC. As said, this is mainly due to the game’s single-threaded nature. It will be interesting to see whether Typhoon Studios will release a post-launch performance patch. After all, the game should be running faster than it currently does on the PC.