For Honor is a game that impressed us with its performance even back in its closed beta phase. As such, we were almost certain that Ubisoft’s latest title will be running extremely well on the PC. And we were right. Powered by AnvilNext, For Honor has just been released on the PC, so it’s time now to see how it performs on the PC platform. 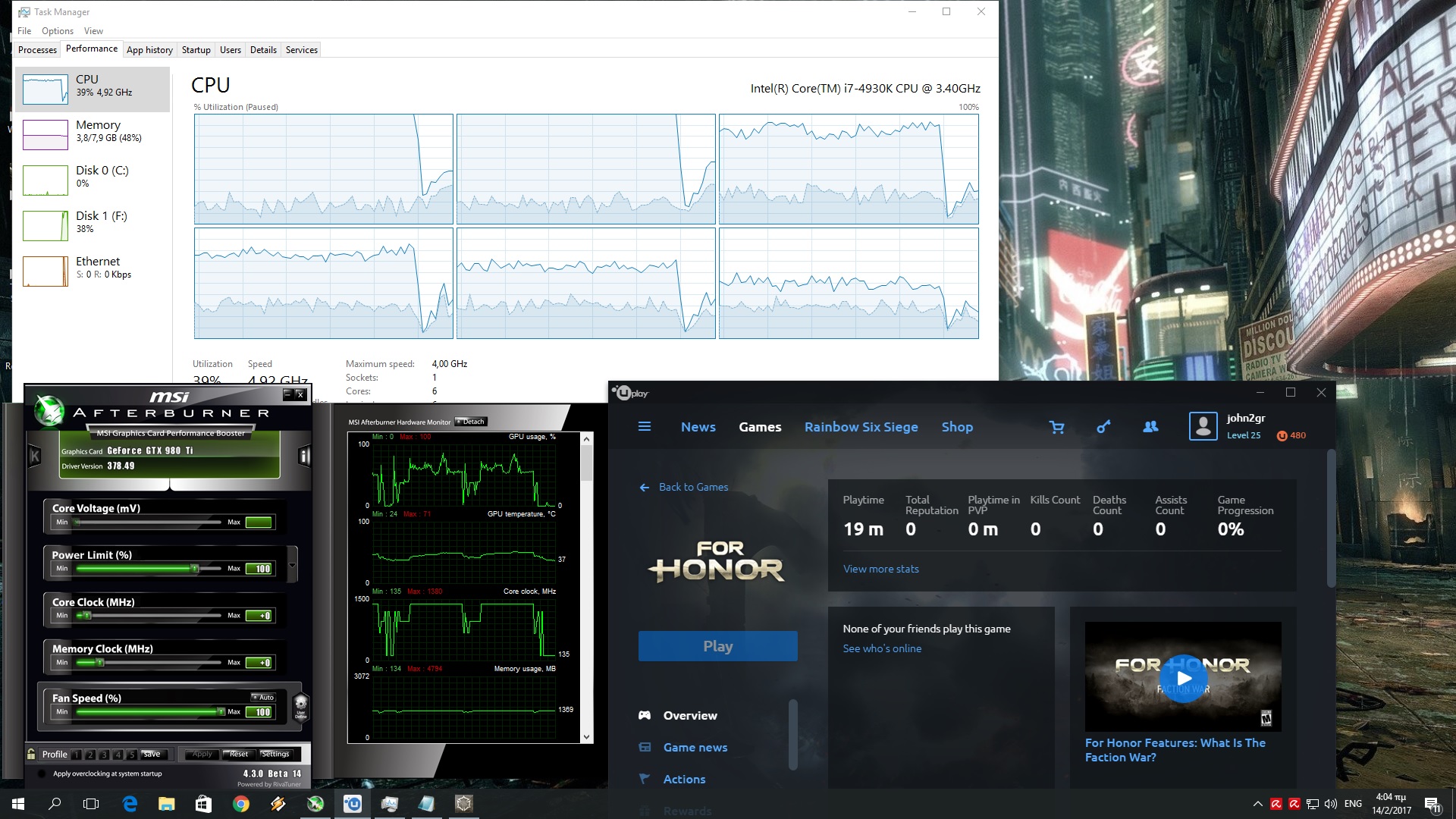 For this PC Performance Analysis, we used an Intel i7 4930K (turbo boosted at 4.2Ghz) with 8GB RAM, NVIDIA’s GTX980Ti and GTX690, Windows 10 64-bit and the latest WHQL version of the GeForce drivers. NVIDIA has already included an SLI profile for this title, meaning that PC gamers won’t have to mess around with third-party tools in order to enable it. If, however and for whatever reason, you are still using an older version of the GeForce drivers, you can use the following SLI compatibility bits in order to force/enable SLI.

Contrary to other Ubisoft titles, For Honor does not provide a wealth amount of options to tweak. PC gamers can adjust the quality of Textures, Texture Filtering, Anti-Aliasing (FXAA, SMAA and TAA), Render Scaling, Geometric Detail, Dynamic Shadows, Environmental Detail and Ambient Occlusion. Moreover, there are options to enable/disable Dynamic Reflections, Motion Blur and Supersampling Anti-Aliasing. Oh, and there is a FOV slider.

For Honor really impressed us with its performance. In Single-GPU mode, our GTX690 was almost able to offer a stable 50fps experience in 1080p with High settings. With SLI enabled, our old friend had no trouble at all running the game in 1080p with Extreme settings. Furthermore, we were able to use the highest amount of Textures without experiencing any stuttering issues (2GB of VRAM are enough for High textures in 1080p).

Naturally, our GTX980Ti had no trouble at all with this new game. Which is surprising as this is Ubisoft we’re talking about. However, and while the game was running fluently in 1080p with Extreme settings, we did encounter some issues when we increased the resolution. In 1440p, we noticed some minor drops below 60fps, and in 4K the built-in benchmark tool ran with an average of 38fps.

From the above, it’s pretty obvious that For Honor does not require a high-end GPU in order to be enjoyed. PC gamers can lower the settings in order to get a stable 60fps experience even on a single GTX680. What’s really amazing here is that For Honor looks better than numerous titles even on its Low settings, despite running extremely well.

For Honor also scales incredibly well on multiple CPUs. In order to find out how the game performs on a variety of CPUs, we simulated a dual-core and a quad-core CPU. And as we can see, even our simulated dual-core system (even without Hyper Threading) was able to offer a constant 60fps experience.

It’s worth noting that we experienced a really bizarre issue that Ubisoft needs to address. It appears that For Honor suffers from the same single-thread CPU issue that affected Homefront: The Revolution as the game is hammering the first CPU core. We were able to replicate this issue multiple times, so we are pretty sure that this is an actual bug and not an issue with our PC system. As soon as we disabled and re-enabled all of our CPU cores, we experienced a better CPU scaling (that also came with a 10fps performance boost). And while this bug does not have a big impact on overall performance, it’s still something that needs to be fixed.

Graphics wise, For Honor is one of the most beautiful games to date. The lighting system and the game’s global illumination effects in particular are top notch, and among the best we’ve ever seen. This obviously does not shock us as most of Ubisoft’s latest games demonstrated a similar thing. All of the in-game character models are highly detailed, and the game packs some really cool reflections. There are some cool environmental destructibility scripted events, though the game suffers from static environments (while playing) and invisible walls. While Ubisoft has included some really detailed textures, we did notice numerous low-resolution ones (as can be seen below). Moreover, not all light sources cast shadows (though the game does use cleverly ambient occlusion in order to give the illusion of extra depth during shadow-y areas). 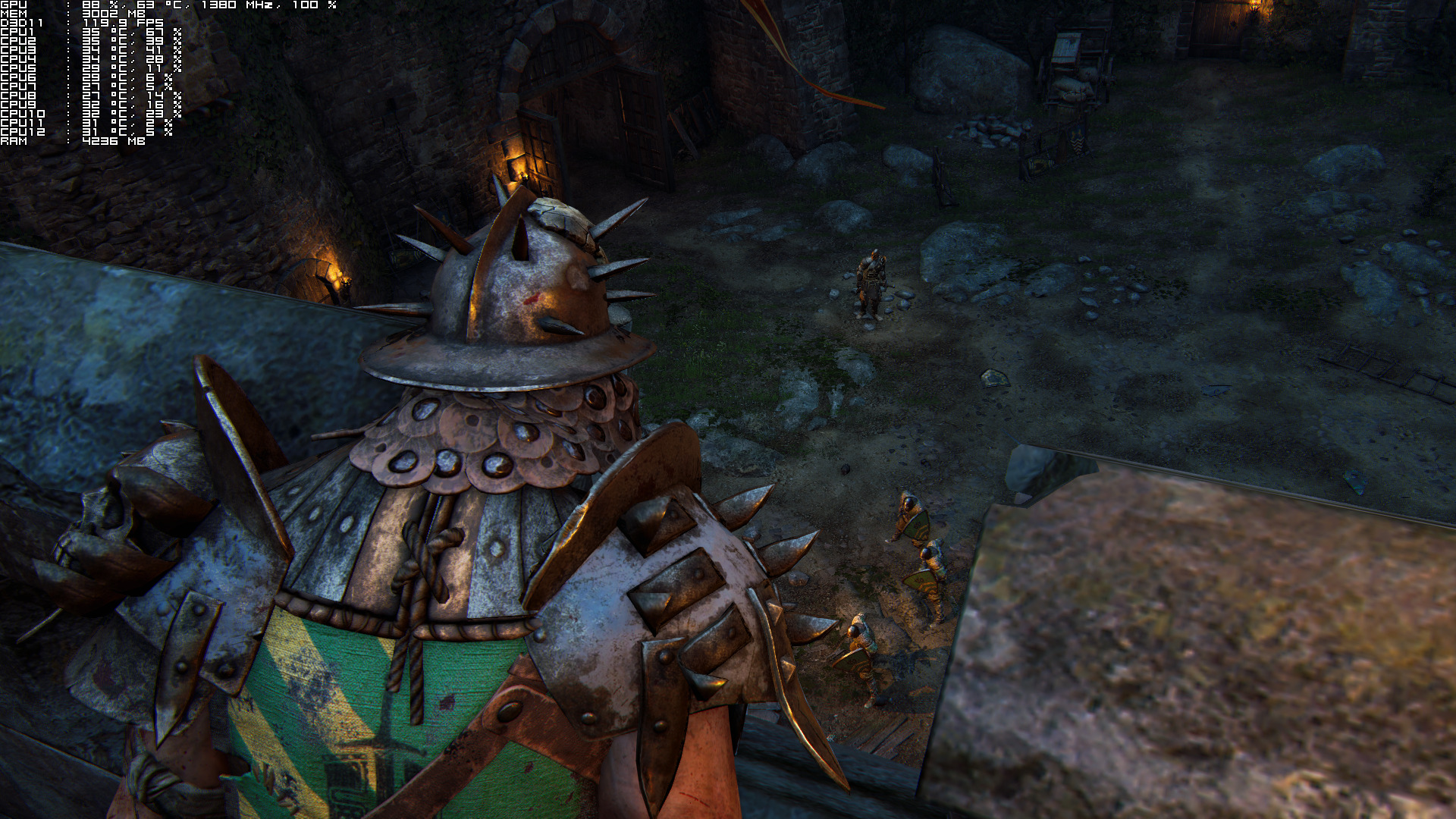 All in all, For Honor is one of the most optimized games of 2017, alongside Resident Evil 7. The game shows proper keyboard on-screen indicators while playing, we did not notice any mouse smoothing/acceleration issues, there is a Field of View slider, and the game looks beautiful despite the fact that it does not require a high-end PC system. Ubisoft Montreal and Blue Byte did an incredible work, though we should note that the game’s environments are not really large. This may explain why Ubisoft’s open-world titles suffer from performance issues while For Honor does not. Either way, For Honor runs amazingly well on the PC, so kudos to Ubisoft. 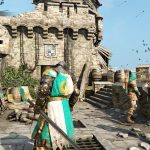 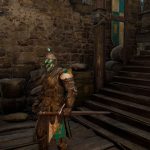 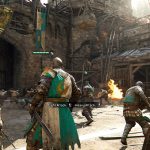 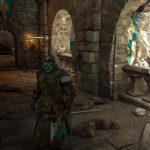 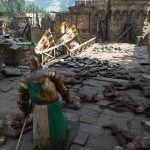 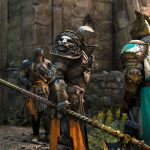 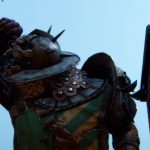 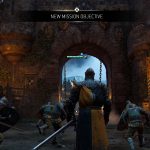 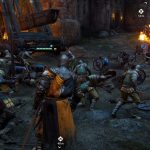 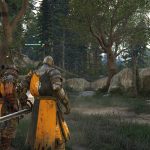 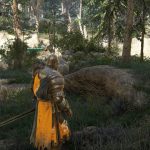 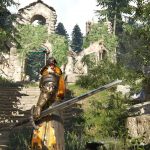