Final Fantasy XV is a game that pushed current-gen consoles to their limits. Powered by the Luminous Engine, this new FF game sported amazing visuals, particle effects and animations. And after a collaboration with NVIDIA, Square Enix has finally brought it to the PC. As such, it’s time now to benchmark it and see how it performs on our platform.

Before continuing, let us tell you that our comparison between the Denuvo and the Denuvo-free versions has been slightly delayed as we’ve had some difficulties acquiring the Denuvo-free version. While we could use the game’s demo, we believe that a proper comparison would be between the pirated final version and the retail version. After all, Square Enix may have included some performance tweaks and optimizations in the final build that are not present in the demo. 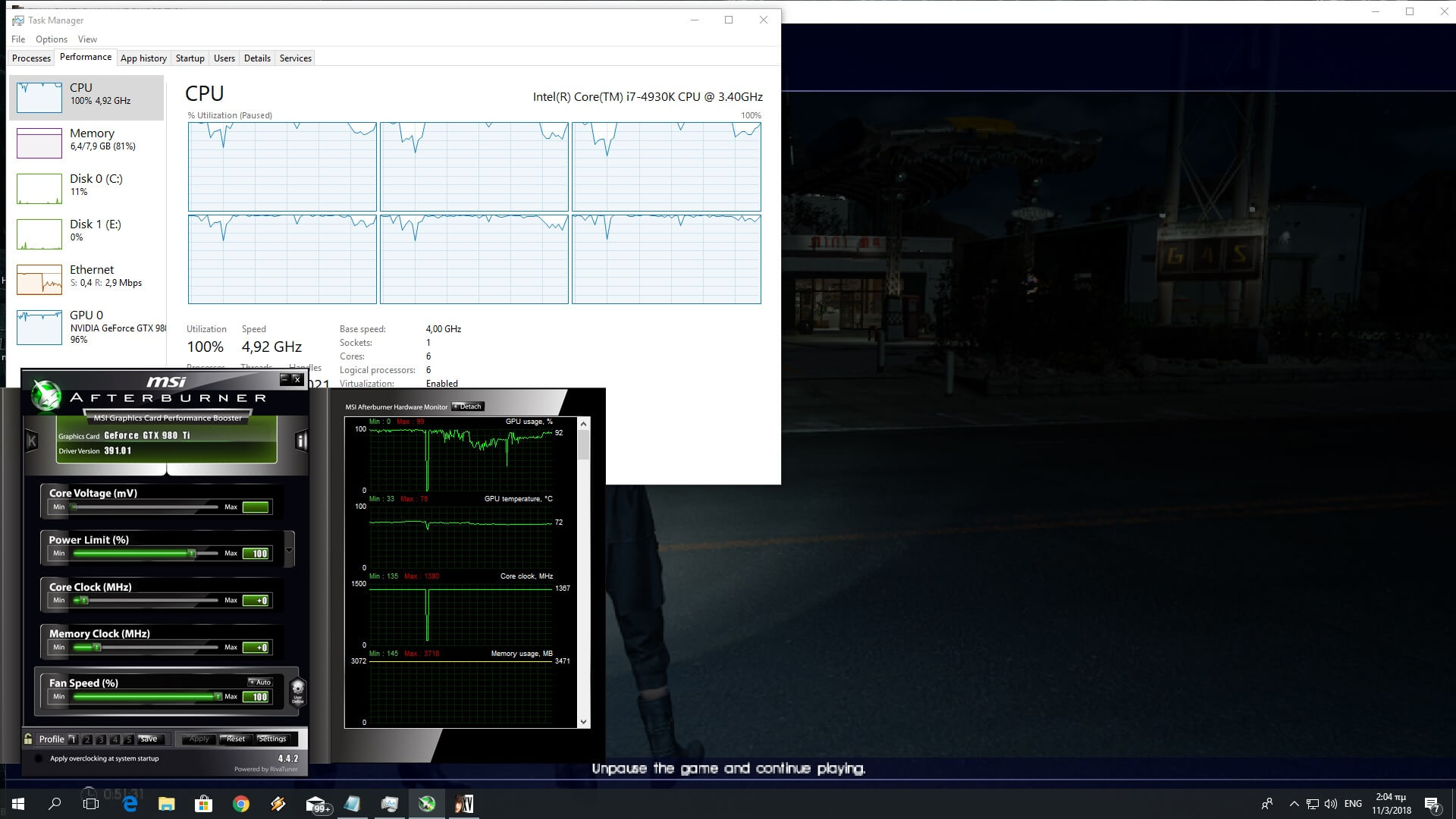 For this PC Performance Analysis, we used an Intel i7 4930K (overclocked at 4.2Ghz) with 8GB RAM, AMD’s Radeon RX580, NVIDIA’s GTX980Ti and GTX690, Windows 10 64-bit and the latest version of the GeForce and Catalyst drivers. NVIDIA has not added any SLI profile, however, 3DCenter member ‘Blaire’ has shared an SLI profile. Do note though that you’ll have to drop your Lighting setting to High in order to have good SLI scaling with this profile.

Square Enix has added a nice amount of graphics settings to tweak. PC gamers can adjust the quality of Model LOD, TRAM, Anisotropic Filtering, Lighting, Shadows, Ambient Occlusion, Anti-Aliasing and Filtering. Owners of GPUs with less than 10GB of VRAM should stick with the High option in TRAM. You can also enable/disable Motion Blur and Geomapping. Naturally, there are also the NVIDIA Gameworks effects, such as Hairworks, VXAO, TurfEffects and ShadowLibs. Since we’ve already covered the NVIDIA Gameworks effects, we won’t be going into full details about them in this article. You can find articles about them here, here, here and here. 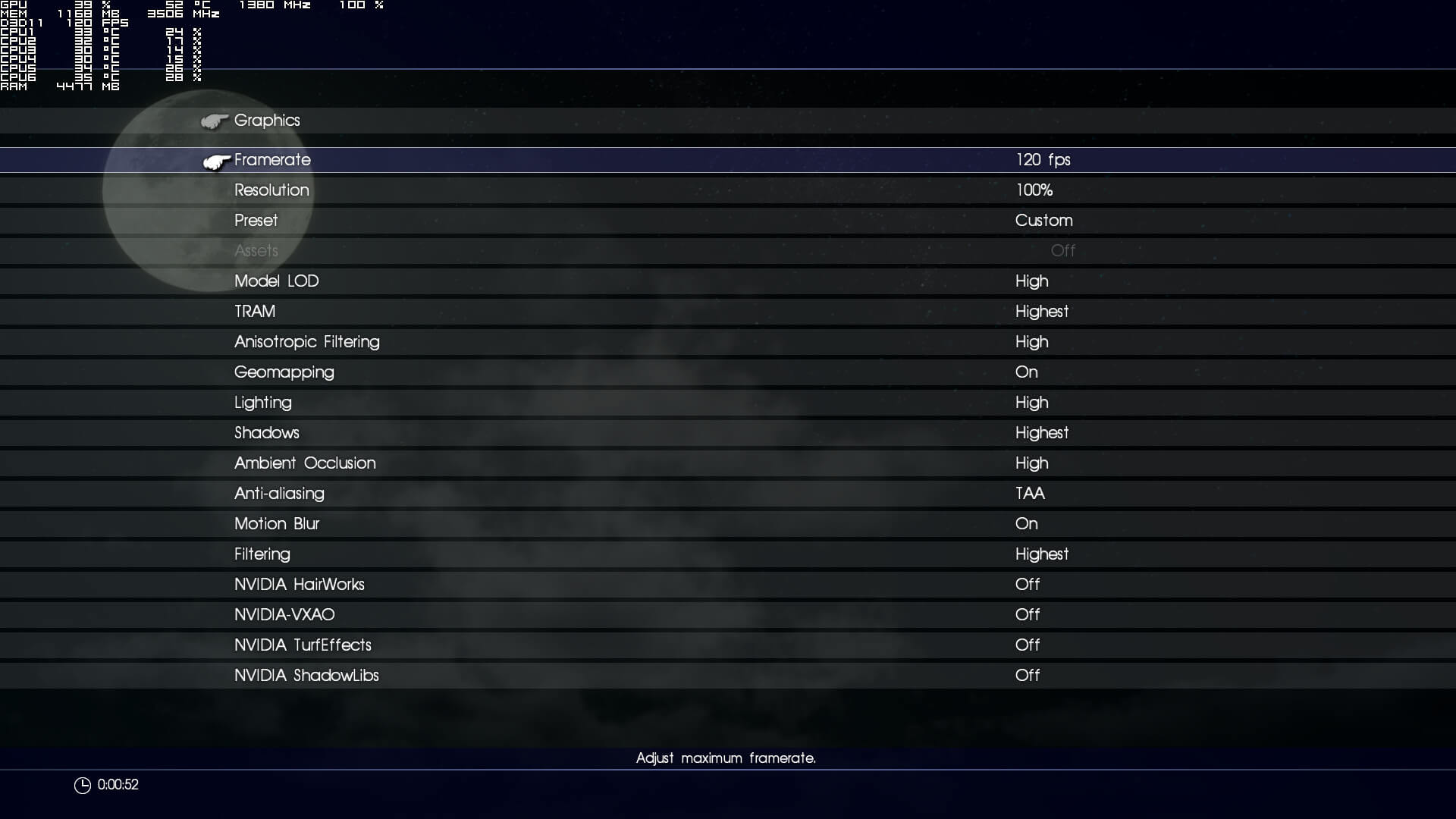 Final Fantasy XV is both a CPU and GPU bound title. For our CPU tests, we lowered the resolution to 1280×720 and kept the game’s Highest settings (without the NVIDIA Gameworks effects). And as we can see, Final Fantasy XV used all the available cores of our six-core system. 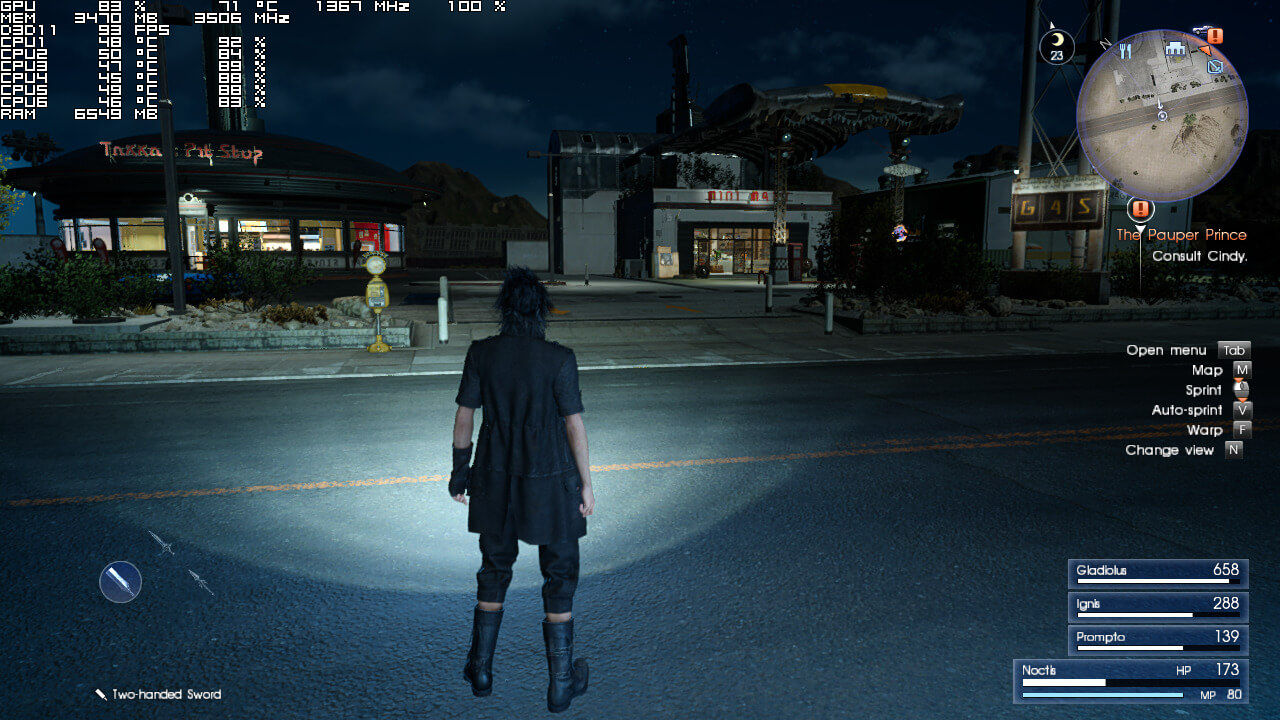 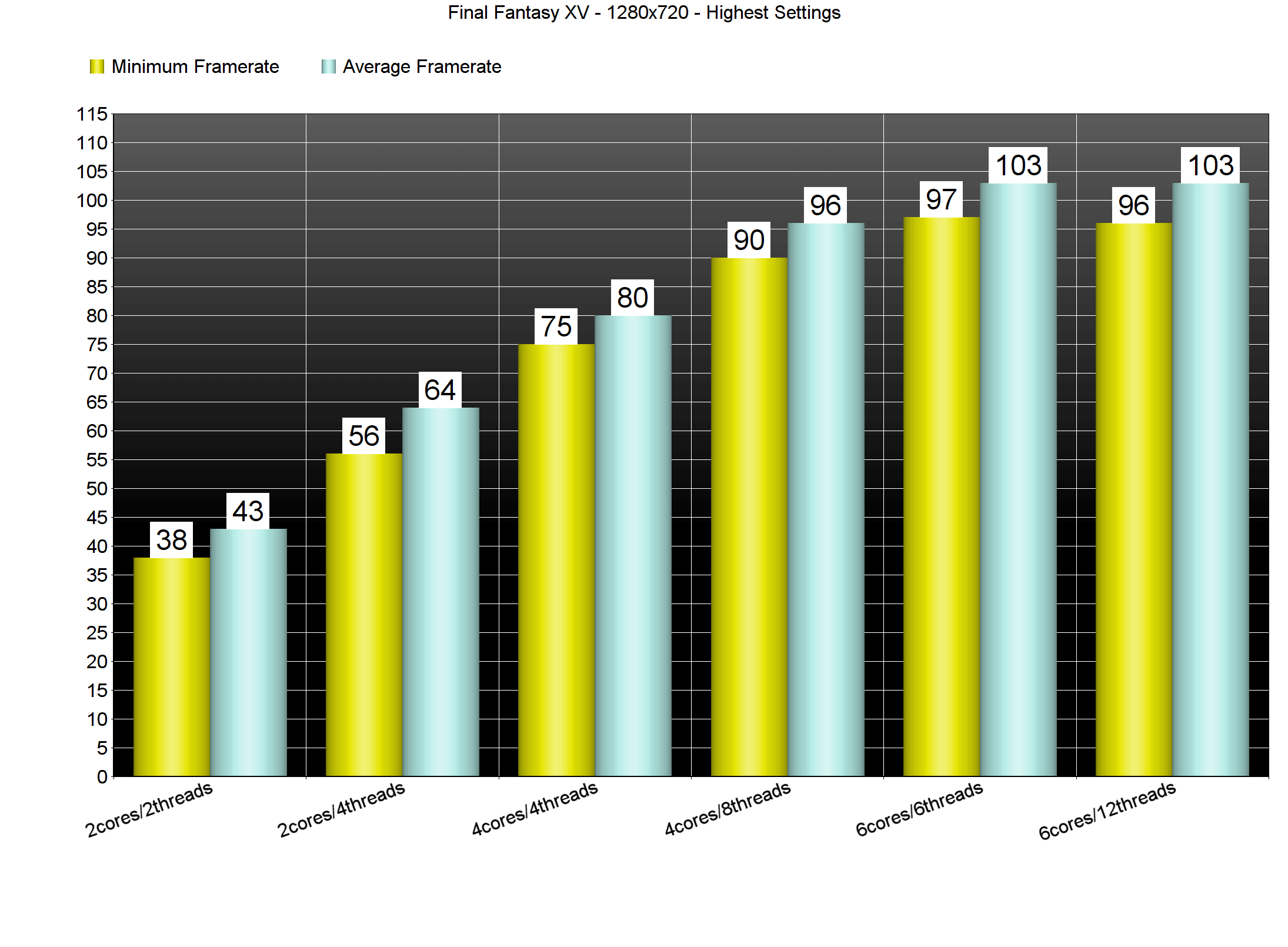 As said, Final Fantasy XV also requires a really powerful graphics card. Our GTX980Ti came really close to offer a constant 60fps experience on the Highest settings. There were some drops to 56fps but for the most part, this GPU was able to offer above 60fps framerates during heavy battles and during nighttime. However, there was one particular scene – when hunting monsters – in which our framerate dropped at 44fps. We don’t know whether this is simply an unoptimized place or not, however, there is a chance that your framerates may drop to mid 40s if later stages are as demanding/unoptimized as the following place. 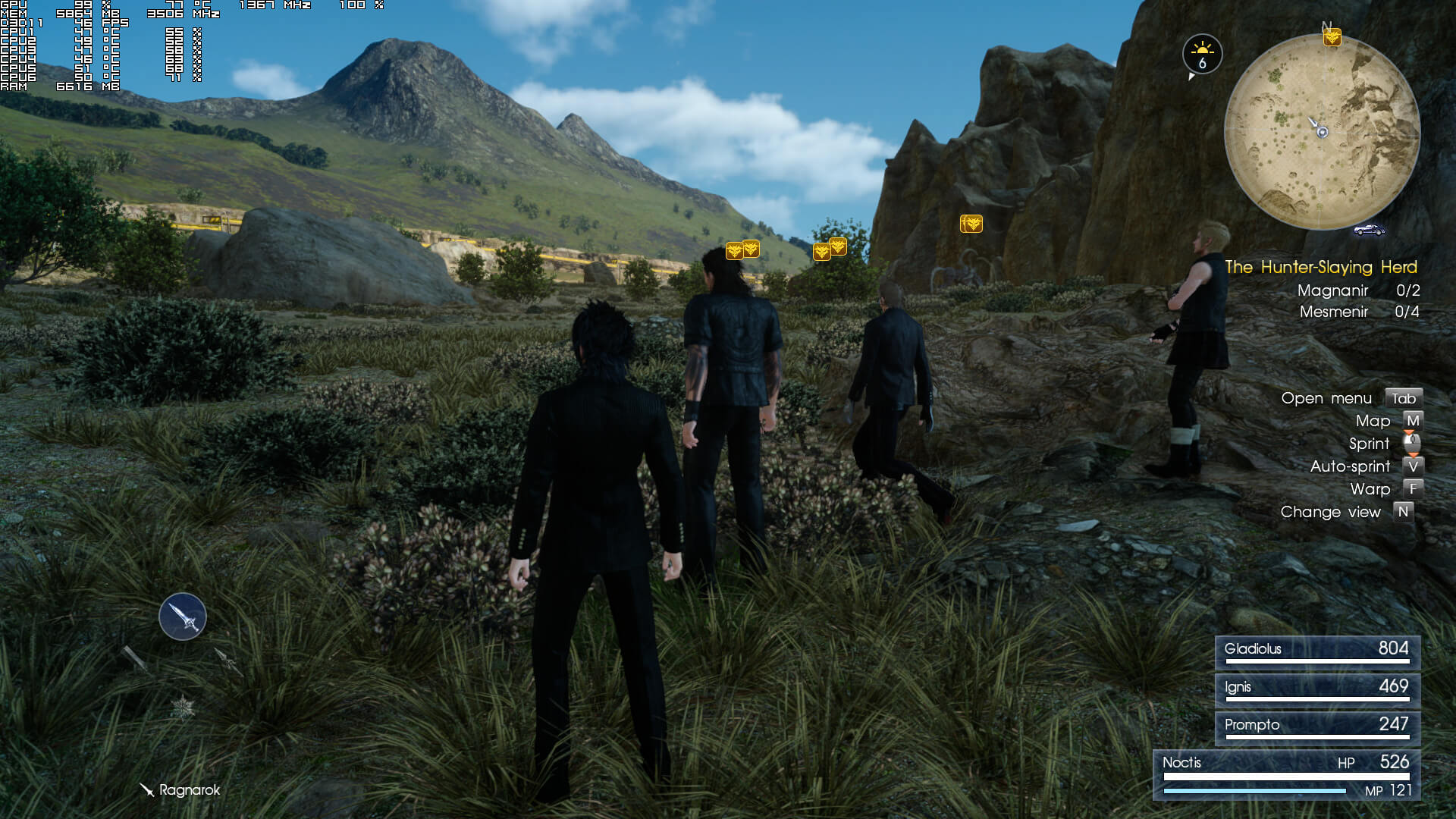 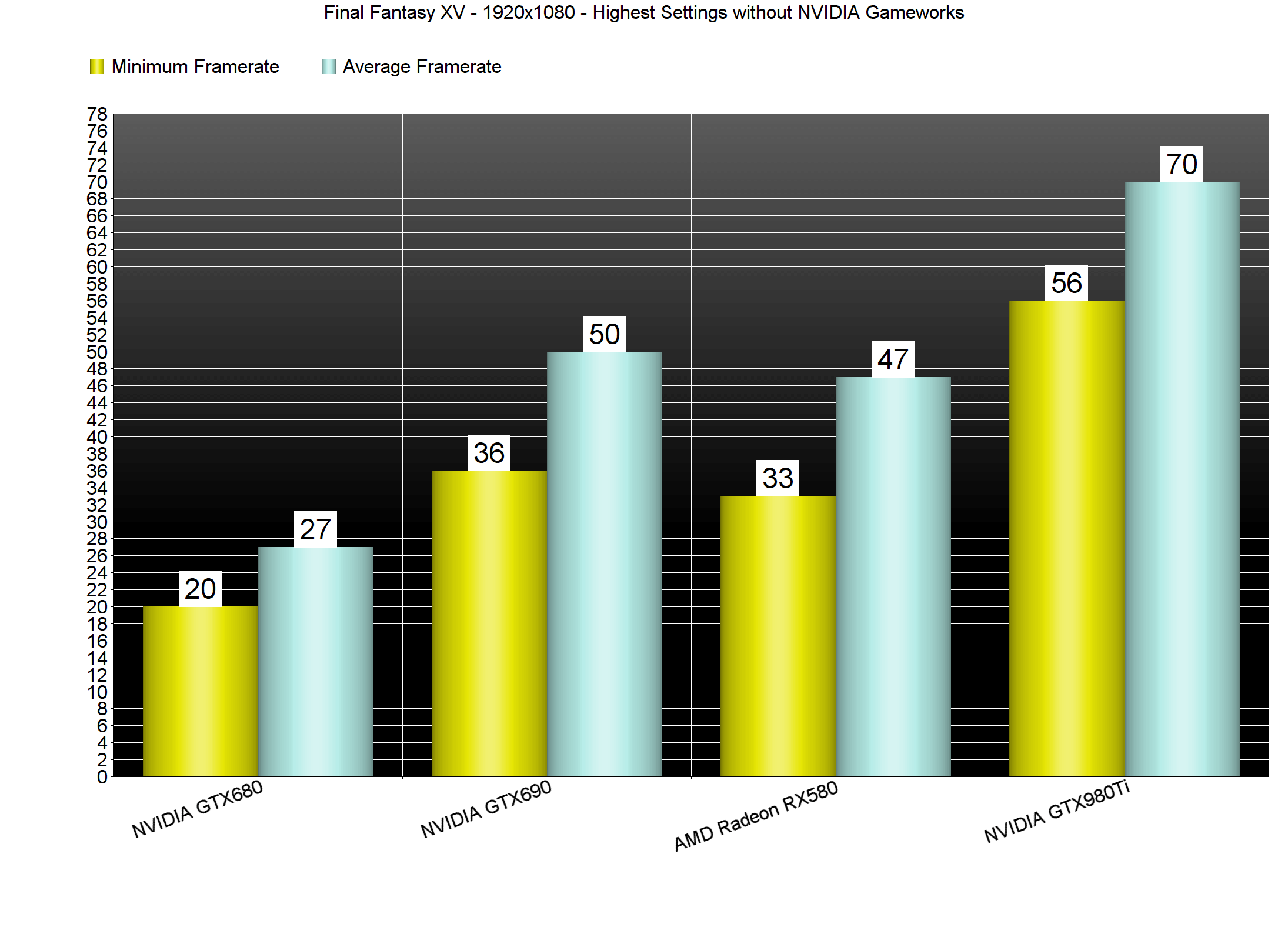 Speaking of the NVIDIA Gameworks effects, we strongly suggest disabling them if you don’t own a GTX1080Ti. With these settings enabled, our GTX980Ti was able to offer a minimum of 38fps and an average of 57fps. The two options that have a significant performance hit are: VXAO and TurfEffects. Both of them look great, however,it’s simply not worth enabling them in anything other than the GTX1080Ti (unless you are fine with slow-downs). 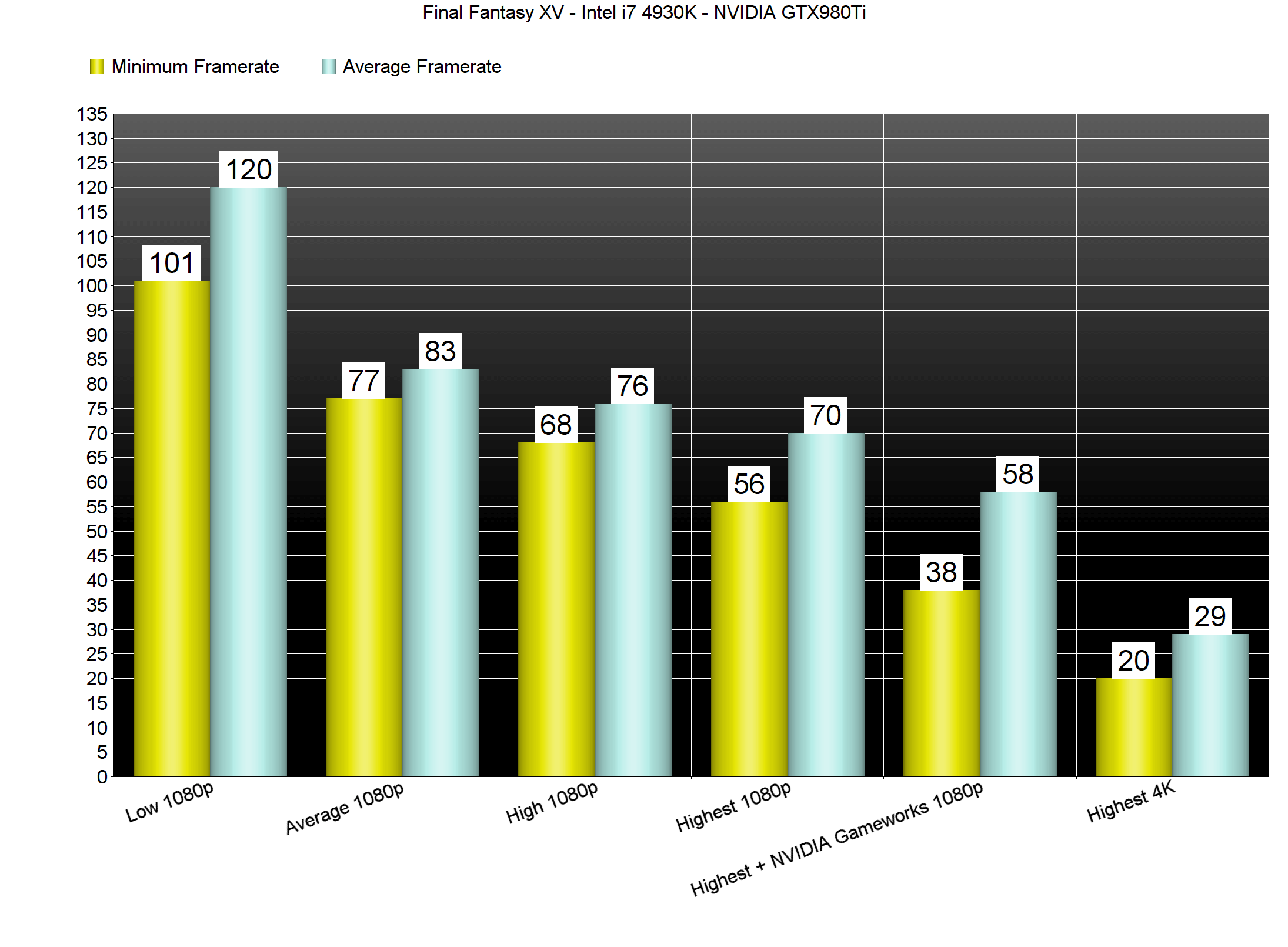 Graphics wise, Final Fantasy XV looks amazing on the PC and is easily one of the best looking games to date. All characters look and move incredibly well, the LOD settings have been improved (though there are still some pop-ins), the high-quality textures look stunning, the lighting system is spectacular and everything looks as good as you’d expect from a new triple-A release. PC gamers can also use Reshade in order to enhance their visual experience and sharpen the image, especially since the game’s TAA implementation is not as crisp as the one used in DOOM. The PC version also comes with some remarkably well tessellation terrain effects.

Final Fantasy XV is also the first FF game that offers proper mouse + keyboard controls. The game displays proper keyboard + mouse on-screen indicators, and there is no mouse acceleration or smoothing side effects. The only downside is that we cannot use the mouse in the inventory menu or in the map. Apart from this, the game is a joy with the keyboard and mouse.

Still, and while Final Fantasy XV is better than any other FF game to date, the game does suffer from minor optimization issues. Steam’s overlay appears to be causing some memory leaks, and players have discovered the framerate going downhill as soon as they use a summon. There are also some unoptimized scenes as we’ve already mentioned.

In conclusion, Final Fantasy XV runs pretty well on the PC… at least for the most part. There are some optimization issues that need to be resolved, so here is hoping that Square Enix will listen to its PC fanbase. However, this is the best FF game on the PC in terms of visuals, performance and control mechanics. Final Fantasy XV looks amazing on the PC platform, and can take advantage of more than four CPU threads. And while may not consider this a generational leap over its console counterpart, it’s undoubtedly a PC showcase. 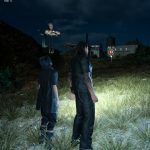 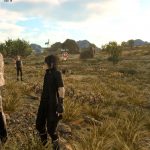 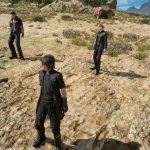 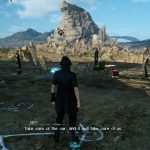 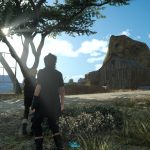 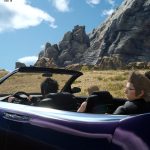 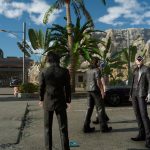 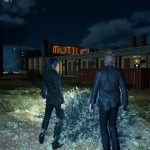