Back in December 2012, we claimed that Far Cry 3 was the most optimized game for the PC platform. As we said back then, we only judged the DX9 version of it as we could not test its DX11 path (due to our previous GPU). Fast forward a couple of months and here we are today with our GTX690 and Far Cry 3: Blood Dragon, the standalone expansion that is powered by the same engine. So, time to see whether Far Cry 3: Blood Dragon is as optimized as its predecessor or not.

As always, we used a Q9650 at 4.2Ghz with an Nvidia GTX690, 4GB RAM, the latest version of the GeForce drivers and Windows 7-64Bit. Nvidia has included an SLI profile for Blood Dragon in its latest beta drivers, so make sure to download and install them if you own an SLI system.

Far Cry 3: Blood Dragon works like a charm. Our overclocked Q9650 was able to maintain a 60fps experience, though the CPU usage was not up to those incredibly high levels that we’ve witnessed in the original Far Cry 3 game. The difference between a dual-core and a tri-core CPU is around 15-20fps. Unfortunately though, there was no difference between a tri-core and a quad-core. This further proves that games are still not optimized for quad-core CPUs, something that will hopefully change when next-generation consoles hit the streets. And in case you’re wondering then no; a dual-core system won’t be able to provide you a constant 60fps experience. 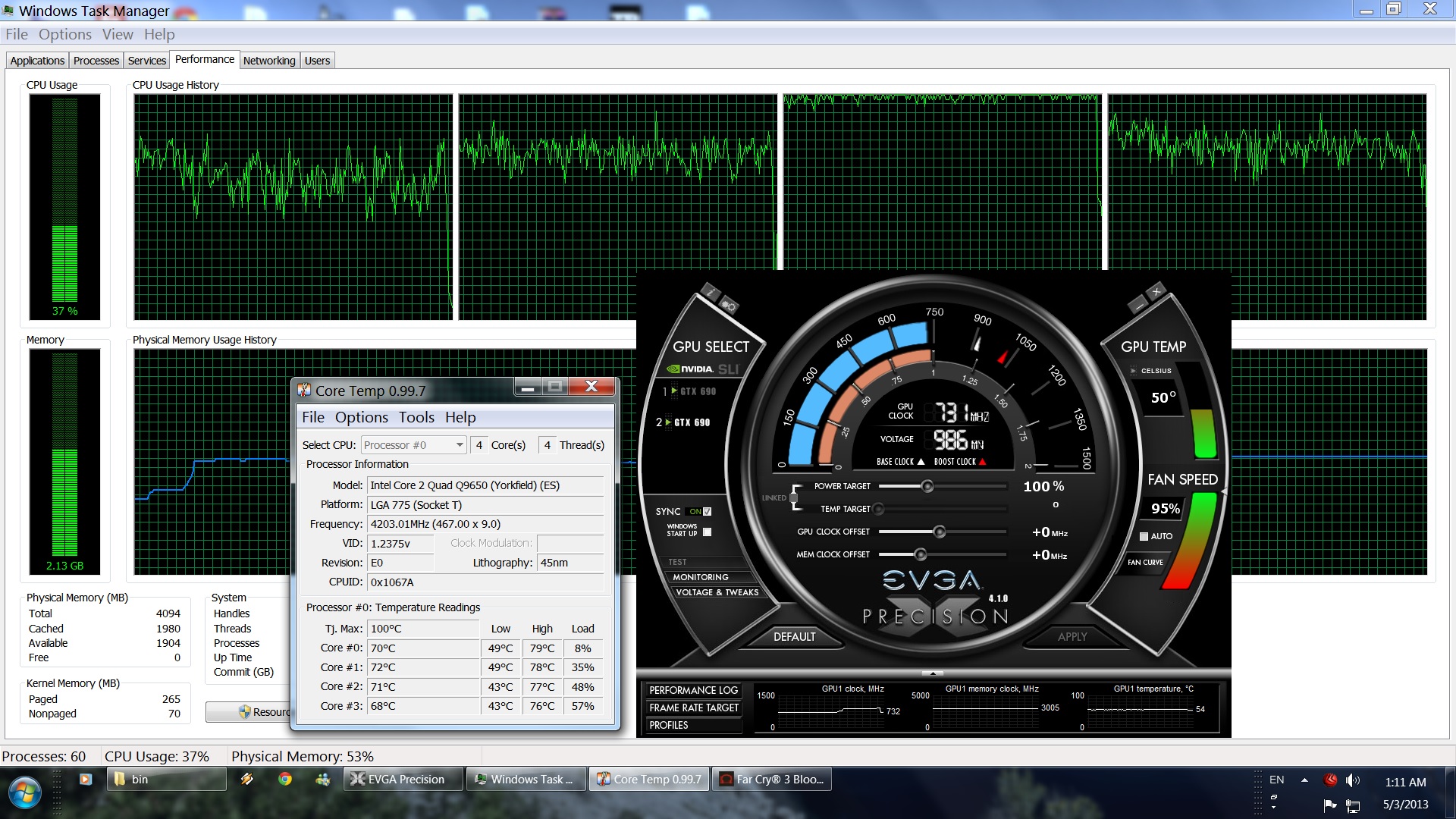 Far Cry 3: Blood Dragon performs ideally under the DX9 path. Similar to the original Far Cry 3 game, Blood Dragon requires a high-end GPU and an ‘above average’ CPU to shine. Our test system was able to run this puppy with constant 60fps, meaning that those with weaker GPUs will have to lower some settings in order to avoid a possible GPU bottleneck. A single GTX680 is powerful enough for max settings at 1920x1080, while a GTX690 is essential for 2560x1440.

Far Cry 3: Blood Dragon’s DX11 seems buggy at the moment, especially when players enable the higher levels of MSAA, or when they try to downsample it. Even though downsampling worked fine under DX9, it caused severe slowdowns under DX11. Not only that, but our GPU usage dropped to mid-50s for no apparent reasons. Similar to downsampling, MSAA brings the same performance issues; any higher than 2xMSAA and our GPU usage was dropping to mid-50s. This is a really bizarre behavior and we are not really sure why it’s happening. Our advice, at this point, is to avoid using more than 2xMSAA (unless of course you want to run Blood Dragon in DX9 mode and downsample it).

The key differences between DX9 and DX11 are the inclusion of alpha to coverage AA, a higher level of ambient occlusion and the MSAA support. By default, DX9 uses HBAO while DX11 uses HDAO. Unfortunately though, players cannot revert back to HBAO under the DX11 path, meaning that there will be a small performance hit as soon as you run the game under DX11. Alpha to coverage AA helps to smooth out the grass jaggies that are not affected by MSAA, though the same ‘visual improvement’ is noticeable when players downsample the game under the DX9 path. Apart from the aforementioned differences, Blood Dragon looks the same in DX9 and DX11 modes (as Ubisoft has not taken advantage of tessellation or any other specific DX11 feature).

Graphics wise, Far Cry 3: Blood Dragon looks good, though not as good as we’d hoped to. The game is packed with an amazing atmosphere, however we feel that there is something missing. Yes, there are lots of explosions, neons and lightnings that will remind you some old sci-fi movies. However, the lighting model itself seems too simplistic, and we feel that is not suited for such a title. As we can clearly see, there are hardly any reflections or refractions (there isn’t even a pseudo GI workaround to somehow improve things). This wouldn’t be a problem if there were multiple light sources throughout the open-world environments or if there were some pre-baked reflections. However, Far Cry 3: Blood Dragon lacks those features. Furthermore, and since the game features some really bizarre environments, it is really hard to appreciate its textures. Well, at least that’s a clever way to cover up some low-res ones that were used here and there.

All in all, Far Cry 3: Blood Dragon performs great. As its predecessor did, Blood Dragon offers a nice variety of graphics options to tweak. The game has a unique look, though we were hoping for something more. Blood Dragon takes advantage of tri-core and SLI systems, and requires a high-end GPU in order to be enjoyed at its max settings. Blood Dragon’s biggest issue is its DX11 bugs; bugs that can be immediately noticed when players enable the higher levels of MSAA. Therefore, we strongly suggest avoiding using anything higher than 2xMSAA. Apart from that, though, Far Cry 3: Blood Dragon performs superbly on the PC platform. 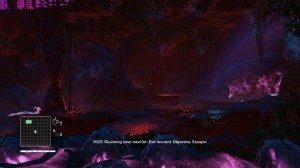 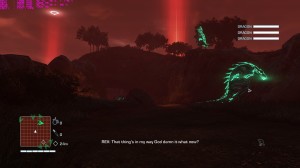 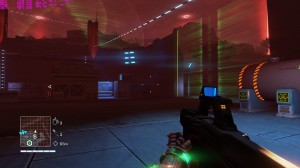 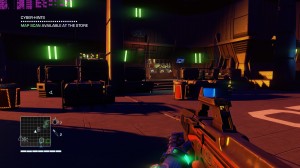 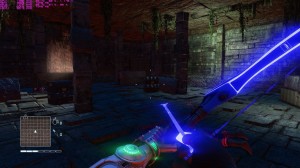 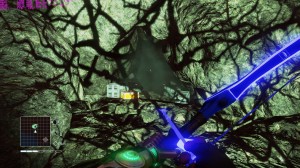 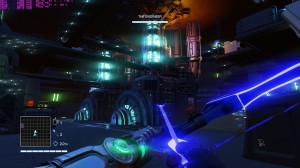 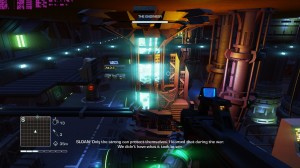 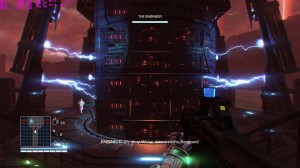 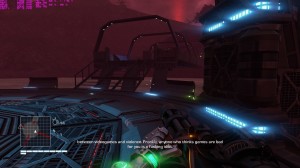 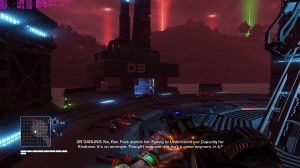 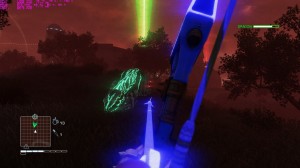