Devil’s Hunt is a new third-person action game that releases later today on the PC. The game uses Unreal Engine 4 and since 1C Entertianment has provided us with a review code, it’s time to benchmark it and see how it performs on the PC platform. 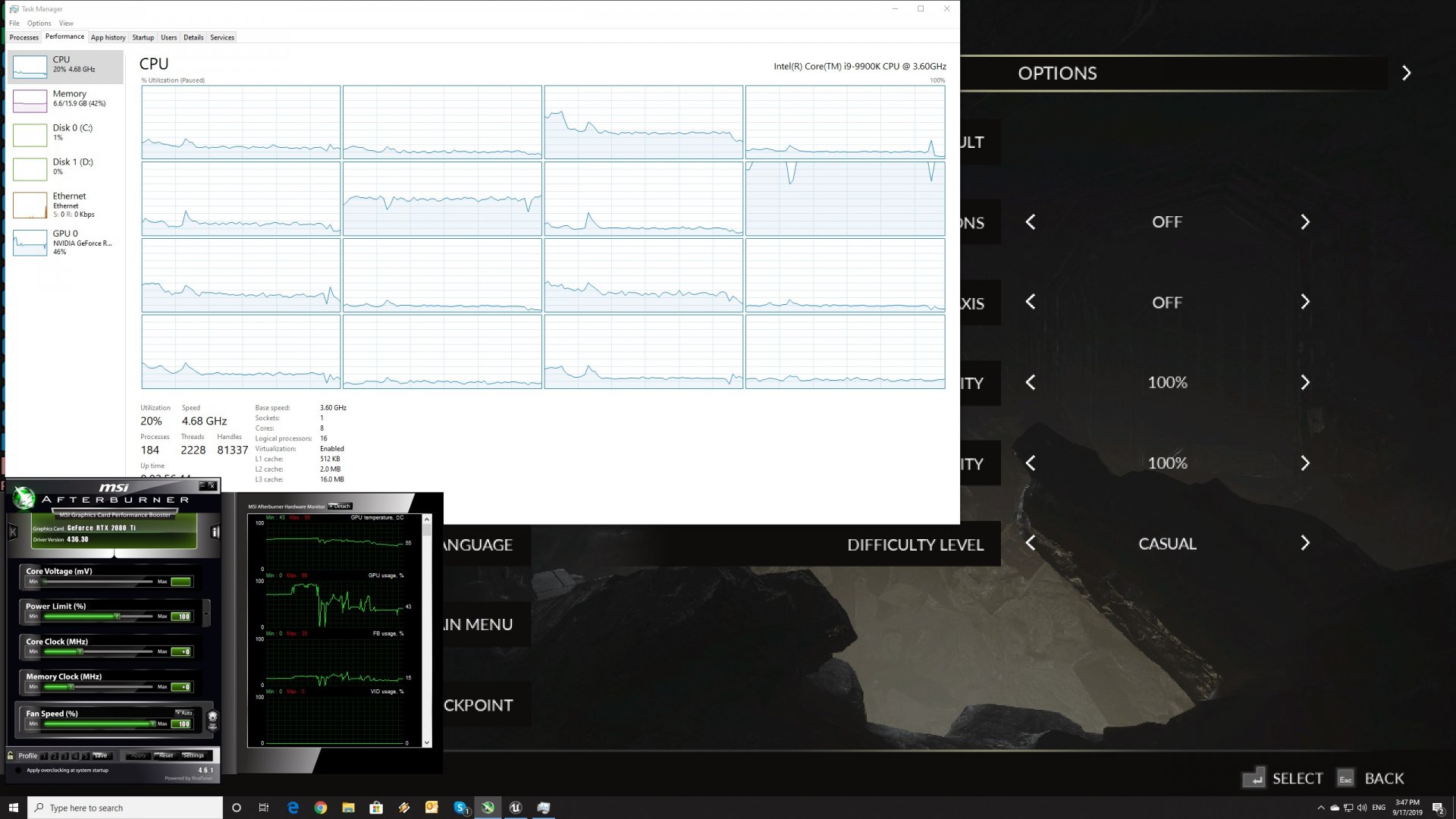 Layopi Games has added a respectable amount of graphics settings to tweak. PC gamers can adjust the quality of Anti-Aliasing, View Distance and Post-Processing. There are also options for Textures, Shadows, Effects and Foliage. The game also comes with a resolution scaler. Unfortunately, though, there isn’t any FOV slider.

In order to find out how the game scales on multiple CPU threads, we simulated a dual-core, a quad-core and a hexa-core CPU. Since the game does not feature any built-in benchmark, we used the first areas for our CPU tests (which had various enemies and environmental destruction). We also lowered our resolution to 1280×720 so we could avoid any possible GPU limitation.

Despite using Unreal Engine 4, Devil’s Hunt is mainly single-threaded. Not only that, but the game suffers from some really unoptimized scenes as you can see below. Furthermore, there are noticeable stuttering issues when loading new areas or when spawning new enemies. As such, the game does not feel really smooth even on a high-end machine. 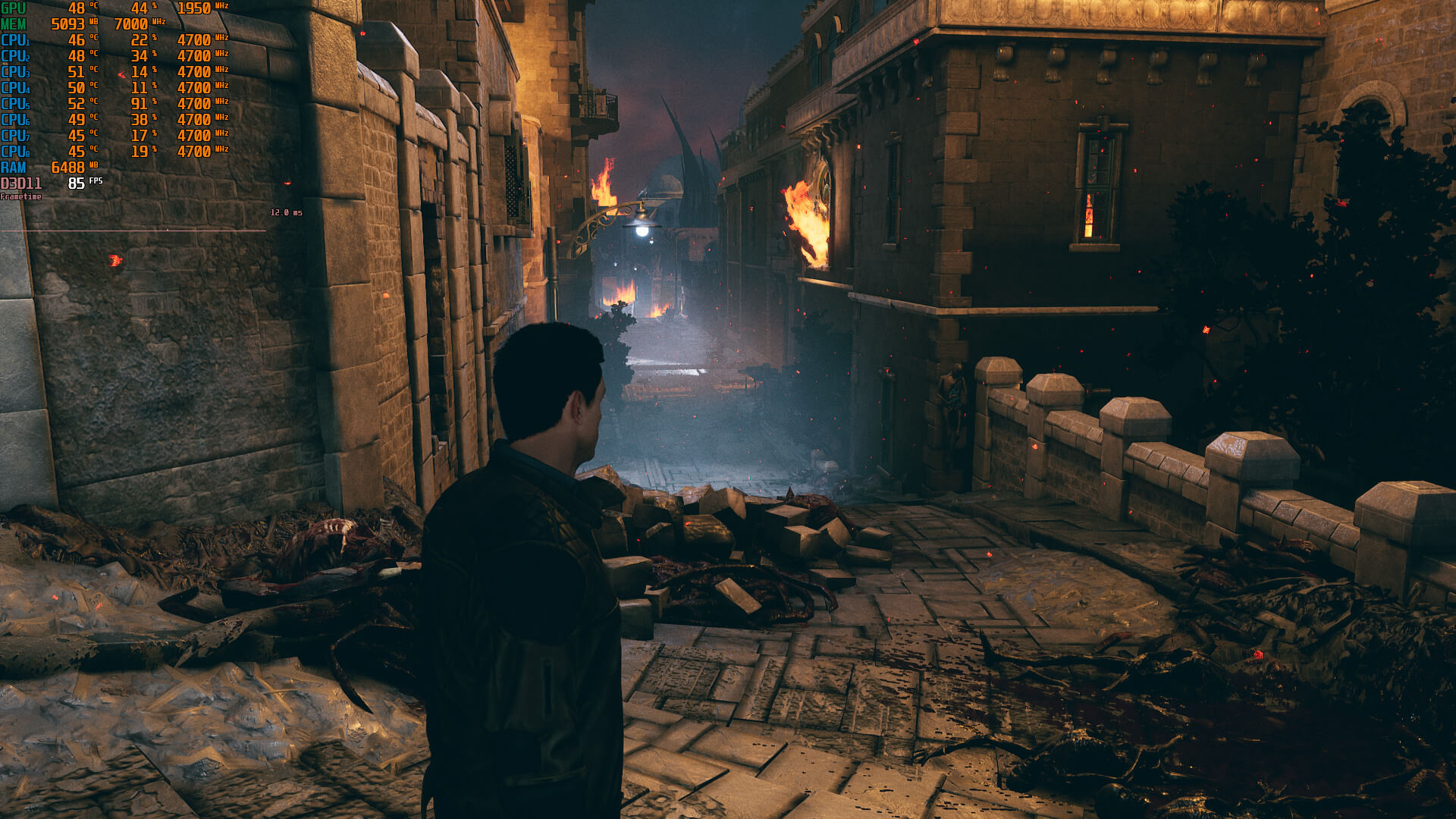 Our simulated dual-core system was able to push a minimum of 55fps and an average of 118fps. Now while normally these are great numbers, we had major stutters on that particular system. When we enabled Hyper Threading, we saw a minor performance increase and a noticeable reduction of stutters. Moreover, Devil’s Hunt is a game that does not benefit from Hyper Threading on systems with more than four CPU cores. In fact, we noticed a worse overall performance on these machines when we enabled HT. Our guess is that this mainly due to the game’s single-threaded nature. 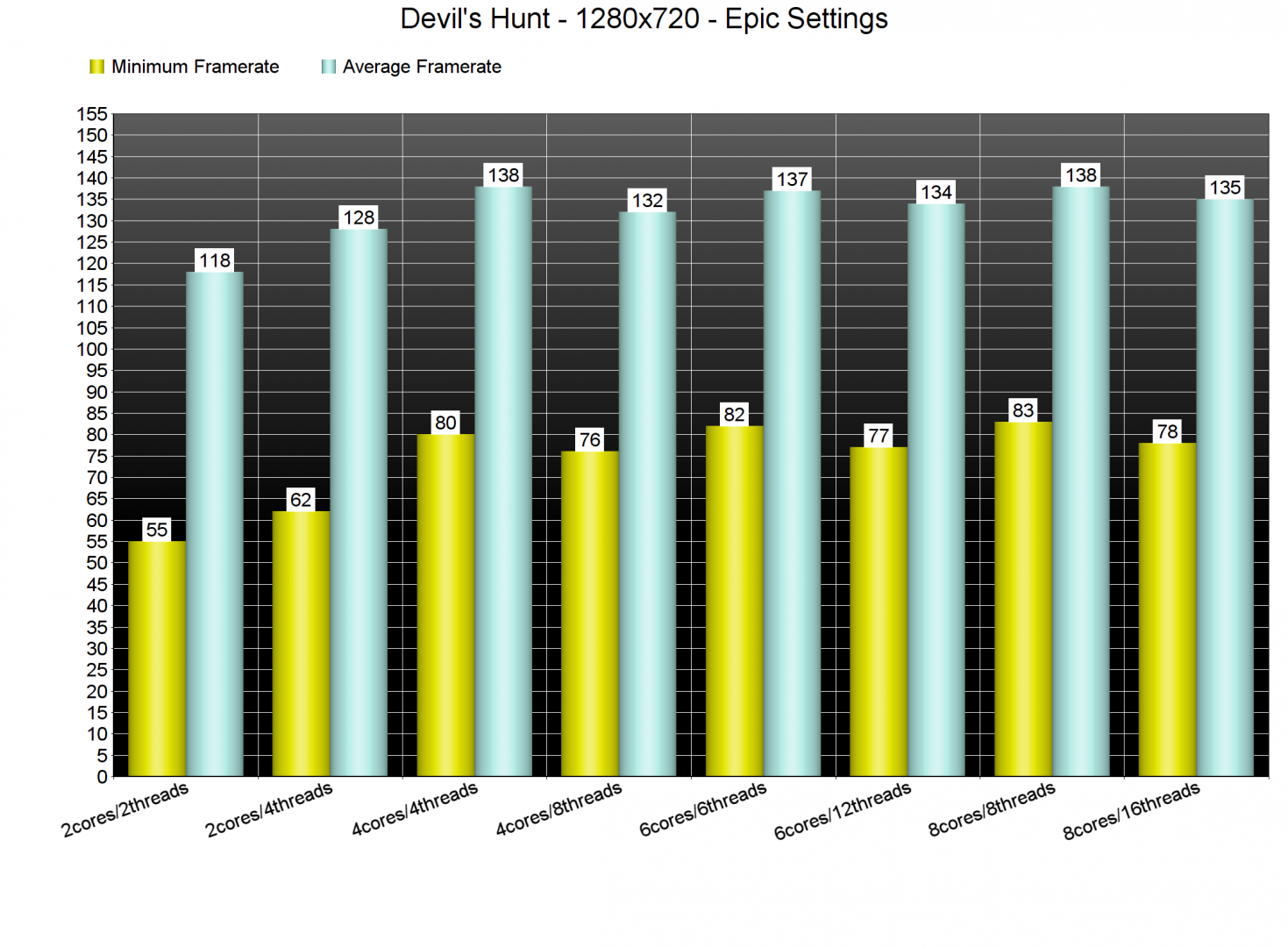 Unfortunately, Devil’s Hunt has major issues on older PC systems. Our Intel i7 4930K was unable to offer a smooth gaming experience at 1280×720 on Epic settings. The game suffered from major stuttering issues on that CPU. Not only that, but there were scenes in which our framerate dropped below 55fps. Yes, Layopi Games is a small studio but the game is in dire need of some optimization improvements. 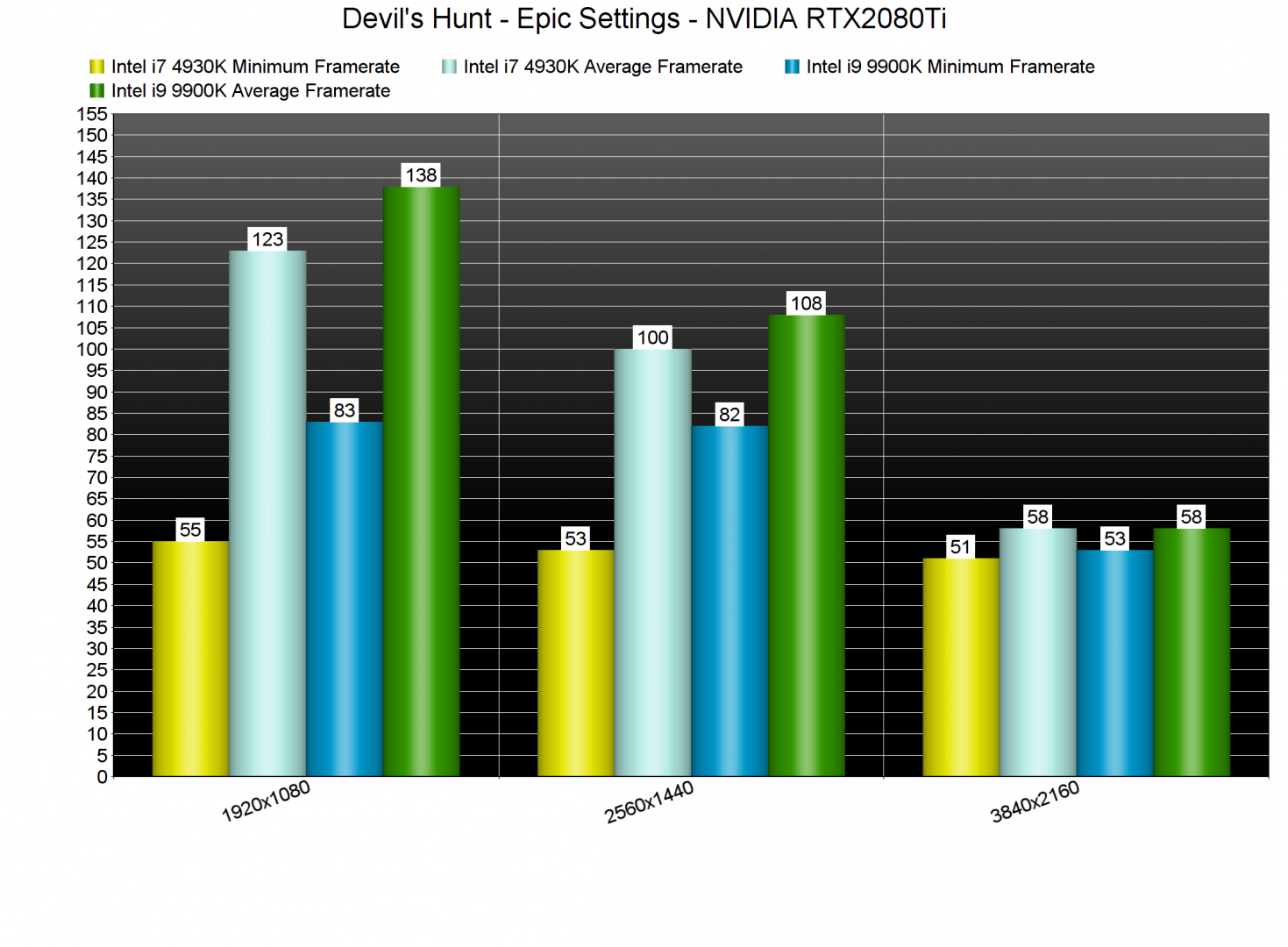 Thankfully, Devil’s Hunt can run smoothly on a variety of graphics cards. While our AMD Radeon RX580 was unable to offer a 60fps experience at 1080p/Epic, our NVIDIA GTX980Ti, AMD Radeon RX Vega 64 and NVIDIA RTX2080Ti had no trouble running the game. By lowering the graphics settings to Medium/High, RX580 owners can also get a smooth gaming experience. 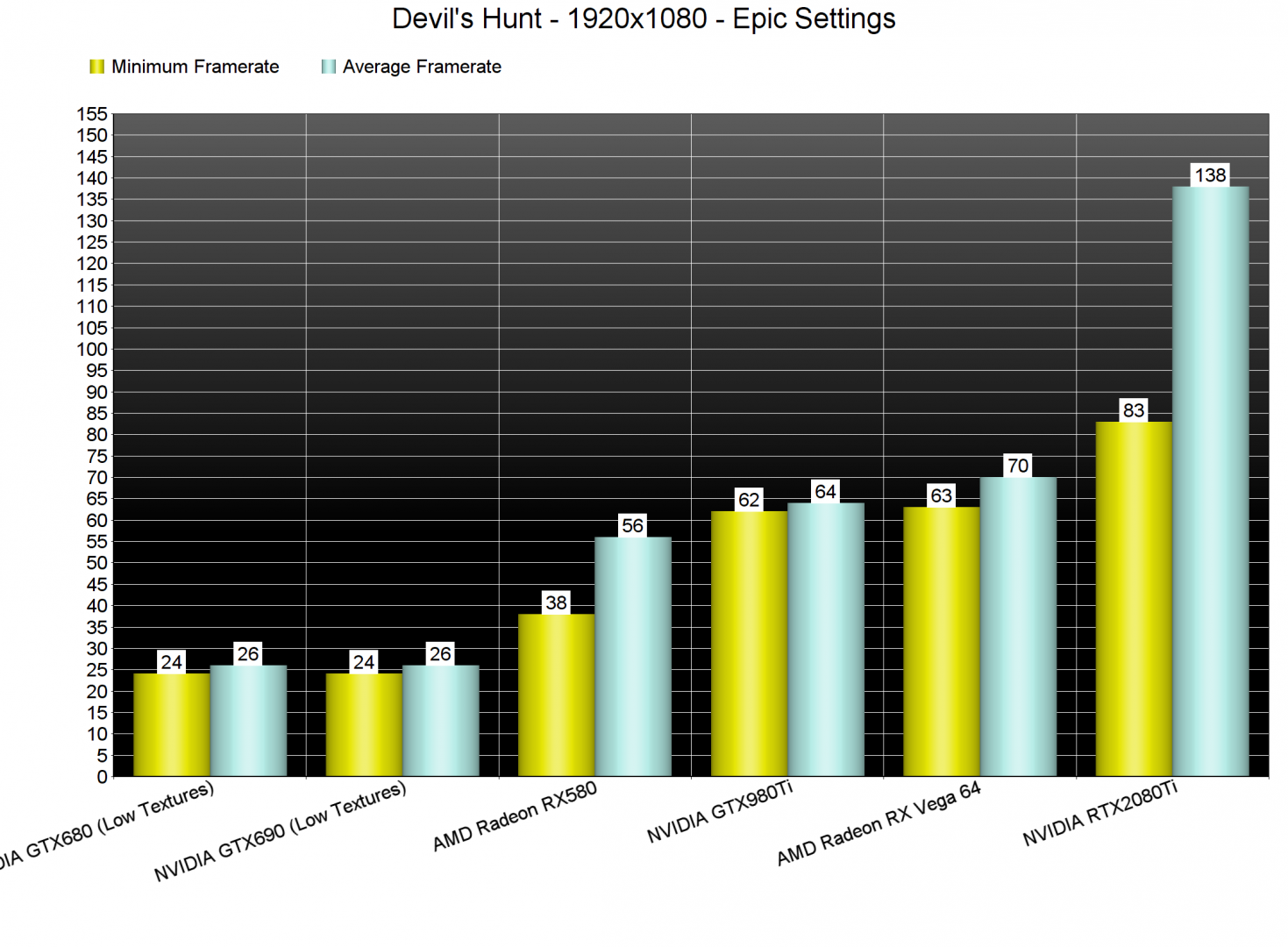 At 2560×1440, the only GPU that was able to run the game smoothly was the NVIDIA RTX2080Ti. As for 4K, NVIDIA’s most powerful graphics card came close to a 60fps experience. Unfortunately, and after the first areas, the RTX2080Ti was averaging between 53-58fps. 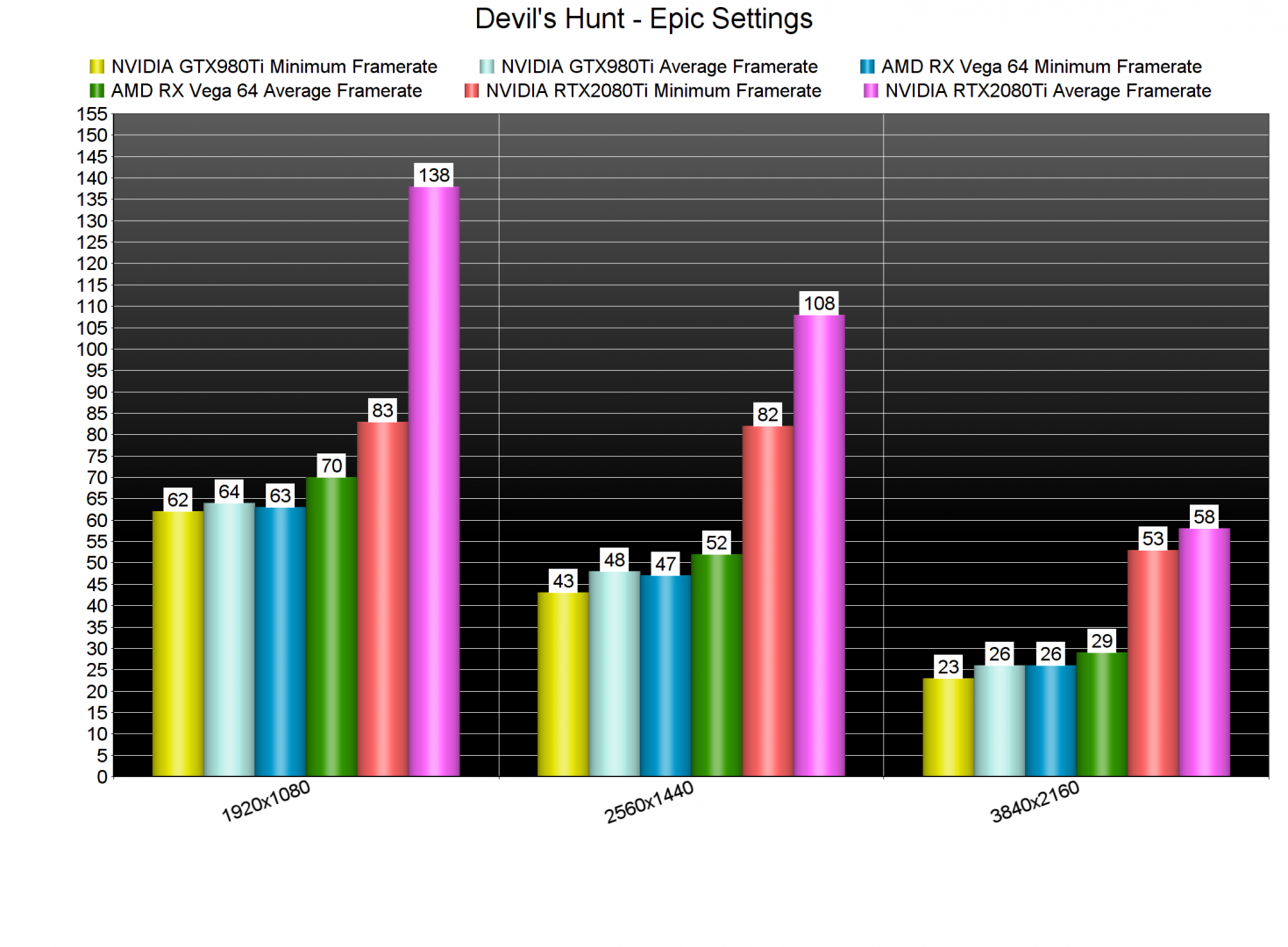 Graphics wise, Devil’s Hunt looks cool, considering its smaller budget nature. Do note though that this isn’t a game that can compete with the likes of Gears 5 or other triple-A games. As such, you should not expect the polish of these games. You should also not expect amazing lip-syncing, incredible animations, mind-blowing character models and so on. Still, the game features some great lighting and particles effects. However, most players won’t be able to appreciate the visuals due to the awful Field of View. Seriously, sometimes – inside some interiors – I couldn’t even tell what I was looking at due to the low FOV.

All in all, Devil’s Hunt currently suffers from some optimization issues. Due to its single-threaded nature, the game can under perform even on high-end CPUs. Moreover, it does not take advantage of more than three/four CPU cores/threads. The game also suffers from some annoying stuttering issues, and its Epic settings do not justify its GPU requirements. And while we can all acknowledge – and understand – its smaller budget nature, we can all agree that this game should be running better.