Darksiders Genesis is the latest part in the Darksiders series that has just come out on the PC. Contrary to its predecessors, this new Darksiders game uses an isometric viewpoint. As such, it’s time now to benchmark this title and see how it performs on the PC platform. 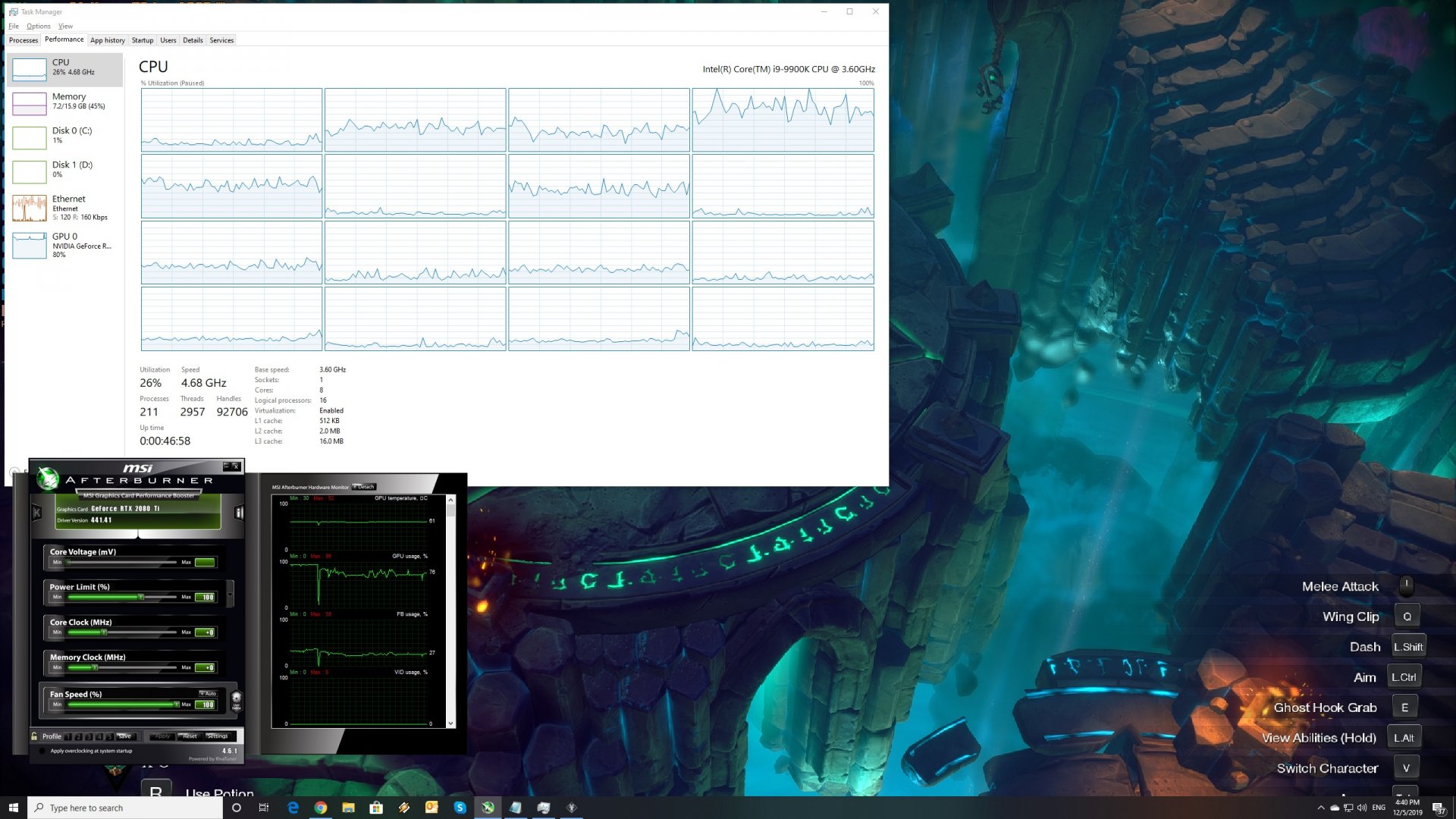 Airship Syndicate has added very few graphics settings to tweak. PC gamers can adjust the quality of Anti-aliasing, Texture Filtering, Post-Processing, Shadows and FX. Naturally, they can also select their resolution, and enable or disable VSync. 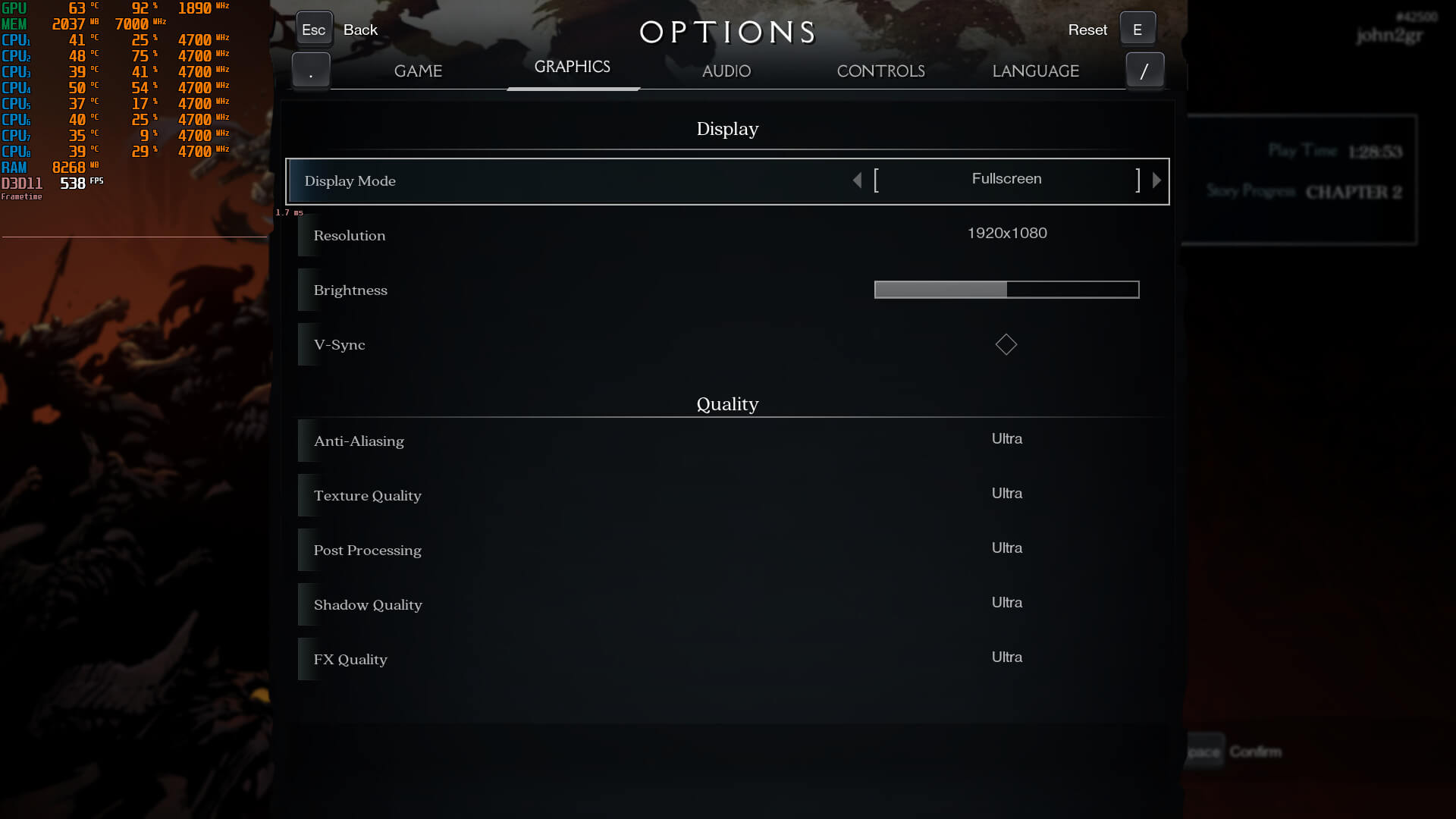 Darksiders Genesis does not come with any built-in benchmark tool. Therefore, we’ve used the first two levels for both our CPU and GPU benchmarks.

Now the good news here is that this new Darksiders game does not require a high-end CPU. In order to find out how the game scales on multiple CPU threads, we simulated a dual-core, a quad-core and a hexa-core CPU. Without Hyper Threading, our simulated dual-core system was able to run the game with more than 100fps at 1080p/Ultra. However, we did experience some annoying stutters so this is something you should keep in mind when using such a CPU. By enabling Hyper Threading, we were able to eliminate all the stuttering issues. Moreover, we saw a noticeable performance boost. 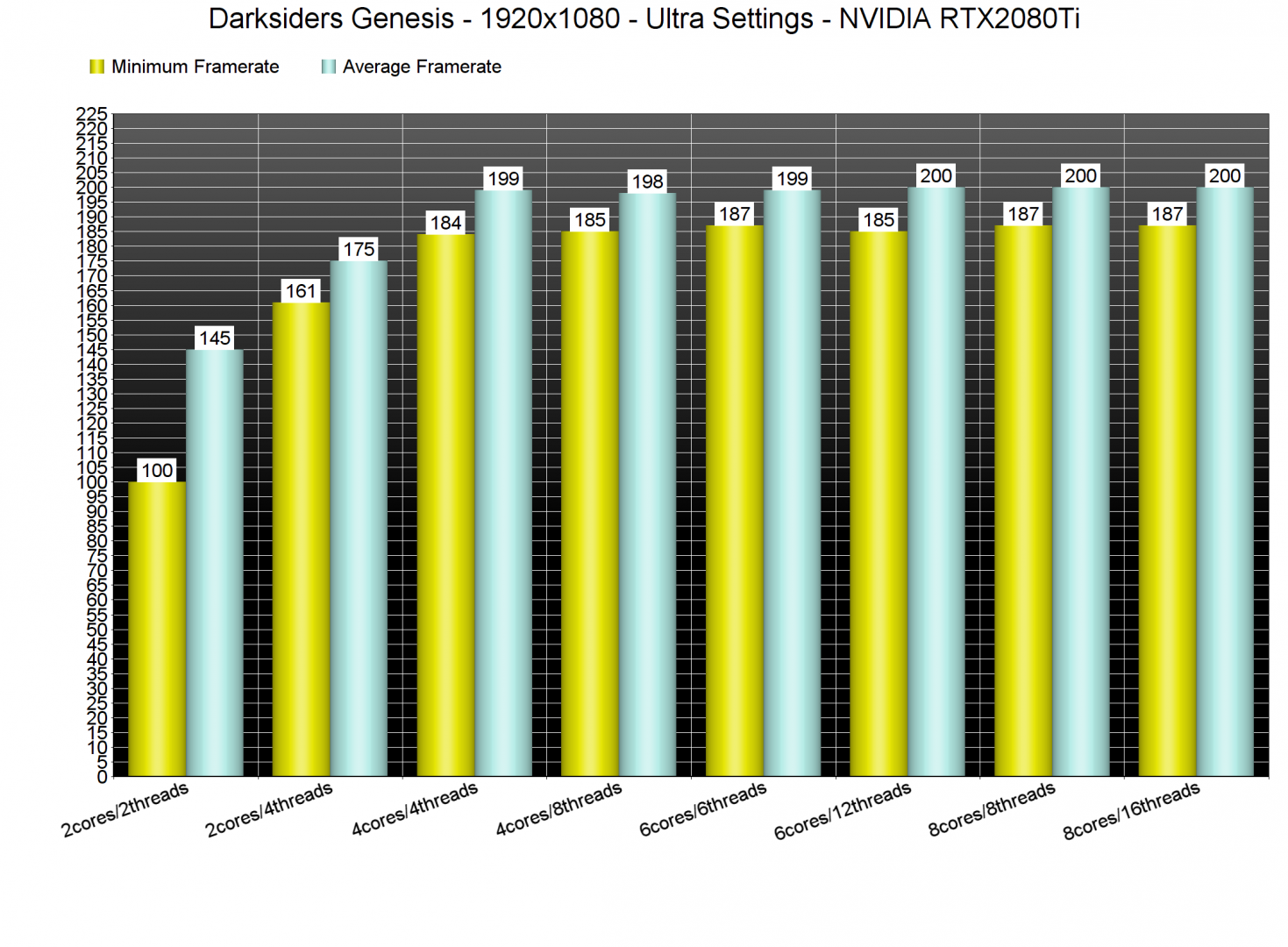 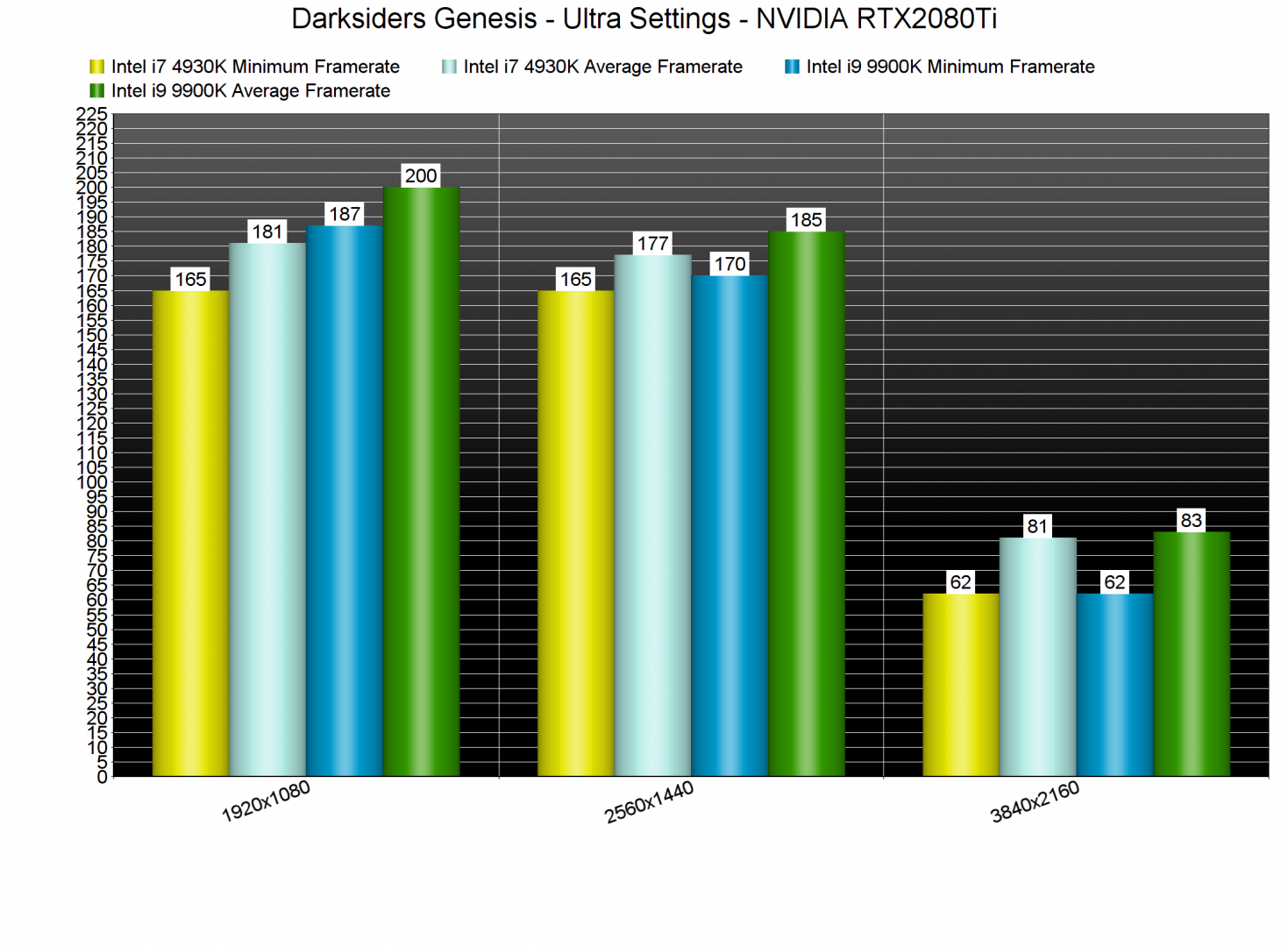 Darksiders Genesis does not also require a high-end GPU. As we can see, most of our graphics cards were able to provide a smooth gaming experience at 1080p/Ultra. Hell, even our GTX680 was able to push an average of 60fps. 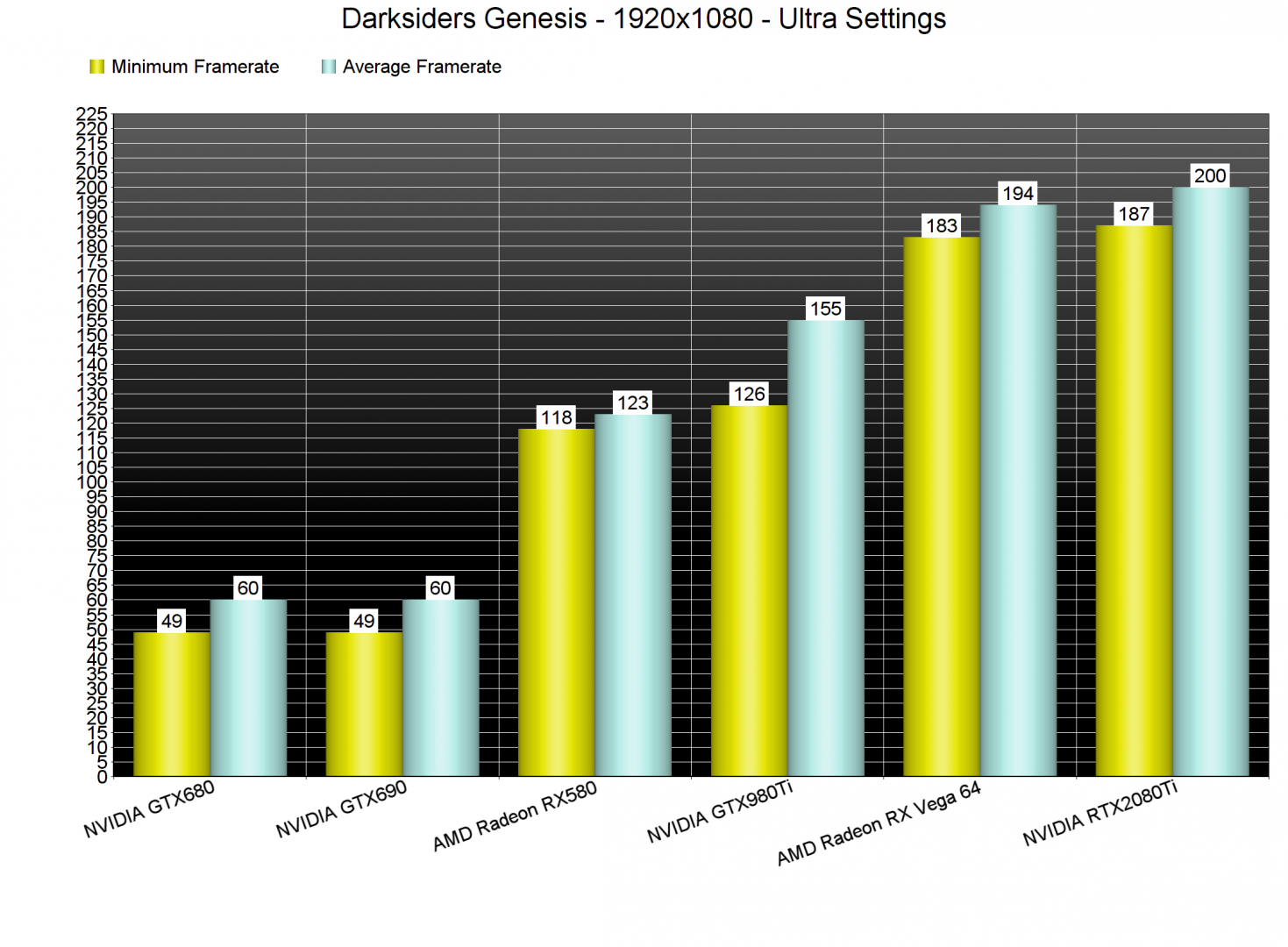 At 1440p, our three most powerful graphics cards had no trouble at all running the game. However, the game requires a lot of raw power so it can run in native 4K. The only GPU that was able to offer a constant 60fps experience in 4K/Ultra was the RTX2080Ti. 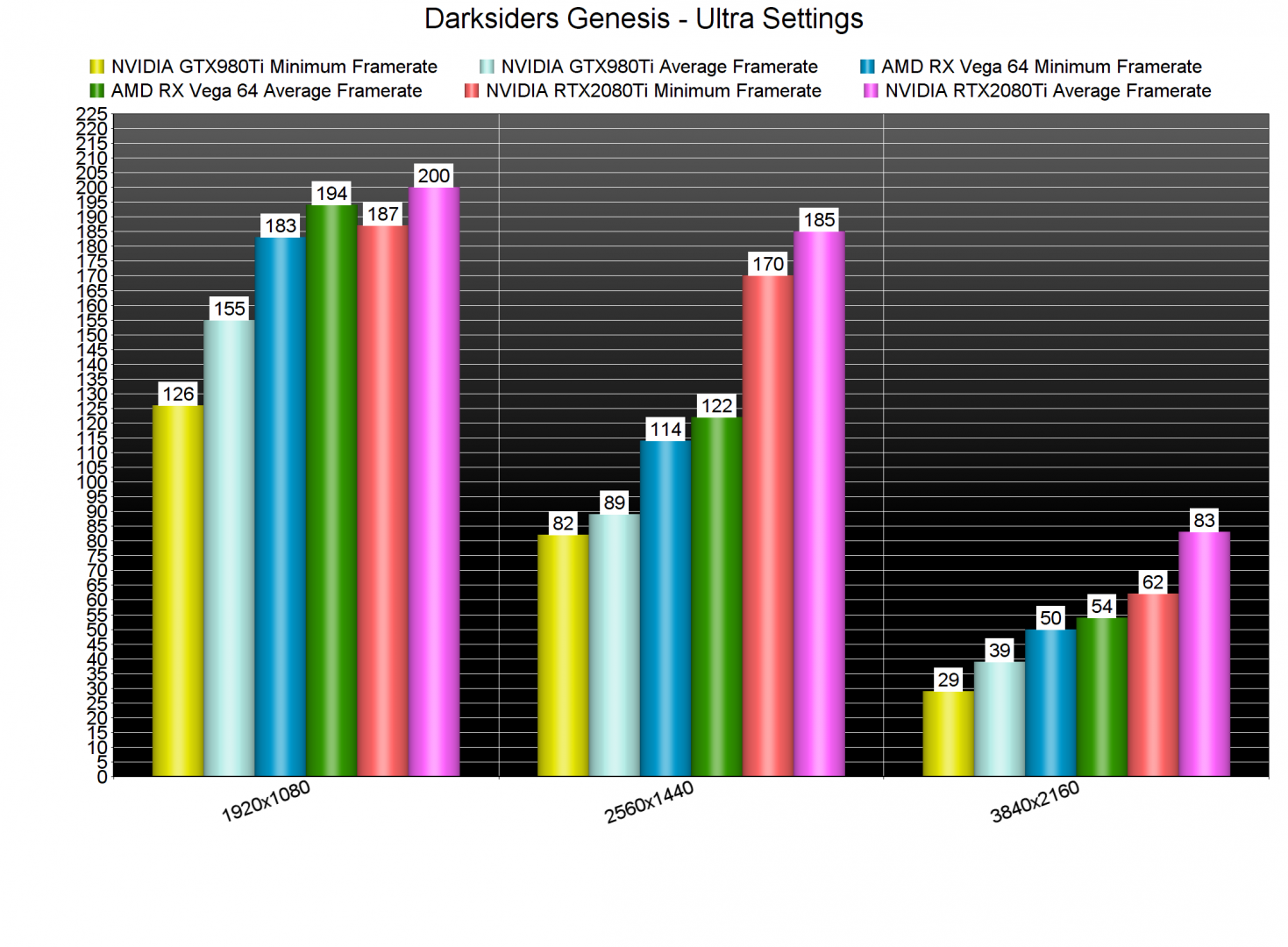 Graphics wise, Darksiders Genesis looks cool, mainly due to its amazing art style. Players can break some objects, however the environmental destruction/interactivity will not really amaze you. This isn’t Lost Ark or Diablo 4. Still, for an isometric game, Darksiders Genesis looks great. Airship Syndicate has used vibrant colors and the environments are nicely designed. There are also some cool particles effects here and there.

All in all, Darksiders Genesis runs extremely well on the PC platform. However, it’s worth noting that the game does not push the boundaries of what isometric 3D games can achieve on our platform. Still, and mainly due to its art style, the game looks great. It also plays great with the mouse and keyboard, something that will please a lot of PC gamers.