Crysis Remastered Trilogy releases on October 15th and during its latest livestream, Crytek detailed all the tech and graphical improvements that are coming with Crysis 2 Remastered.

According to the team, Crysis 2 Remastered will feature improved post-processing, SSD, SVOGI, SSDO and SSGI. Moreover, the game will have better POM, as well as improved shadow technology. For instance, there will be shadows on grass, particles and water.

Crytek also claimed that there are around 150 unique CPU and GPU performance improvements. And, as we’ve already said, the PC version will support Ray Tracing and DLSS. Not only that, but the game will have better materials and textures, as well as vehicles, characters, weapons and various assets.

It will be interesting to see how Crysis 2 Remastered will stack up against Crysis 2 modded. After all, Crysis 2 with DX11 and Maldo’s Texture Pack looks amazing, even for today’s standards. 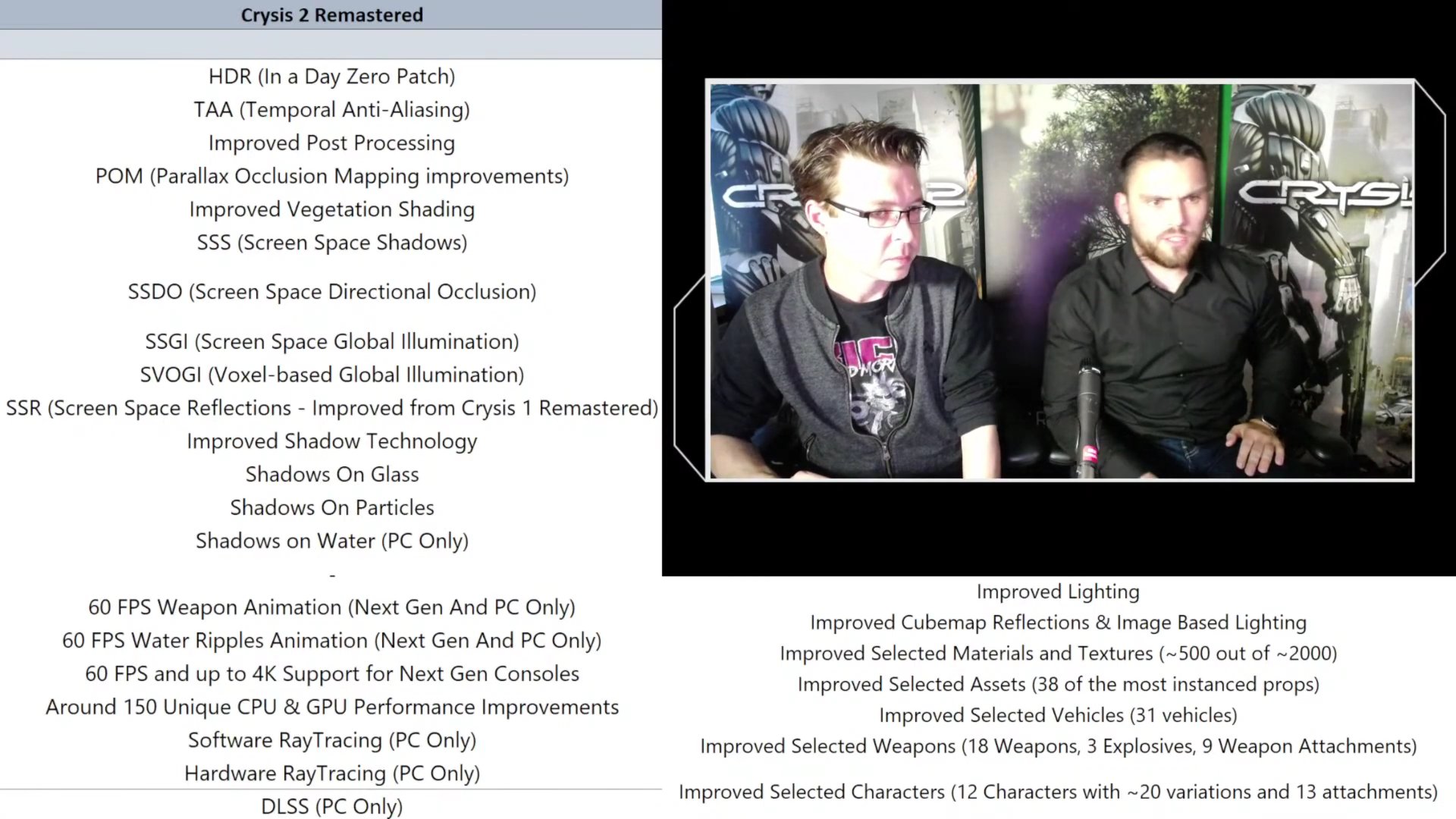