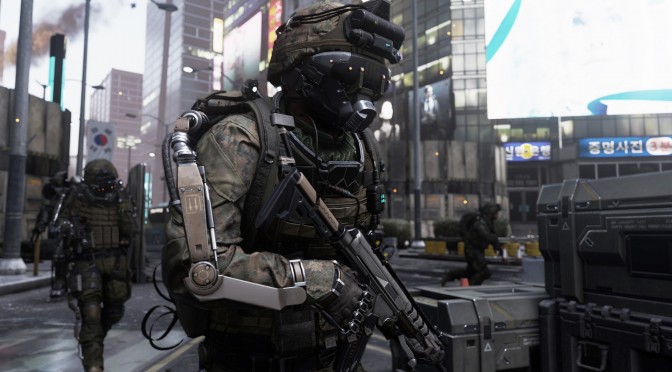 A couple of months ago, we reached out Activision for a Tech Interview about the PC version of Call of Duty: Advanced Warfare. While Activision was at first really open about such a thing, that interview never came to fruition. Not only that, but the big publisher did not provide us with a review code for this new Call of Duty title, something that saddens us because Advanced Warfare performs incredibly well on the PC. In fact, it performs so well that it really puzzles us why Activision refused to let us interview the development team. We know, we know; we can be harsh at times. But when a game performs and looks great, we have no trouble admitting it. So boohoo Activision for not believing in the PC version of Call of Duty: Advanced Warfare.

As always, we used an Intel i7 4930K with 8GB RAM, NVIDIA’s GTX690, Windows 8.1 64-bit and the latest version of the GeForce drivers. Unfortunately, NVIDIA has not included any SLI profile for this game. Not only that, but we were unable to force SLI by using other game profiles, meaning that we’ll have to wait until the green team releases an official profile for Sledgehammer’s title.

Call of Duty: Advanced Warfare’s PC specs troubled – once again – a lot of gamers. While the game came with somewhat low CPU requirements, it listed 6GB of RAM as its minimum RAM requirement. Contrary to COD: Ghosts’ story, however, Advanced Warfare really needs more than 4GB of RAM. As we can see below, the actual game used more than 3.6GB of RAM. This suggests that even if PC gamers find a way to run this title with 4GB of RAM, they will face major stuttering issues.

Quite frankly, the minimum PC requirements are spot on. A dual-core CPU is enough for this latest COD game. Do note that the game will not run on older dual-core systems as Sledgehammer has disabled the game for older dual-core CPUs. Still, there is a workaround that will let you run the game on such systems. All you have to do is download a modified executable file provided by Tech4Gamers that overcomes the original dual-core CPU limitation.

Call of Duty: Advanced Warfare scaled incredibly well on our hexa-core. In order to find out whether this title can be played with constant 60fps on a variety of PC systems, we simulated a dual-core, a tri-core and a quad-core system. All of the aforementioned systems were able to push constant 60fps. However, we do have to note that on our simulated dual-core system there was noticeable stuttering issues that went away as soon as we enabled Hyper Threading. Owners of really old dual-core CPUs may be able to overcome those stuttering issues by overclocking their CPUs. 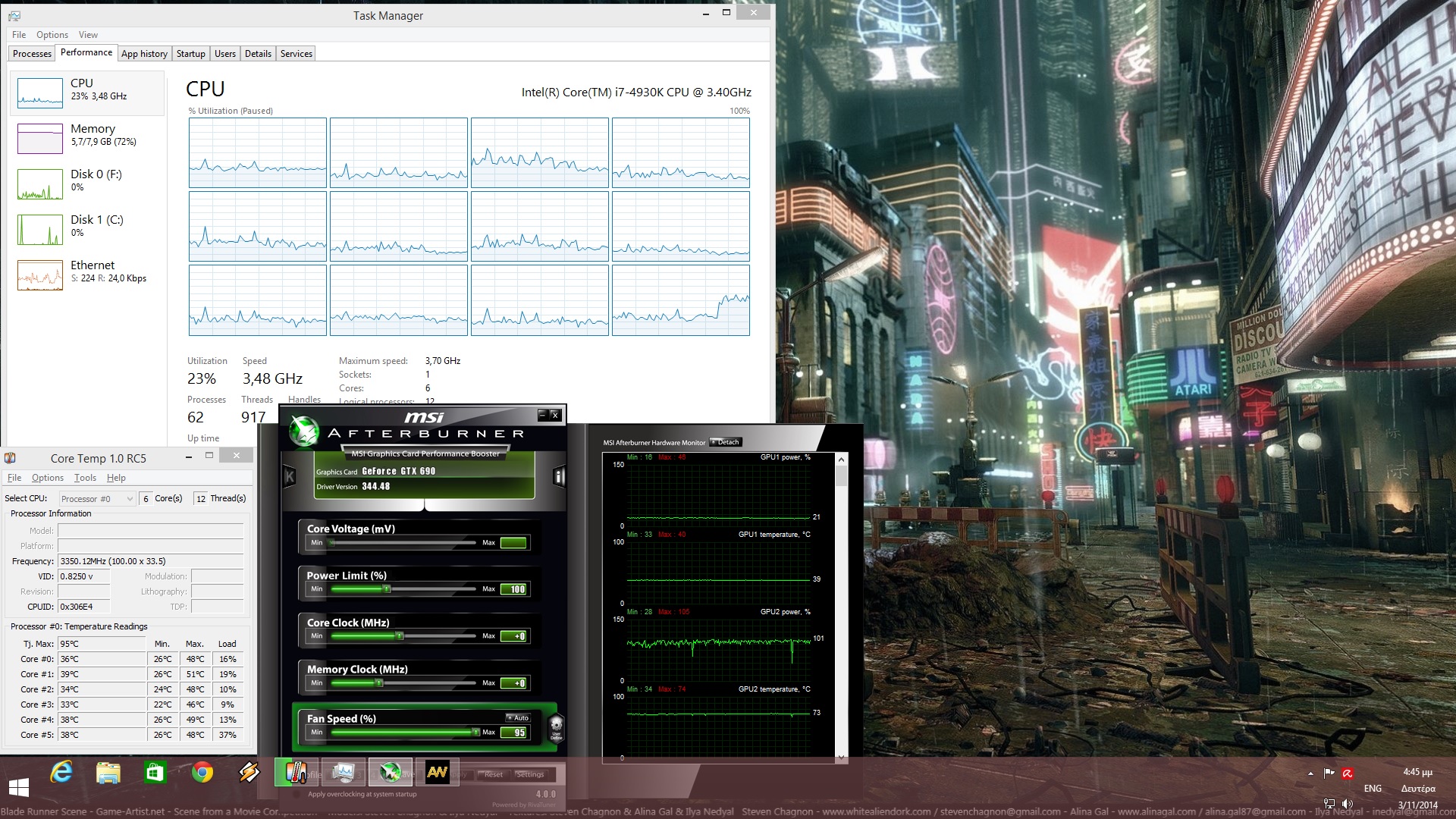 From the above, it becomes pretty clear how GPU-bound this new Call of Duty game actually is. Thankfully, Sledgehammer Games has provided PC gamers with a nice amount of graphics options to tweak. We’ve already shared images from the game’s PC graphics options, so there is really nothing to add here apart from the fact that PC gamers should avoid enabling “Cache Sun Shadow Maps” and “Cache Spot Shadow Maps”. Enabling them will fill up your VRAM and most of the game’s textures won’t be loaded, resulting in atrocious visuals.

Call of Duty: Advanced Warfighter ran with constant 60fps on our NVIDIA GTX690 (which performed similarly to a GTX680 as there wasn’t any SLI profile for the game) with max settings (2xSMAA) in 1080p. There were some minor drops to mid 50s during some in-engine cutscenes, however the majority of the game was running with more than 60fps. Those with weaked GPUs will be able to hit a constant 60fps experience thanks to the game’s extensive graphics options. If you experience low framerates, we strongly suggest lowering or disabling Shadows, Screen Space Ambient Occlusion, Medium Distance Ambient Occlusion, Subsurface Scattering and Dynamic Light Limit. 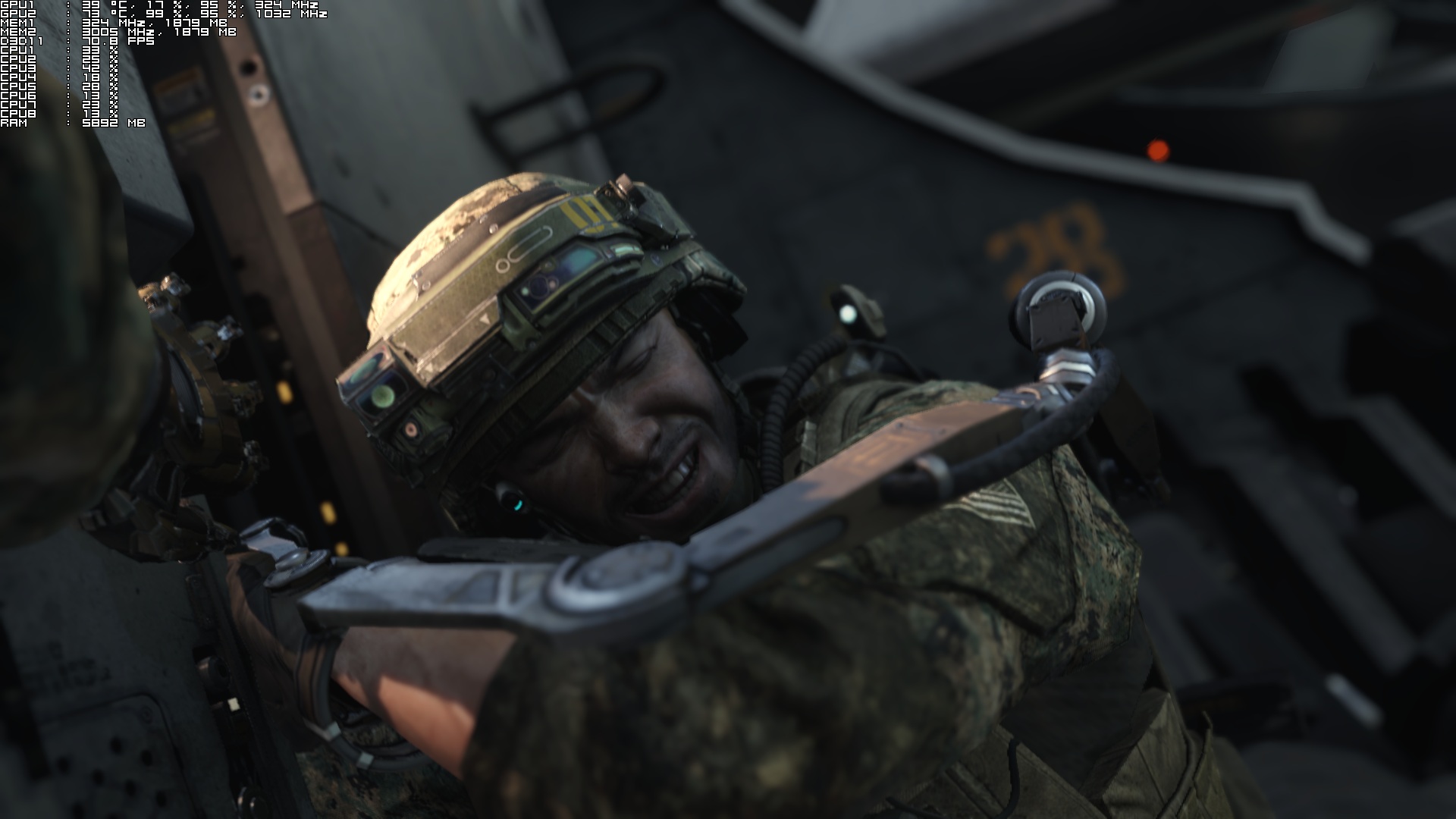 Graphics wise, Ghost Recon: Advanced Warfare feels like a mixed bag. The main characters are among the best we’ve ever seen. No seriously, they truly are. However, all the secondary characters are a big let down, especially after admiring the mind-blowing details of the main characters (FYI, main characters can be considered those that also appear on cutscenes). Obviously Sledgehammer Games wanted to save some resources as it could not have a big amount of incredibly detailed characters on screen. Still, it’s a bummer.

The same can be said about the game’s textures and TODs. While some textures look incredible, others look awful and really low-res. For example, the night sub-mission in the second mission looks just bad. All rocks come with low-res textures, lighting feels flat most of the time, there aren’t any grass blades on the golf field; it just looks bad (despite the fact that this mission is a… well… you’ll know when you play it). Not only that, but the particular house interior feels worse than the ones that some ‘random’ users have been creating on CRYENGINE. For example, take a look at some great textures (left) versus some awful textures (right).

Despite those issues – and one of the most aggressive LOD systems we’ve ever seen, resulting in horrendous pop-ins – Call of Duty: Advanced Warfare looks most of the times amazing. There are occasions when everything is top notch; from the sweet reflections to the bounding sparks. Call of Duty: Advanced Warfare’s visuals are inconsistent but you are definitely for a treat when everything works out. Oh, and that first mission that was showcased during this year’s E3 was not downgraded and looks just as good (if not better given the fact that the PC version looks better than the current-gen console version).

All in all, we were pleasantly surprised by Call of Duty: Advanced Warfare. The game performs incredibly well on the PC, does not require a top of the line CPU, will push a single GTX680 to its limits, and at times it does look like a next-gen game. Still, there are some shortcomings and there are times when everything simply falls apart (and that awful LOD is really one of them). There is no denying that it looks great, however it’s not a Crysis 3 killer. And that says a lot.

Enjoy! We couldn’t help but do it. After all, we loved GRAW 2 MP. Cookies if you found out the two references to Ghost Recon: Advanced Warfighter 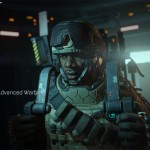 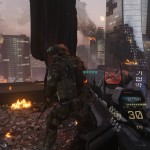 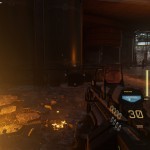 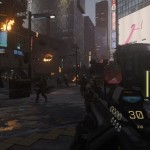 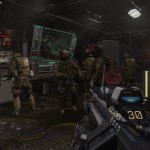 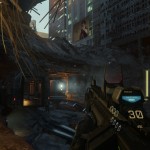 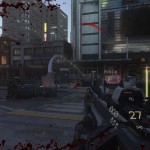 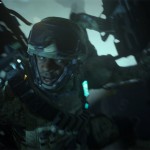 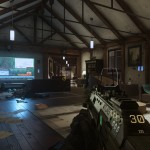 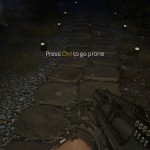 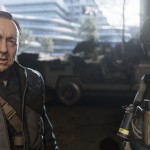 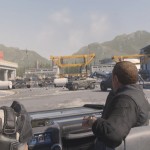 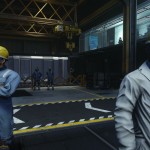 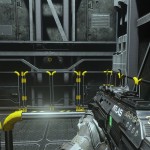