Binary Domain was well received on consoles, and we were delighted to hear that this squad-based shooter would be coming to our beloved platform. And to be honest, we were expecting more than a shoddy port. Sure, we didn’t expect to see higher-resolution textures or extra PC features but this is a really bad and poor port. Okay, we’ve seen worse ports than this but let’s face; this is a port that screams ‘consolitus’ and we know that some of you hate this word, but that’s the truth.

As always, we tested Binary Domain with an overclocked Q9650 at 4.2Ghz, 4GB RAM, a GTX 295, the latest version of the ForceWare drivers and Windows 7 64-bit. Unsurprisingly, there is no SLI profile for it yet. We tried to enable it by forcing AFR2, however we were unsuccessful. Moreover, the game has not been rated by the 3D Vision team and there are various compatibility issues (mainly with the lights and shadows).

Binary Domain is not a demanding title and although the game scales well with quad-cores, it will run fine even if you own a dual-core CPU. The game was running with constant 60fps at 1080p and max details (without AA though) and motion blur enabled. Given the fact that there isn’t any SLI profile, our GPU was running as a GTX275. This basically means that a single GTX275 can handle this game, which is natural given its limited levels, low-res textures and general average quality graphics. We simulated a dual-core CPU and found out that the performance was overall the same. There is a 4-5fps difference but there is nothing here to justify moving from a high clocked dual-core to a common quad-core CPU. 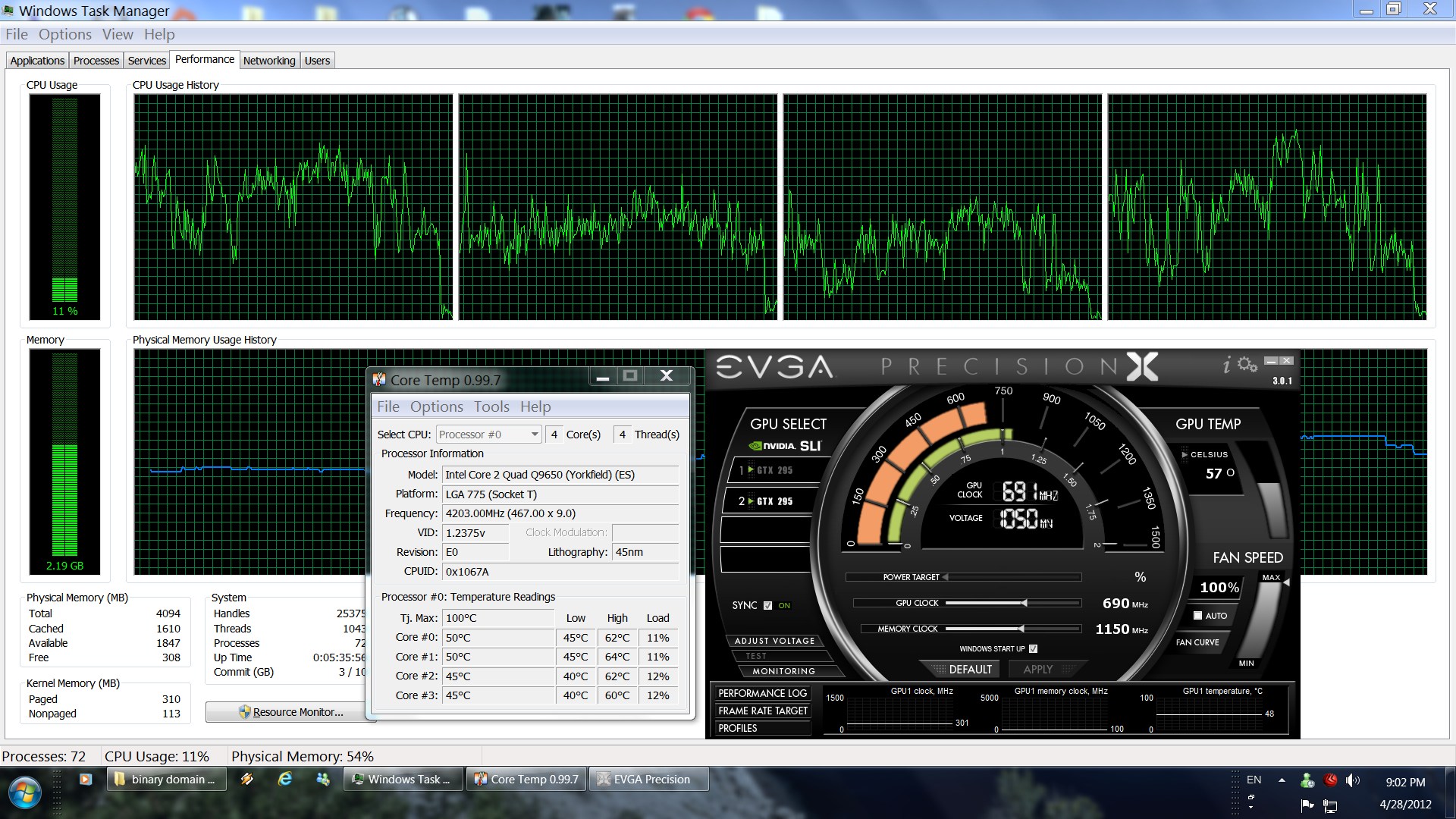 Graphics wise, there is nothing worth writing about. Most of the game’s textures are of low-resolution and most levels are quite limited and small. Environments feel sometimes empty and there are specific places and objects that can only be destroyed. The color palette is limited to specific colors and although the game supports SSAO, there are a lot of occasions where the levels seem flat. Animations are average at best, shadows are casted from light sources that are nowhere to be found and the voice acting could be better. The only thing that is worth mentioning (and is a big plus) is the enemies. Your enemies are robots and you can destroy various parts of them as you’re trying to take them down. This means that you can destroy their feet in order to make them crawl on the floor. Or you can destroy their arms, thus making them unable to hold a gun. These are some nice details that make the firefights interesting and fun and this is – in our opinion – one of the best features of Binary Domain.

As we said, this is a shoddy port and nothing more. This means that there is no mouse support on the main menu and there are limited graphical options. Thankfully, there is in-game mouse support, although it feels a bit awkward. We assume that Devil’s Detail has simply replaced the stick with the mouse and didn’t tweak it at all. As a result of that, there are ‘acceleration’ effects while aiming. If you are planning on using a keyboard and mouse, we’d strongly suggest browsing into the configuration tool and enabling the keyboard on-screen indications. This option can be found under the ‘Input Configuration.’ Otherwise, you’ll be getting the X360 gamepad icons and you won’t know what key to press. In addition, if you don’t own a microphone you should disable the Voice commands, otherwise you won’t be able to give commands via the keyboard or the gamepad. Moreover, even though the cut-scenes are locked at 30fps, there is no fps cap while you’re gaming which is a big plus. And as you may have expected, the FOV is really low and there is no way to adjust it. 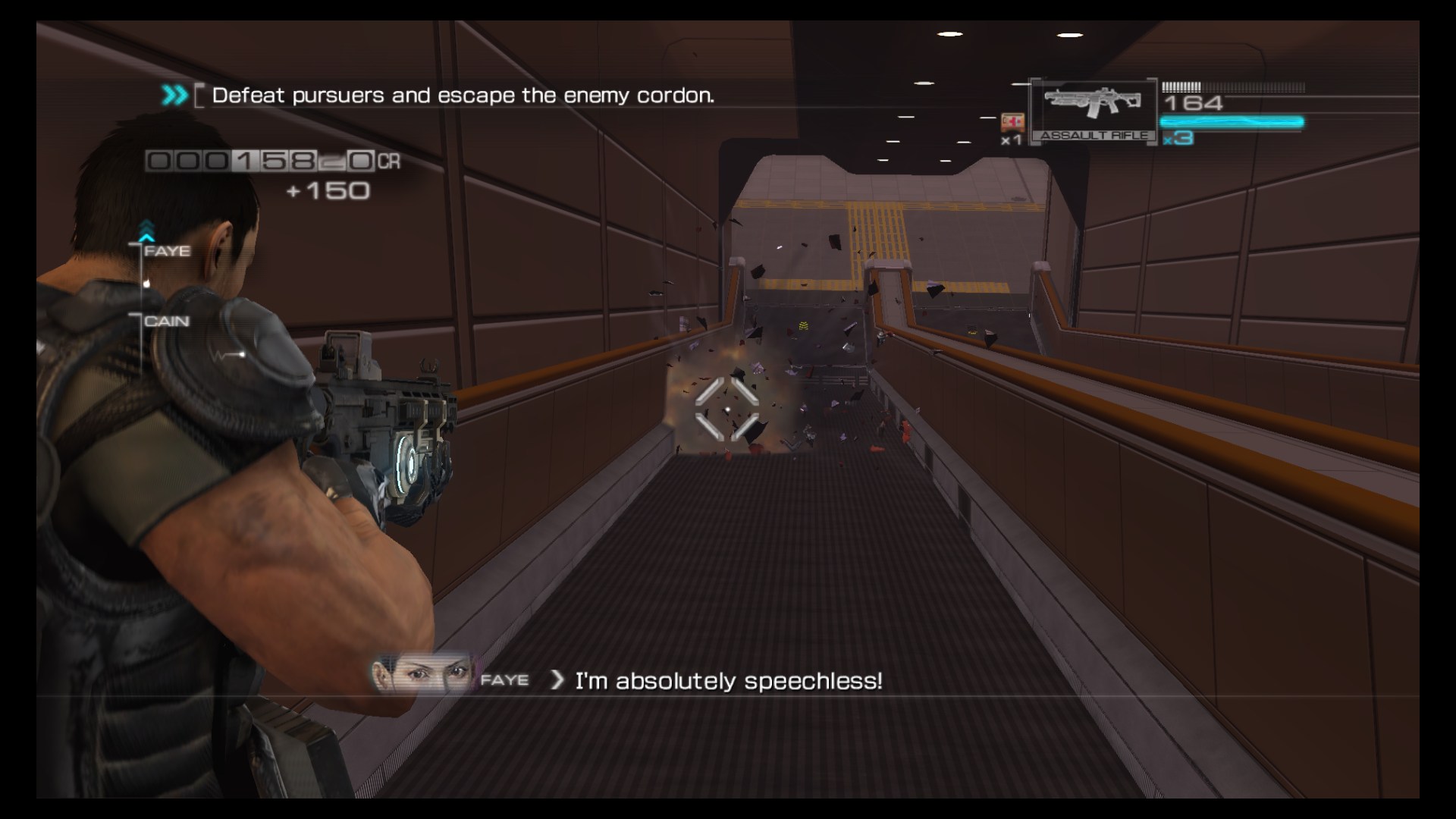 All in all, Binary Domain feels like – and plays as – a console game. This would be a bad thing if Devil’s Details had gone the extra mile to polish the PC version. The fact that the game cannot recognize while you’re playing with a keyboard or a gamepad (in order to show you on-the-fly the appropriate icons) is a big issue. Yes, there is the option in the configuration tool but a lot of people won’t even notice it. Not only that, but the mouse movement feels completely off. These technical issues could have been easily avoided.

Given its technical issues, we can’t recommend it as it’s priced at almost 40 euros. A shoddy port should be priced at a budget price. That’s our opinion. Not only that, but Remedy’s Alan Wake was priced at a lower price and was a better port and came with higher-resolution textures and extra PC features. Therefore, we’d advise you to wait for a special offer. Those interested can also try a demo that’s currently available on Steam. 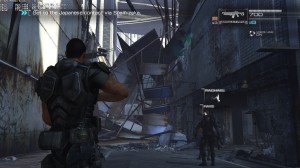 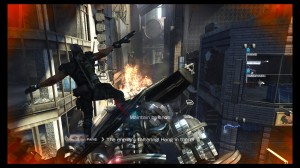 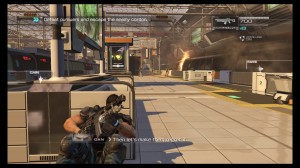 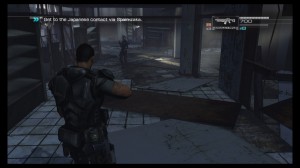 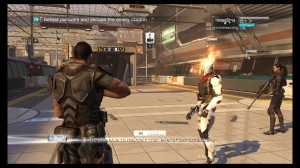 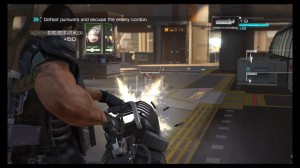 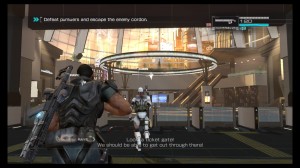 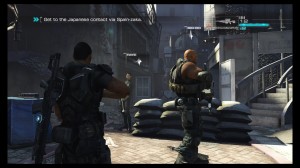 SEGA and Devil’s Details released an update that pretty much fixes all of the aforementioned issues.