Techland has released a new patch for Dying Light 2: Stay Human that attempts to fix issues and features based on community feedback. 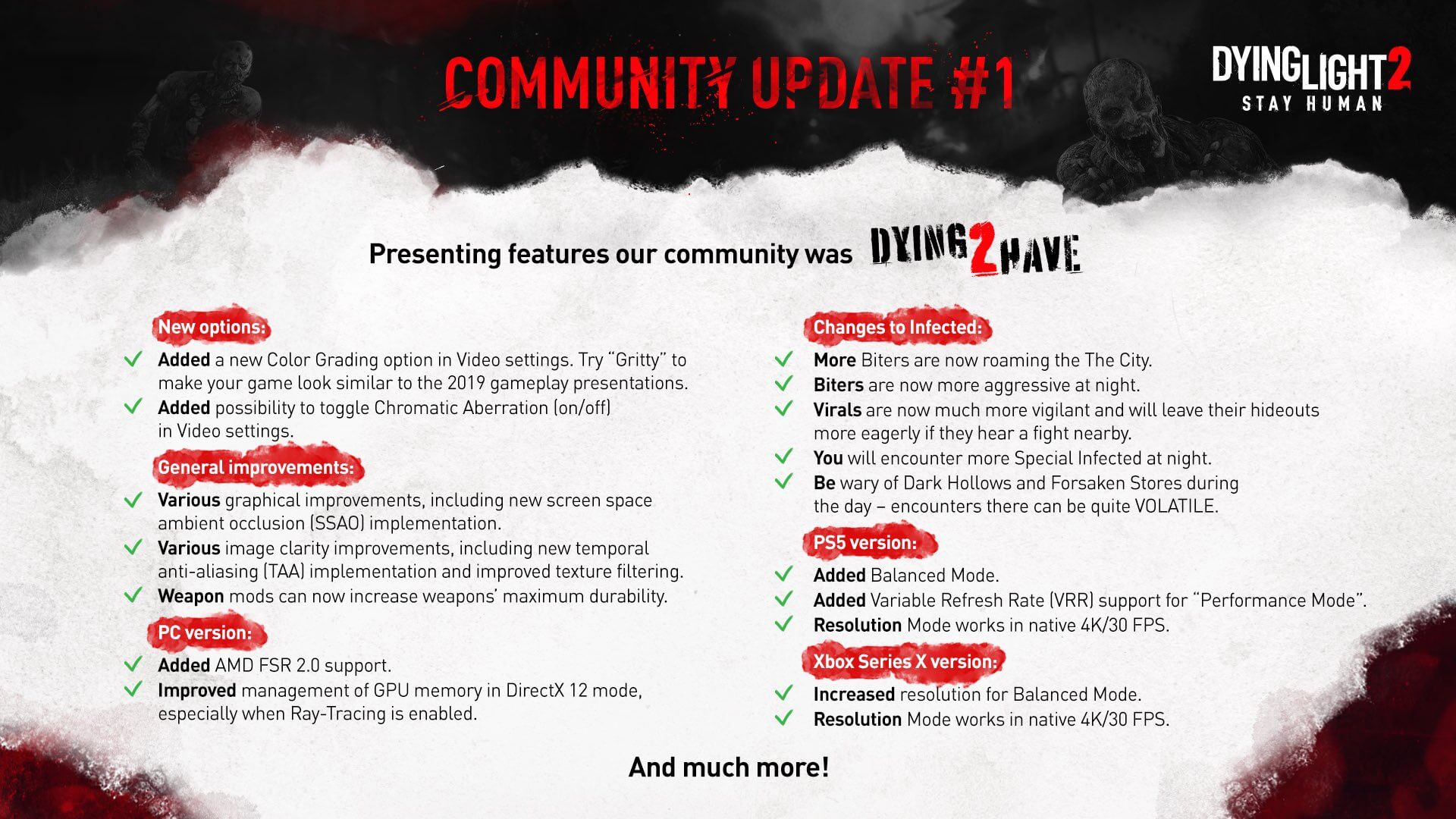 Players can also expect some visual improvements, including a new TAA implementation and improved texture filtering. There is also a new screen space ambient occlusion implementation that aims to further improve graphics.

Techland has also added a color grading option “Gritty” for a game looking akin to the 2019 gameplay presentations. Not only that, but the team has added an option to disable Chromatic Aberration.

As always, Steam will download this patch the next time you launch its client!