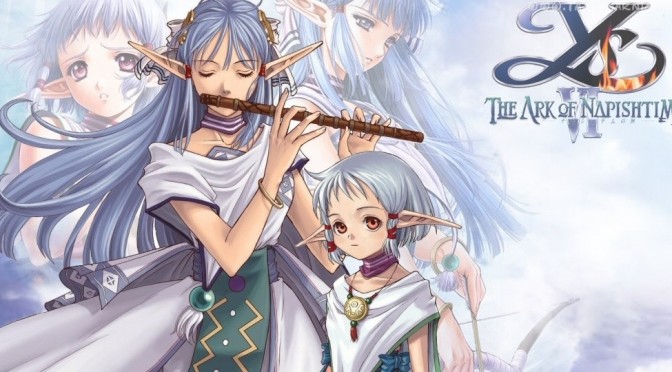 The Windows PC version packs features that aim to modernize the original gameplay experience, including a brand new translation, the ability to warp between checkpoints, an optional “Catastrophe Mode,” and much more.

Originally the first 3D entry in Nihon Falcom’s acclaimed Ys series, Ys VI: The Ark of Napishtim delivers a storyline rich with memorable characters and themes on top of engaging hack-and-slash action RPG gameplay that would later go on to influence other Ys games, setting the foundation that series favorites Ys: The Oath in Felghana and Ys Origin were built upon.

In addition to a brand new translation, high-resolution graphics, full USB controller support, and true widescreen gameplay, this PC version also introduces the ability to warp to any checkpoint previously encountered, as well as an optional “Catastrophe Mode” in which healing items can’t be purchased or stored and are instead used automatically on pickup.

As a bonus, all copies of the game purchased through Steam and GOG.com include downloadable high-resolution art assets originally offered by Nihon Falcom through an exclusive (and very much out-of-print) Japanese fan disc.

The minimum system requirements to run the Windows PC version of Ys VI: The Ark of Napishtim are as follows:

And these are the recommended system requirements to run the Windows PC version of Ys VI: The Ark of Napishtim: