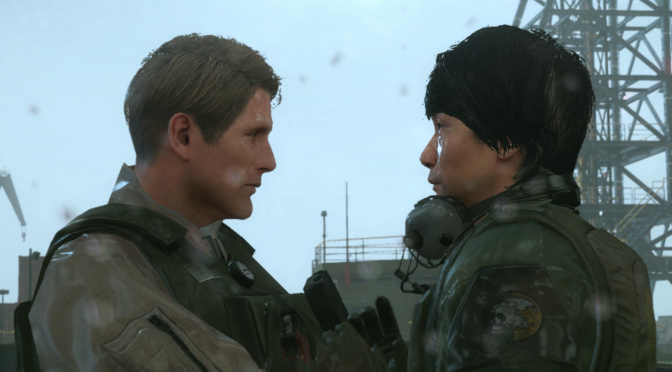 While Death Stranding has not been officially announced yet for the PC, PC gamers can now get a taste of it in Metal Gear Solid 5. Modder ‘JinMar’ has released a new mod that allows gamers to play as Cliff from Death Stranding.

In case you weren’t aware of, Cliff is the character portrayed by Mads Mikkelsen in Death Stranding. So yeah, this mod is something that most fans of this actor will appreciate.

The mod comes in two variations; the first one is Mads Mikkelsen without any helmet, while the second one is with a helmet and night vision goggles. This second version is based on an older Death Stranding trailer, so kudos to the modder. It’s also worth noting that the mod uses the bare arms mod from TMWSTW.

So yeah, this is the perfect mod for those that want to replace Big Boss with Mads Mikkelsen.

In order to showcase this mod, JinMar released a video that you can find below. JinMar replaced Quiet with Hideo Kojima and Big Boss with Mads Mikkelsen. And… well… the result is hilarious.

Below you can also find its installation instructions (and you can download the mod from here).