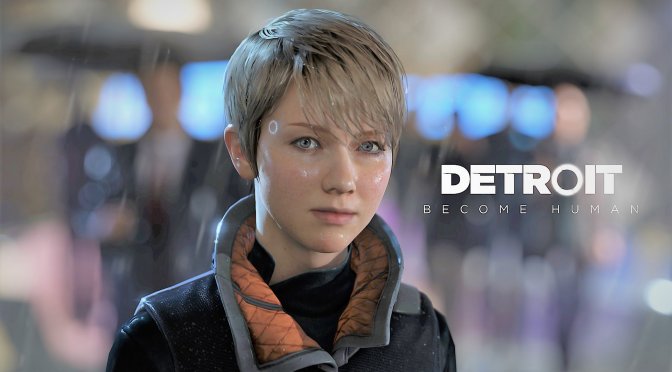 As we all know, Detroit: Become Human started as a Tech Demo for Playstation 3. And while the game features Kara, it has a completely different model for her. Thankfully, modder InterestingMK has released a mod that allows you to play with her 3D model from the PS3 Tech Demo.

Do note that her 3D model will not appear in the Fugitives, On The Run, and Zlatko chapters. From the looks of it, this Kara model has full facial expressions, and works as you’d expect. Now it doesn’t make sense to have this semi-naked model in snowy environments, but I’m pretty sure that some will want Kara look just like her first appearance.

Detroit: Become Human puts the destiny of both mankind and androids in your hands. The game will take you to a near and not-so-impossible future where machines have become more intelligent than humans. Every choice you make affects the outcome of the game, with one of the most intricately branching narratives ever created.

The game is available on both Steam and Epic Games Store. Moreover, the Steam version does not feature the controversial Denuvo ant-tamper tech. I don’t know whether Quantic Dream has removed Denuvo from Epic Games Store.

Contrary to Death Stranding, another PS4 game, Detroit: Become Human had some optimization and performance issues on the PC at launch.

You can download the PS3 Tech Demo Mod for Detroit: Become Human from here. Below you can also find two screenshots from it.