Rocket Lake (RKL) is Intel’s new micro-architecture that will be a direct successor to the Comet Lake-S series of desktop CPUs and high-performance mobile devices. These were expected to hit the market by the end of this year, but the roadmap from Intel paints a slightly different picture.

Intel has been using the same iteration of the 14nm FinFET process node with the Skylake Architecture for many years. Comet Lake-S was also fabbed on this aging process node, which has held Intel back in terms of IPC uplift and efficiency gains over AMD’s Ryzen lineup. The Rocket Lake-S desktop platform is hopefully going to be the last CPU architecture to be based on an advanced 14nm process node. Intel’s Rocket Lake will use a 14++ nm ‘back-port’ of the Willow Cove core architecture. Intel plans to focus more on the single-threaded performance with this new CPU lineup.

If recent rumors are to be believed, Rocket Lake will offer fewer cores than today’s Comet Lake-S series of processors, maxing out at eight cores and twelve threads. We have seen previous Rocket Lake engineering samples with 4.3 GHz boost clocks. But according to a new entry, as discovered by @leakbench, the sample shows a 700 MHz performance boost, up to 5.0 GHz boost.

If we compare the result with Intel’s i9-9900K 8-core CPU, this new Rocket Lake sample delivers more single-threaded performance, a 170 point score advantage. However, the multi-threaded performance isn’t very impressive, since it lags behind core i9-9900K’s result, but since this is an early engineering sample, the final boost clocks may vary.

Strangely enough, Intel’s Rocket Lake-S lineup was not mentioned during the Q2 earnings call, and it was also not present in Intel’s press release or Q&A session. Though, the company did confirm that the successor ‘Alder Lake-S’ lineup is going to launch in the second half of 2021, meaning Rocket Lake-S might arrive a bit sooner than previously expected. The series could launch in late 2020 or early 2021.

When it comes to the Rocket Lake-S CPU lineup, I have another important last piece of info to share with you. Few months ago, one renowned VLSI engineer who goes by the name ‘Retired Engineer’ on Twitter, @chiakokhua, tweeted one of his old findings from November 2019 last year. According to him the upcoming Rocket Lake-S processors are going to feature ‘multi-chip modules/MCM’ of core and uncore GPU dies built on different silicon fabrication nodes.

This is speculation from his side, but he has a strong record of accurate prediction in the past, when he spoke about the 3rd gen Ryzen Matisse AM4 processors being multi-chip modules as well. Apparently, it might be possible that Intel is also designing these socket LGA1200-based Rocket Lake processors to feature multi-chip modules, similar to Matisse in some ways. According to the block diagram posted by @chiakokhua, it appears that Rocket Lake-S is a multi-chip module consisting of a 14nm die that holds the ‘CPU cores’; and a 10 nm die that holds the ‘uncore’ components. But in the case of Rocket Lake the uncore die is more advanced that the CPU die. 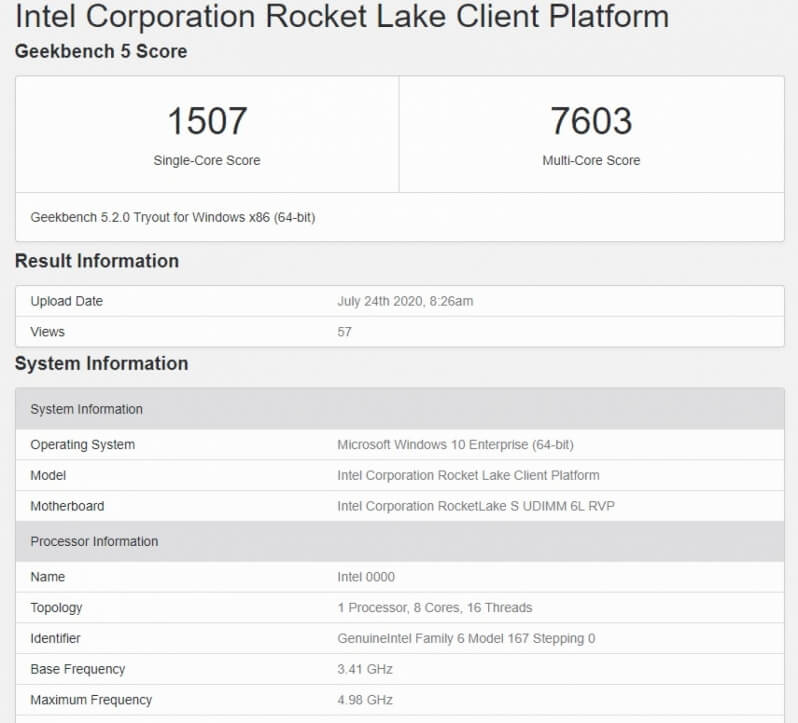